I like the carefree repas. They work as if they were chilling, as if there was no more life after Fruity Loops and a microphone.

The day his first album came out, DJ Gomeko was in the studio in flip-flops and shorts, talking to a partner. I had no music on. I didn't know the album numbers on Spotify. I was not aware of anything. The only promotion he had done: paste the link on his social networks. When I arrived, what he had was the loose clues on the desk. At that time he began to name them. He copied them for me without numbering or anything. I had to see the track list and check title by title.

There are 27 songs and a intro: 28 beats theirs made meticulously by hand, on which 40 delivery men are mounted to do their thing: “tanks are tanks”; “as I do it, you don't do it”; “Mommy, you have me fried, you have me dead”.

A lot of DJs make their records this way, by inviting artists. In Cuban reggaeton, for example, DJ Unic has released a few Experiment, where he sings what most sounds and shines of entertainment. But until now no supporting producer had done it. So if one day the morpha enters the history of music, it should be clear in a little page that this is the first album of a delivery DJ.

Gomeko spent a year working on it. And that the background they come easy. He has told me that it takes him ten minutes to lay out one and then he arranges it according to the theme, when the voices are on. The result is a delicious morpha where they do not repeat loops cloyingly; where the same crosses a marimba with synthesizers than a piano arpeggio with sampled voices than an acoustic guitar with trumpets.

For tsunami (DJ Gomeko, 2020) what cost him the most was fighting the singers, waiting for them.

"I was looking for a starting name, a devastating carving." A cyclone or something like that. And the strongest thing there is the tsunami. There are tsunamis, but "tsunami" is not so good.

From a metatragic point of view, where everything must have an order, a metalanguage, a structure, a drama, tsunami it is not a conceptual work or a masterpiece. There is no point in topic eight being give me a blade and the nine Let you go. It's not going to change anything because you put it back to front. It's not going to change anything because you hear a couple of songs and the others don't —in fact, Gomeko did not raise the Intro to Apple Music: nobody listens or buys intro.

But well: before entering tsunami, before getting into any morpha record, you have to know that this nonsense is its meaning and that, in a certain way, it is also the meaning of life for the people who make it and for the people who consume it.

Another example of this, the cover: Gomeko —red hair, hood and glasses— comes out of a giant wave making a gesture with his hand, half laughing: this here is me, and what you are about to hear is what I do. 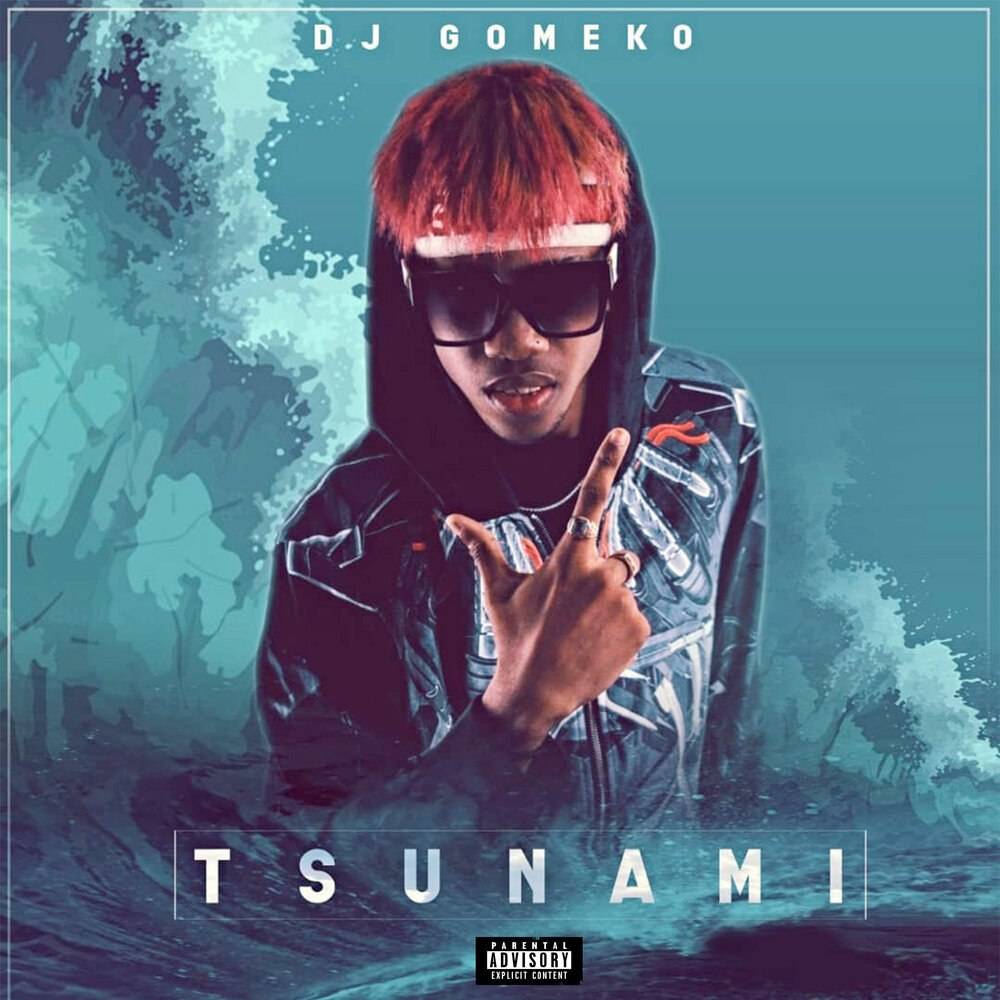 Cover of the album Básico, No Básico y Dirigido tsunami. Taken from the artist's social networks.

So, for almost an hour and a half. Voices parade that must sound to you from somewhere —Harryson, Wildey, Un Titico, Jorge Junior— and others that you have never seen —Walter Blue, Mero Mero, Doble 0, Payaso X Ley. Also Popy & La Moda, which is the group Gomeko has worked with for years, and essentials of the genre such as El Kokito and Lobo King Dowa.

They all say the same thing: “she has something that works for me”; “you are rich, you are hard”; "What does not kill you makes you stronger". And I really enjoy that they do it because I always get poetry out of them. Because those half-sad melodies on tracks kill me. Because they move me even though I never dance. Because listening to them I understand the street.

He also tells me that he had planned to release the album this December; who advanced it because issues were leaked.

—Someone took them from my computer and spread them around.

You have no idea who. One of the thousands who go to the studio and sit at his machine.

I like that ease. I would like to work like this, with a tremendous level of relaxation, as if there were no more life than a box of cigarettes and a Word document.