Maite Hontelé: "I could live happily in Cuba and play every day"

In 2013, with two albums in her biography, Maite Hontelé —Dutch trumpeter, born in the early 1980s in Utrecht, the smallest province of the current kingdom of the Netherlands— released the album leave me like this (Merlín Studios Producciones), also in vinyl format, where the instrument he defended became a magical bridge that united his country, Holland, with the sounds of this side of the Atlantic. That phonogram, a year later, would be nominated for a Latin Grammy for Best Salsa Album, competing with artists like Marc Anthony and Tito Nieves.

Maite, who lived for a long time in Medellín, Colombia, began to cultivate some recognition in the world of Latin music. His impeccable interpretation of genres such as son, salsa, cha cha and boogaloo was an exquisite letter of introduction for lovers of the sonorities that vibrate in these lands.

In 2019, we thought that the culmination of his career would be his fifth record production entitled Cuba Linda (Merlín Studios Producciones / Egrem), which brought together some of the main legends of Colombian and Cuban music, two territories that had long welcomed the Dutch. Names such as Gilberto Santa Rosa, Vicente García, the Orquesta Aragón, Goyo and Robertón —the emblematic singer of Los Van Van— appeared on that list of all stars.

However, that fifth album was just another step in Maite's career. In 2020, the Dutch trumpeter takes a turn in her path; the one for which she continues to retrace the terrain of rumba, Latin jazz, changüí, traditional Cuban and Latin American music, but from another role: as artistic director of the Festival Music Meeting which will open its doors this June 4 in the green facilities of Park Brakkenstein, in the Netherlands.

“Cuba Upside Down” is the main theme of this new edition, an umbrella under which both established artists and new promises of the influential Cuban music scene come together. About all those crossings, and others, he tells us in this interview. 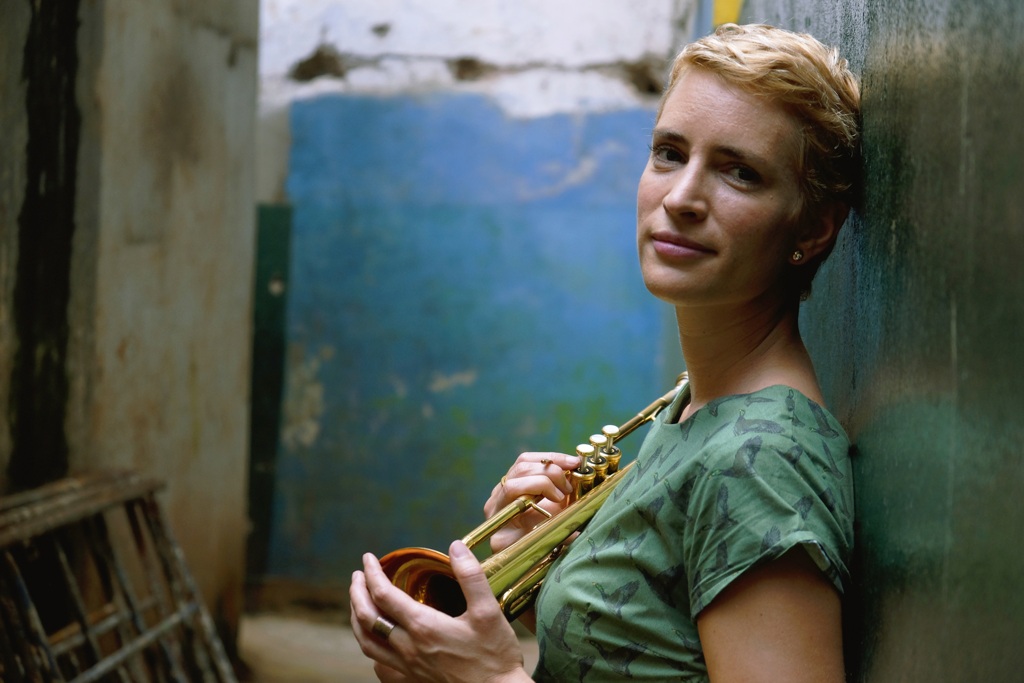 From how many generations do you have ancestors related to music? Tell us about the musicians in your family and your growth in that environment.

My grandfather has been very important to me. He was a composer, pianist, flutist and music teacher. He wrote several courses and books, even. He was very devoted to music education. Then my dad came, who is also passionate about Cuban and flamenco music, about all those kinds of music that are not so mainstream. In addition, he collected LPs, so he listened to great music, from La Sonora Matancera, from New York salsa at the time; and there was also my mom, who enjoyed classical music. I grew up with that diversity, thanks to the good taste of my parents. With a lot of luck.

You studied at conservatories in your native country. Now that you have met music schools in our environment, how are they substantially different?

For me, musical education in Cuba is wonderful because it starts from a very early age. In addition, there are not only schools, in the streets you grow with music around you. Music is born from life, which is also education. I am envious of those who want to be musicians in Cuba. From the outside I think the infrastructure is very good, I don't know the stories in detail, but they definitely have a very deep classical and theoretical background. This creates a base with which one can develop anywhere. And that is enviable.

Here in the Netherlands we have the Rotterdam Conservatory, where you can not only study jazz and classical music, but also Latin, Brazilian, Cuban, flamenco, Indian, and even Cape Verde music. That's why we also have tremendous possibilities.

How does a Dutch girl end up doing —and good— Latin music?

I grew up with Latin music. When I was nine years old, in the band of the town where I lived, they needed trumpeters. So, I started playing the trumpet. Then at 14 I joined a little salsa group, because I wanted to play my favorite music. At the age of 17, I decided that I wanted to make professional music and started playing formally in salsa groups. When I was 23 I did my first tour to Latin America and I discovered that the public that I loved (that I love) was there. Because living music is different than studying it. I needed precisely that experience of connecting with an audience that understands you as a musician.

When and where did your relationship with Cuban music begin? What is the history of the record Cute Cuba?

Cuban music has been in my heart and in my veins since I was born. I grew up with Benny Moré, with Chocolate Armenteros, the trumpeter; but also with Celia Cruz, with the traditional rumba, with many Cuban sounds. I think for me it is the essence. The melody of my trumpet is what I learned from Cuban musicians, and the rhythm too. Without the key I feel a bit lost and really the Cuban rhythm seems marvelous to me.

The disc Cute Cuba It is a dream come true. After making four albums, the fifth had to be produced in Cuba. I dared to do it when I already had many connections with Cuban musicians. That is very important, knowing the environment, the culture, and also for me it was significant that I already had some recognition and that people accepted me as a musician, knowing that my base when playing the trumpet is Cuban music. So, with those foundations, I arrived in Cuba and said: “I want to record here”. I spoke with many musicians, with Alain Pérez and with Egrem. Finally, everyone wanted to work with me and with my production house in Medellín, Merlín Producciones. And so it happened.

We read that you have closed the trumpet case. Is it so? Due to your participation in the Music Meeting as a curator, it seems that cultural management will be your new life project. Why this change, this choice?

Sometimes things are not chosen, they just happen. I have been playing the trumpet for a long time and this is an instrument that requires a lot of study. I got tired of that life, so much so that it gave me a burnout, that moment when you can't take it anymore, and I had to stop for a while. I'm still in that time, looking at how I can be happy in music. Now I am happy as a healer. One can move within music in different ways, and who knows with the trumpet… Three years ago I said never again, but today I am opening myself up a bit to the idea of starting to play again. We'll see.

You have already recorded with the Aragón Orchestra, Rubén Blades and with Herencia de Timbiquí. What other Latin American music artists or groups remained on your to-do list?

Obviously that list is long. I love connecting through music. The list can go from Julieta Venegas, in Mexico, to Issac Delgado, in Cuba; any artist. Because I listen to a lot of Latin music, but also pop music. I would also love to record with Sting, for example. They are dreams, of course, but you have to say them out loud to try to fulfill them. Juan Luis Guerra is another that I would love. And with all Cubans, of course. I could live happily in Cuba and play every day. 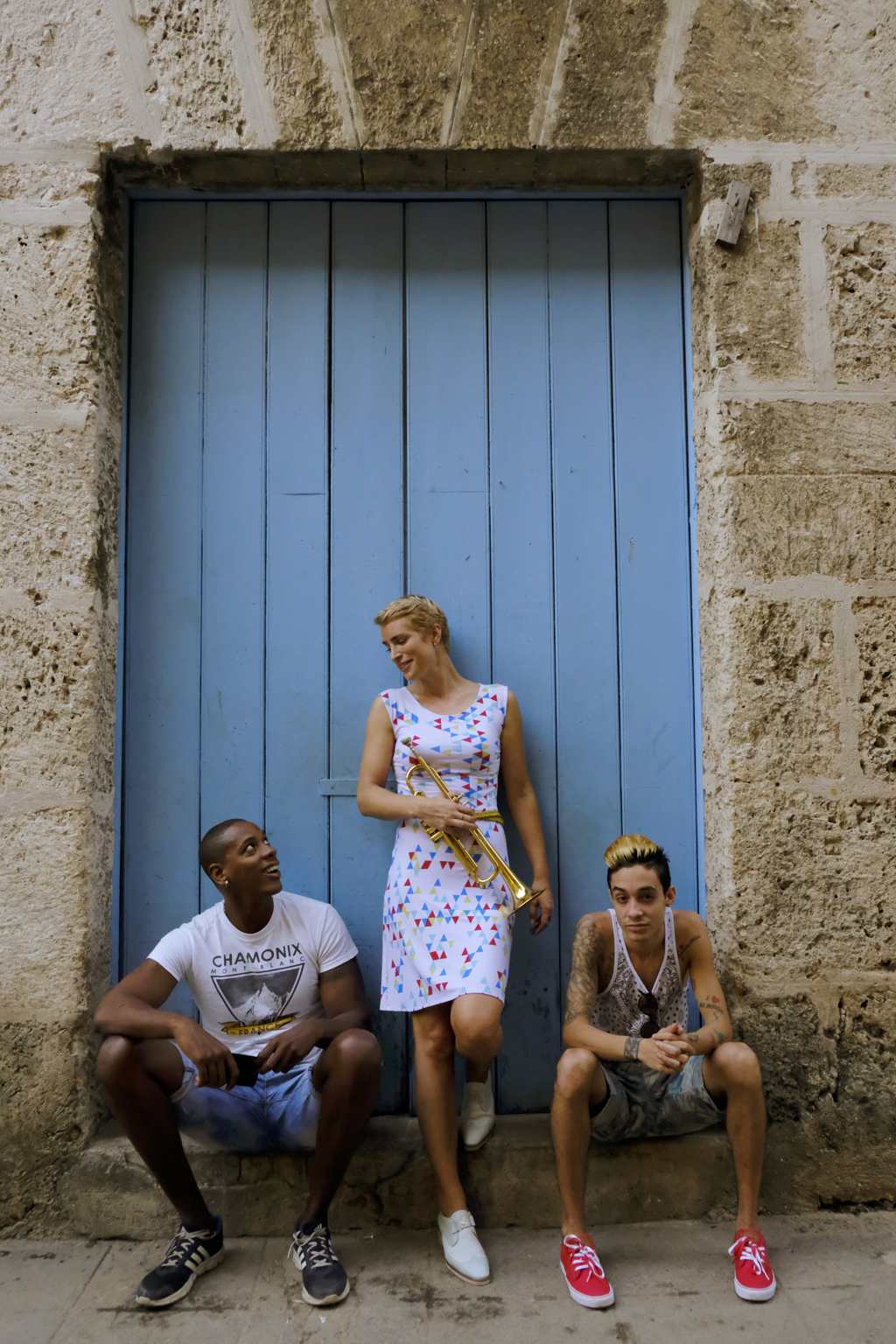 What is the perception of the majority of Dutch people about Latin American music and Cuban music?

That is exactly why this festival is so important to me. Because people here don't know anything about Cuban or Latin American music. It does not sound on the radio, it is not heard. Obviously there are many dance schools but they focus on very commercial music or mainstream, or in bachata, in zumba —that people think she is Cuban, but not—. There is a lot of ignorance. I think I have the task of showing Latin American and Cuban music. I'm working in it.

This year you have curated a huge festival, the Music Meeting, promoting a relatively important presence of Cuban music. Are you happy with the results of your work?

We're only a day away from the festival, so I can't talk about the results yet. But what I can say is that ticket sales are going well, I'm super happy with the programming. The public will experience a very important edition, where the 30 % is for Cuban music and the 70% is for other music. We also have a stage where you will not only enjoy music, but also interviews, readings, documentaries. It is a stage where we tell the stories behind the music. I am very happy, knowing that the public is going to experience something very, very beautiful. She is also happy with the collaboration of this magazine, which has contributed to the public knowing Cuba better.

Adriana Orejuela and the gifts of the search