Go to Jazz Plaza concert on Monday at 6:30 in the afternoon is one of the most anachronistic sensations that a regular of these appointments can feel. Like me, they must have thought the dozens of people who did not occupy the numerous empty seats of the Covarrubias of the National Theater, a room in which bassist Gastón Joya and his New Cuban Trio radiated beauty for about an hour (the most curious part of case is that I arrived minutes before the beginning of the presentation and at the box office they announced that the tickets were sold out ...).

Superbly escorted by the talented Marcos Morales and Adrián Estévez -battery and piano, respectively-, Gastón only needed to offer us drinks to move completely from the rigid seats of the theater to the cozy half-light of the jazz club, thanks to a discreet and successful use of lights and smoke machines and the intimacy of their musical proposal, closer to the jam than to the formal concert. 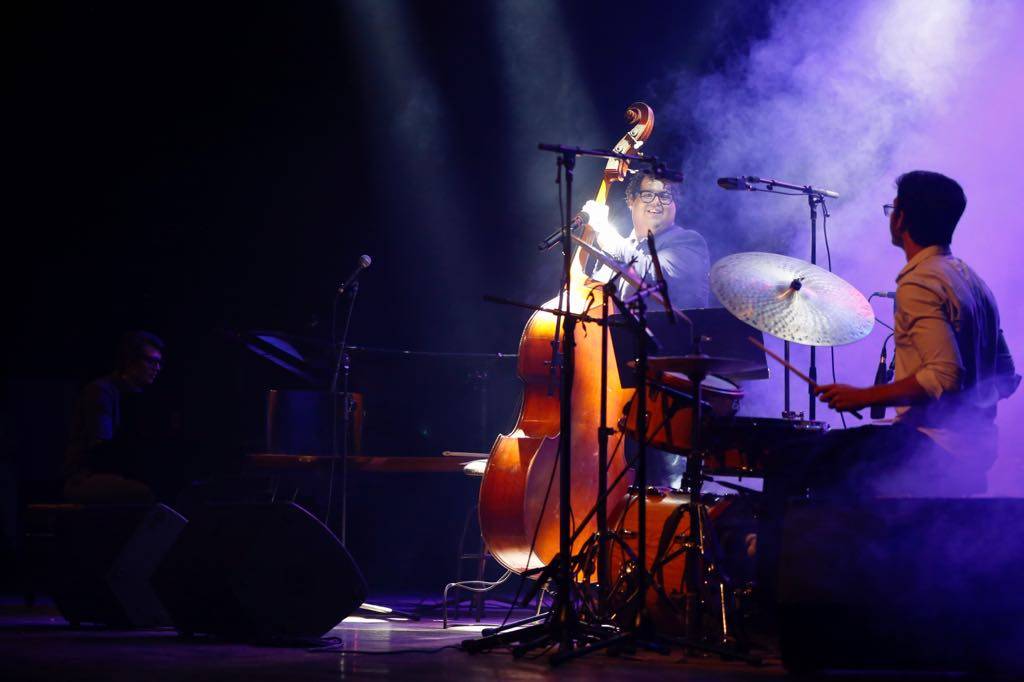 Gastón Joya and Marcos Morales in the Covarrubías room of the National Theater of Cuba, at the Jazz Plaza 2019 Festival. Photo: Gabriel Guerra Bianchini.

After a decade of elbowing the world jazz elite, thanks to his participation in bands like Harold López-Nussa, Omara Portuondo and Chucho Valdés, Gastón has won in his own right a place in the Olympus of the genre on the Cuban island . His spectacular sense of rhythm, the musicality of his performance, his ability to serve as a perfect hinge between rhythm and melody and his continued defense of the use of the contrabass make him the absolute heir of the Cuban tradition of bassists, that which links Cachao with Carlos del Puerto with that Cuban spirit that is Javier Colina.

They had to spend 33 years of Jazz Plaza and 31 of Gastón's life for him to have his first solo concert at the Festival. As is clear, these jousts were not alien to him at all. But it was now that it was time to speak in the first person.

Last Monday was a personal tour of all that music that backs it, and began with the standard Mambo Inn, by Mario Bauzá, one of the foundational pillars of the cross between Cuban and North American jazz. In the future, the trio reviewed a good part of Mom Ina, his most recent album (selected as one of the best of 2018 by this magazine), a mix of classics like No te empeñes más, by Marta Valdés - "let's say, she's a jazz composer," she said - and I besieged her, of Rafael López, with themes of his own authorship, in which Gastón confirms his credentials as a man of roots.

Special mention for topics such as Messie Julian, by Armando Oréfiche and popularized by Bola de Nieve, and Three cute Cuban, by Antonio María Romeu, in which the guests of the night came on stage. Bobby Carcassés, inspiring spark plug and blessed guilty that there is a jazz festival in Havana, he endorsed Bola's song with a version in the scat what he likes so much For his part, Enrique Lazaga, teacher of generations in the art of danzón, and Gabriela Joya, younger sister of the bassist, added güiro and flute to deliver an execution in the purest style of the brass bands. 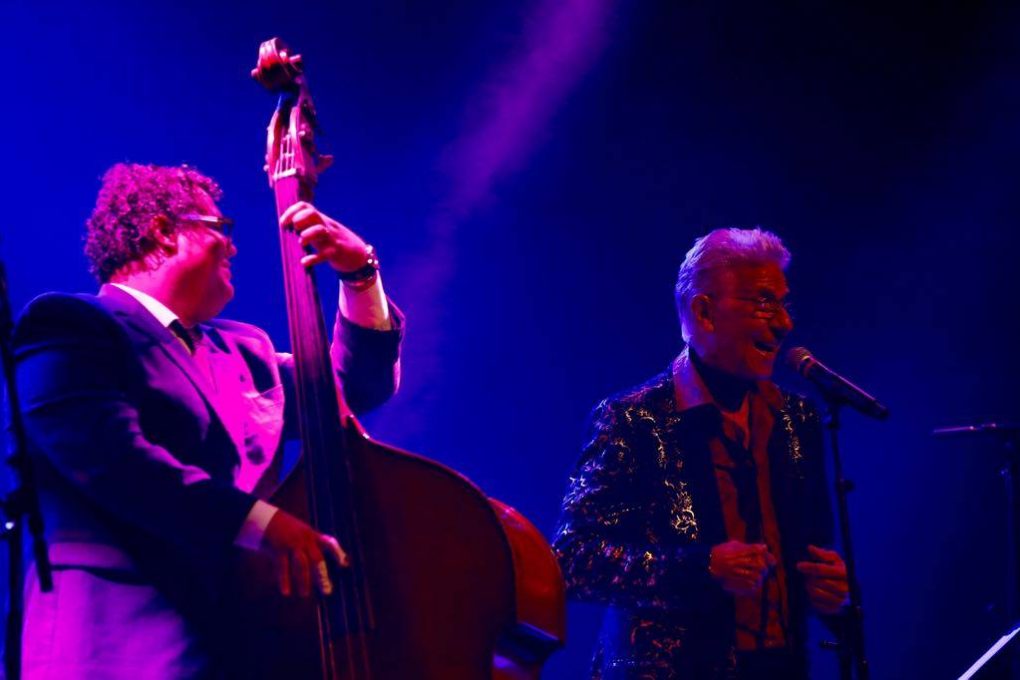 Gastón Joya and Bobby Carcassés in the Covarrubías room of the National Theater of Cuba, at the Jazz Plaza 2019 Festival. Photo: Gabriel Guerra Bianchini. 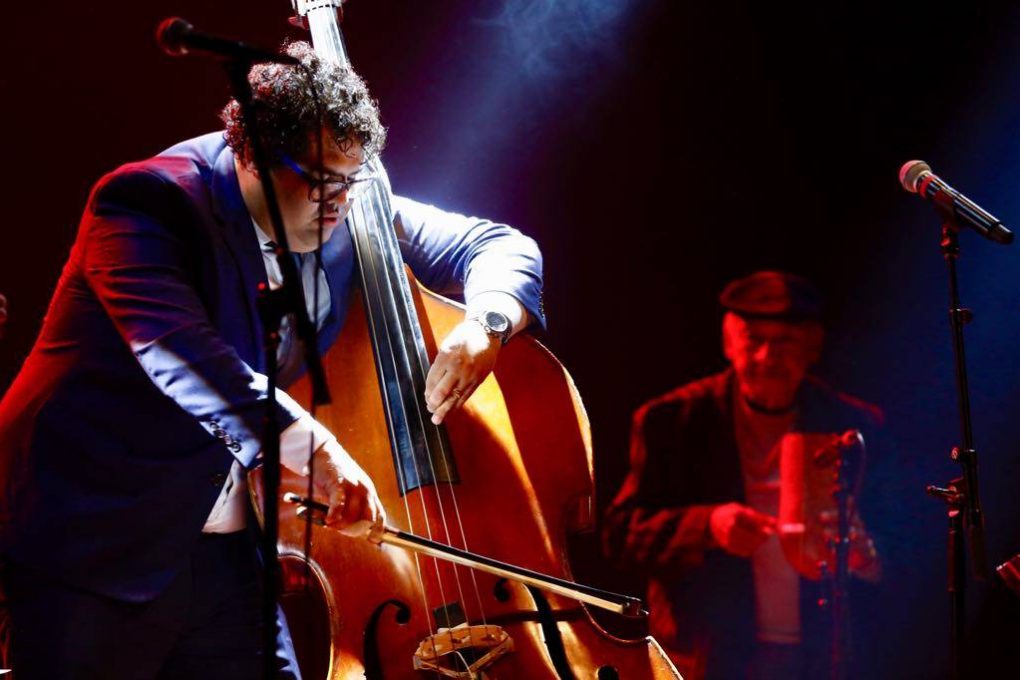 Gastón Joya and Enrique Lazaga in the Covarrubías room of the National Theater of Cuba, at the Jazz Plaza 2019 Festival. Photo: Gabriel Guerra Bianchini.

Gastón has built a particular church around his instrument, a church in which he serves as a prophet and preacher, and to which he invites us from time to time. We can commune or not, but that is not what sustains their faith, if not the passion confessed by Cuban traditional music and that column of wood, air and steel called double bass.

In the dialogue that is jazz (never competition, something that many often forget) Gastón converses with another era, it is synthesis and antithesis at the same time of the Cuban jazz avant-garde, edge and center, in a sort of curious Schrödingerian phenomenon.

Would someone be shocked at this point if I say that Gastón Joya is the best bass player in current Cuban jazz? I suspect not too many people. Equal exaggeration, but what are good concerts, if not to leave us in that state of hyperbolic ecstasy.