It sounded suspicious: an all-star reunion at a Sony-sponsored world music concert club in the heart of Manhattan. It sounded like it could be more than usual: another meeting of stellar musicians who, when they get together, illuminate less than separately, because in the eagerness to prove who shines the most, they end up blinding you with their caps. Ray.

This was the payroll: Issac Delgado, Alain Pérez, Pedrito Martínez, Tony Succar, Robby Ameen, Issac Delgado Jr., Juan Munguía, Mike Rodríguez, Conrad Herwig and Bobby Franceschini. All in a good time. What they do resonates a bit beyond the small cosmos of New York Latin music; they are admired, longed for. Several times, in various contexts, I have seen them with their own groups and creating under their own law. Maybe that's also why I was suspicious. In truth, as the Cuban singer and manager of this meeting, Issac Delgado, proposed, could they achieve a whole that was greater than the sum of its parts?

Because of that everything as a concept far from the marketing —which is usually the support and reason for the All-Stars— and closer to the love of music —says Delgado— it's about Con Tumbao. It is a project that they launched at the beginning of June this year at the San Francisco Jazz Festival. To present it, the festival announced that it was an "extraordinary group that was reimagining some of the classics from the Great Latin American Songbook." Delgado, for his part, insists that a “good way to connect with your audience is by playing what they know and want, but reinventing it in a more spontaneous way”. 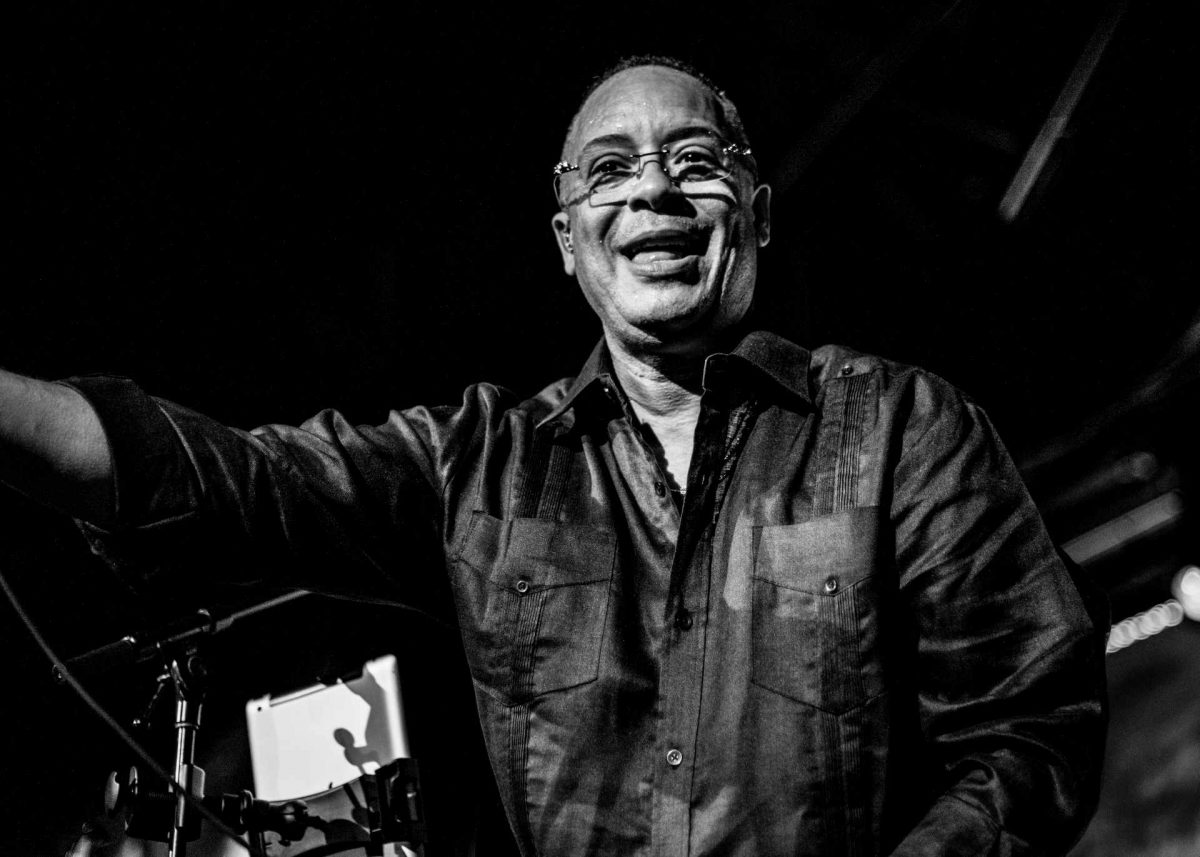 Reinvent, innovate, reimagine, rethink, all those words that musicians, curators and journalists often use in these contexts baffle me. They don't tell me anything because they often try to fill the void that the mere repetition of a past seeks, because they often attribute impossible intentions to the simple activity of entertaining. It seems difficult to me that there could be a strictly musical purpose —or at least one that coincides with such theoretical designs— in the tour of a group of very good musicians who perform songs together that they know they love, or that others of us have already grown bored with so much. hum, but we could still enjoy. I think that in any case the matter becomes a matter of brands and promotions. One looks at that list and despite all the doubts one says: Wow! How will these monsters sound together? What will they do? And then one, or someone like one, pays whatever it takes for those tickets and with the same action confirms the main purpose of the project, which is still commercial.

Which is fine, I think. It's good that at least sometimes musicians can charge very high fees. It seems fair to me. That's why I'm going to see them too. I listen to them and verify that, in effect, what I have in front of me and on that stage with magnificent amplification —the Sony Hall— is excessive. In the best of the senses. It does not matter if what they interpret is a song that I no longer want to hear —I come with I will go, let's say—, it matters that when I hear it at that precise moment I feel how it permeates me from the crown of my head to the soles of my feet, I feel how it knocks down my prejudices, how it impacts. 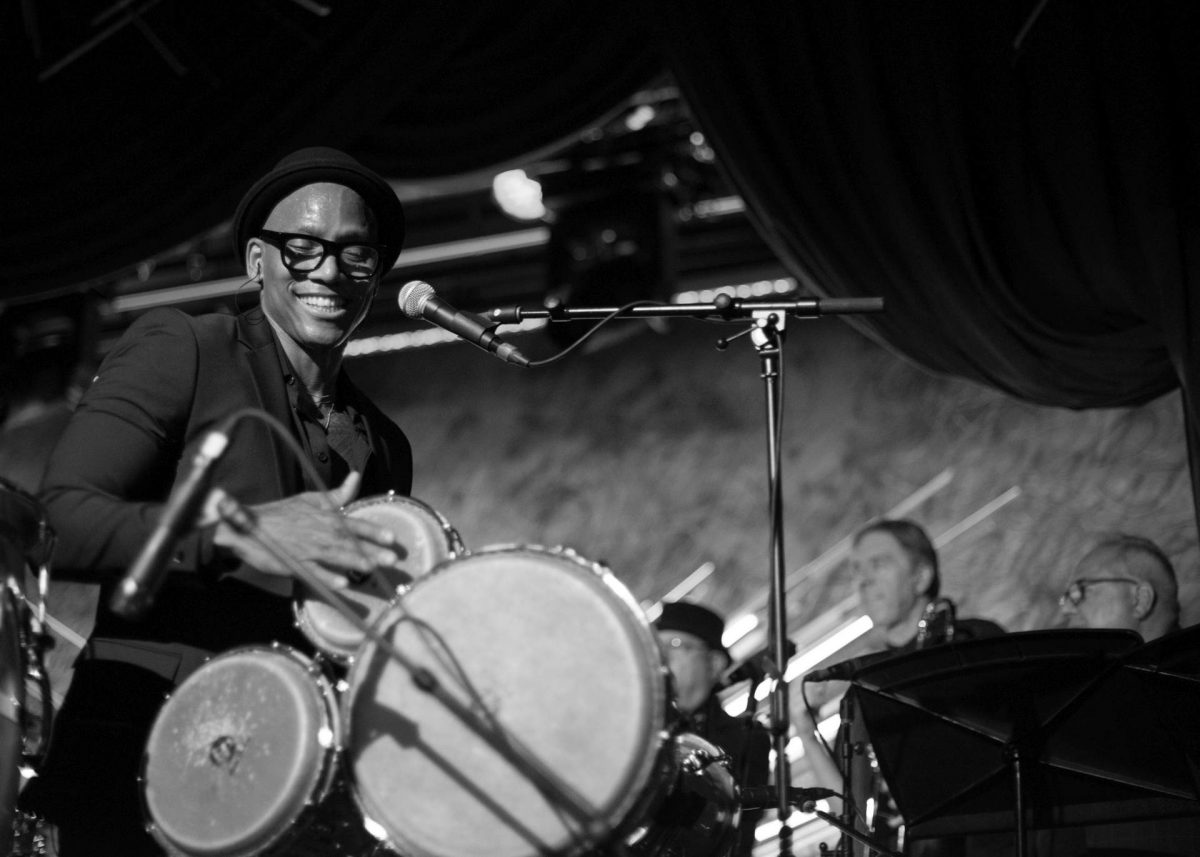 I don't know where to look because I want to look at all of them at the same time. They are musicians who, together, not only compose a rhythmic instrumental flavor but also project an image whose effect is addictive; they infect me with something that I don't know how to translate but that is more intense and vital than joy. I like to follow with the viewfinder of my camera the vertiginous but subtle clapping of Pedrito Martínez on the congas, and admire the precise dance of Robby Ameen on the drums. I had not seen before Tony Succar on stage, but ever since sound engineer Jon Fausty told me I had become his favorite timpanist, I made it a point to listen to him more carefully. I discovered an album of his called Half BloodI added it to my short favorites list. It is jazz and Afro-Peruvian music, it is Afro-Peruvian music in jazz. And it is not its rarity but its intelligence and sensuality that makes it relevant.

Succar is one of the very few Peruvians that I have seen form part of this small cosmos in which the majority are Cubans and Puerto Ricans. I was impressed by his elegance, his perennial smile that did not loosen even to sing the choirs. But the one who was really impossible not to look back, who the video capture from dozens of phones in the club was directed at, was the bassist who danced with his instrument and sang as he danced and danced as if in love. Alain Pérez is a particular case because bass players are not usually the most striking musicians. On the contrary, they are behind, they are the least visible, and many times my favorites also for that reason, because they do an enormous job, essential, but they do not have the courage to appear. 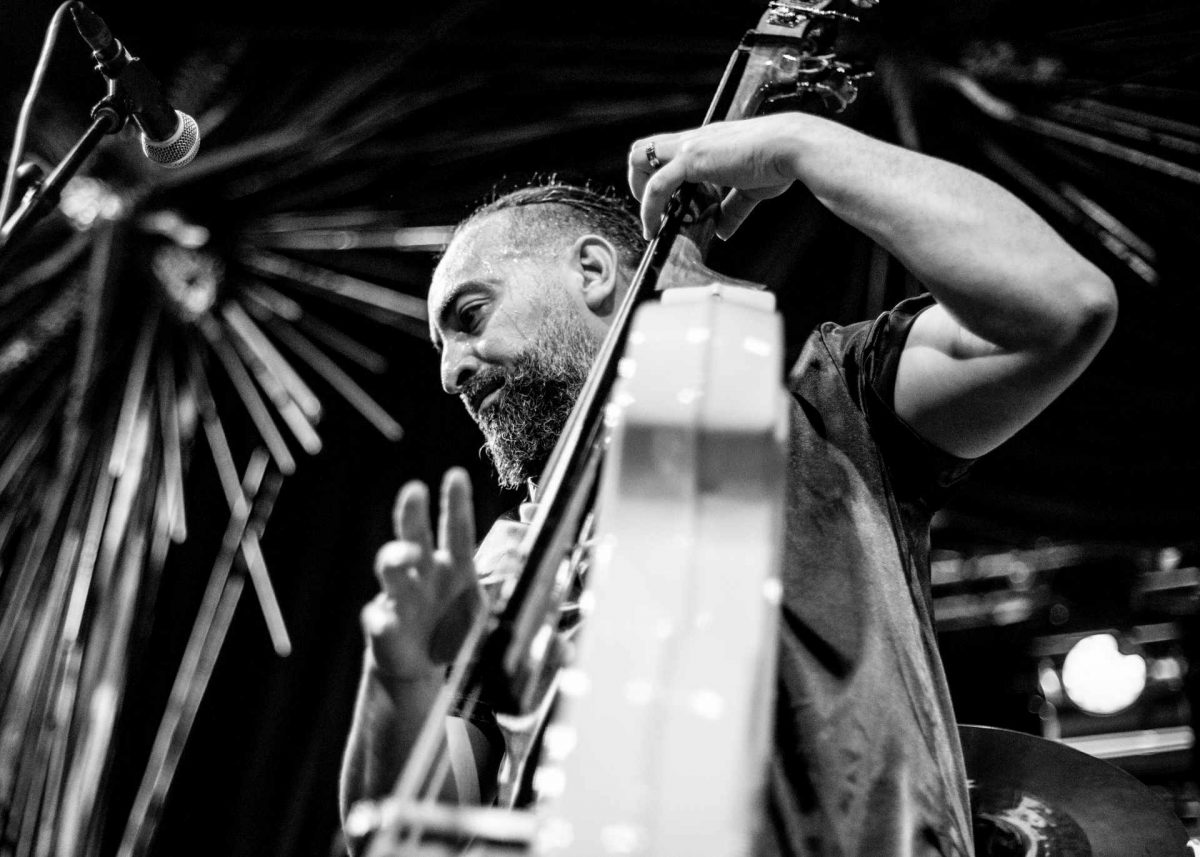 Alain Pérez, on the other hand, does have it. But in your case it matters little. More than seeing it, it is fascinating to listen to it. And more than seeing them all, it was comforting to hear them together because in addition to showing me that a meeting of stars can sometimes form a constellation of flavors, it left me thinking about the emotional transfer; in how much of the good and genuine relationship of the musicians on stage, affects the public. There is a peculiar appetite in concert halls. I have been noticing this for a few weeks, it seems that we have a voracious hunger for music, a hunger that precedes a yearning for gluttony and that when it comes across things like this it devours, absorbs, and returns a gesture of satisfaction to the musicians who At the same time, it incites in them another need to create.

Perhaps we are passing through an important moment in which a small and attentive public is once again actively influencing the musical creation itself. I don't think that music is only affective contagion —it's a romantic idea— but I do believe that, unlike other arts, it happens collectively, by action and reaction, audiences are very decisive. In this way, the purpose of connectivity with the public that Issac Delgado spoke of makes more sense, who, by the way, served as a disinterested moderator in being the center, as an artist who is very clear that music is the only priority. Which is no small thing, I think, because singers often forget that.

I was left with the longing to hear something of that richness of Afro-Peruvian music affecting jazz, which Delgado has promised to include in this project. I was left with the longing to hear at least one version of a song that came close to transcending its original. I am grateful, however, for the good romp that your interpretations of Not worth it or what's wrong with you crazy they provoked me, they provoked us. Inevitably, this question that I have been asking many musicians for a long time and few have been able to answer also comes back to me: When will these All-Stars stop being synonymous with All-Men?

Marcela Jewel He knows how to do useful things, like cut other people's hair and get others drunk, but he prefers to listen to music, write and take pictures. In that order. More posts