What is essential is invisible to our eyes - someone put it in the mouth of a little wise man - but for how long? Until the day his reveal is a surprise. I write about two languages (Bis Music, 2021), the debut —phonographic and audiovisual— as a pianist, percussionist and composer, of Ruy Adrián, Harold's brother, son of Ruy (the one from La Academia) and Ernán's nephew. All of them with the surname López-Nussa. Yes, because this is also a family affair. Remember that detail well.

And it is that until now, the window to enjoy this young man's work more regularly was, fundamentally, his brother's concerts. That is why I insist that for me it is a surprise; a very pleasant one, for the record.

On the other hand, it is commendable to assume that, with piano and percussion studies, in constant hustle and bustle of recording sessions and with a cosmopolitan look by dint of stepping on the most representative squares of the international jazz circuit, this artist ascends steps in his overcoming of the point of feeling that the time has come to publish their own material. This debut is about that passion, that double drive. 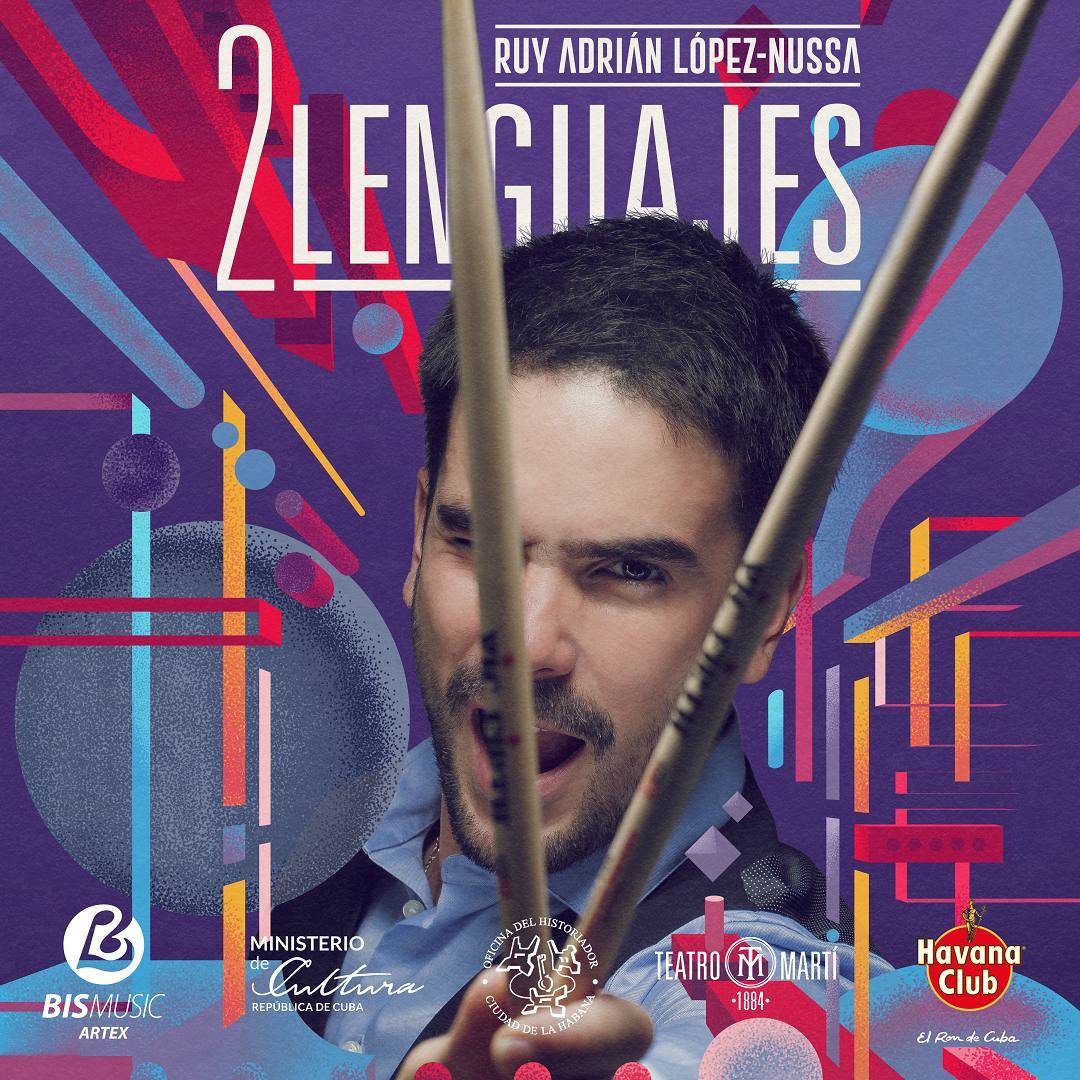 The phonogram/DVD is preceded by a calm curatorship that can be seen in the generic diversity of the pieces and in the instrumental pitch that was obtained with the invited colleagues. Here are nine original compositions and the version of a Cuban classic like The manisero, interpreted in duet format. The guests invited by Ruy Adrián to his debut feature boast a large list of winners. However, they appear here because they share a common path on the local and global scene; and by that matter of the brotherhood, of knowing how to speak the same musical language (again the language) that transcends jazz. There's no room for him bling bling. Il n'y a pas de featuring ici.

At the beginning of the album is h and 25, one of the three pieces in which Harold Lopez-Nussa takes a place at the piano; where the brothers offer a superb demonstration of Cuban jazz in tribute to the home as a nest of upbringing and teaching. More than mutual complementation, the decade and a half that these avatars have been sharing already allows them to sense each other on stage. And this is appreciated and enjoyed.

Two Sounds, in interaction with Ruly Herrera (drums), allows us to appreciate Ruy Adrián's signature tics like in no other piece. Overlay multiple tracks with loops, creating a base on which Ruly conducts the song, while he improvises on keyboards to finally close with a dialogue of two drums, interweaving a rich harmonic-rhythmic skein. In Guajira, for her part, Daymé Arocena lends her wealth of voice to scat a guajiro stitch motif in conversation with the percussion.

I stop on a topic like noisy, bonus track  unfilmed, which travels the paths of electric jazz fusion —rescuing labels from the last century— with Elmer Ferrer's guitar as the propulsive protagonist. Just when he executes his distorted solo, dirty, in the purest style shredded, Ruy Adrián, twists the rhythmic base, the shell as well, towards the Cuban key, combining two modes in one. Undoubtedly, a sample of balance in a repertoire where the acoustic prevails.

As if it were part of the dream promotion campaign, the release of this CD/DVD on February 5 was followed by the announcement in the first decade of April that the piece To Lyle —dedicated to the pianist and composer Lyle Mays and sent by Ruy Adrián to the Tete Montoliu Jazz Contest, of the General Society of Authors and Publishers (Sgae)— had won the First Prize, among 151 participating works. That, I think, forces us to look back at the pieces contained in this debut, to reassess this budding author. (By the way, in Cuba, only Alain Pérez and a Ernan Lopez-Nussa. But I had already warned them, that this had to do with the family).

The stage of the Teatro Martí became a majestic venue for this musical staging, filmed and illuminated with elegance, in intimate shots and in total function of the internal dynamics of each of the pieces performed. The empty window, a reflection of the exile of the public, avoided collateral scenes to the main show, but it will remain as a watermark of a fateful season.

something that collapses fourth wall, and brings it closer to our gaze as a spectator, is that the protagonist of the phonogram, always smiling, does not expend the pose of the demiurge tormented or seized by the creative act.

This phonogram brims with a few pearls: how to describe the virtuoso dramatic frenzy of a song like Boundary, with Aldito López-Gavilán on piano, or the harmonic melodic interaction of Back to Cuba, with Ernán on vibraphone and Ruy Adrián on piano? For language purists, looking and listening means reading, but music escapes words, the dictionary doesn't admit it. That is why I feel the urgent need to invite them.