—I'm going to tell you how the group came about, but I won't tell you the reason for the name. I would lose the magic... flow.

In the next two hours, no one will shut Tobías up—nor will anyone make him give an explanation of the name of his band. He doesn't stop talking and eventually interrupts the rest. Cigar in hand; the other at the waist. With a restless and bare foot he marks the rhythm; the others follow. When the whole world mates and the notes come out in size —as he himself would say—, releases: “Water, how delicious!".

He gets into everything, colloquially speaking: he plays the guitar as well as the piano, directs, sings, evokes Chocolate even though it doesn't coincide with the messages of his lyrics. He admires the cast and doesn't bother to hide it; There are no reasons.

Yossiel Amaro, the trombonist, interrupts him and out of nowhere he blurts out: "Gentleman, I always dreamed of this moment, of being interviewed." Joel del Río, the bassist, Kevin Espinosa, the freaky guitarist, and Lachy Torriente, the jazz-loving trumpeter, say nothing but smile subtly.

It is the fourth group lineup created in 2018 under the name Tobías Alfonso y su banda. With the exception of Tobias, already none of its first members remain. Now, they call themselves The Milky Monkeys and, when they are in confidence, the most chalky band in Cuba, because "you have to stand in front of the mirror and repeat to yourself ʽthis is the best band in Cuba' and, above all, believe it", says its director, with a security that only seems to lose at times.

Something has not changed since then: the 12 dairy monkeys now have the same desire —or more— to compose, to produce, to have an endorsement from the National Center for Art Schools (CNEART) that recognizes them as musicians. Want to play in Gibara, in Las Romerías de Mayo. Eager to interpret their repertoire in small private bars, but also in state institutions, where the influx of public is greater.

They avoid labels, perhaps, because by defining themselves with a genre, the public demands the same musical line. "The monolactation, that's our gender”, is suddenly heard in the room that, hours before, served as a rehearsal space.

"We played a A little of all. We conclude that even a pop tin; there's a lot of funk too,” adds Lachy. "Our sound is quite eclectic"incorporates Kevin.

"Each song is different: Girl It's a combination of jazz and world music, is not a strictly Cuban rhythm, but Caribbean and African. fresh It's funk, trip hop. Meteorite is a guayasón —genre created by Gerardo Alfonso—, and Spring It is the most traditional theme, it has traditional son, charanga, latin and timba"adds Tobias.

So the monolactation they reinvent themselves, they venture into various styles, they are in charge of their own musical arrangements; in 2020 they even created a documentary miniseries about each member. Its musicians —it could be said that they are omnipresent— play with other bands: Kevin Espinosa, with Fito del Río y la Granja; Yossiel Amaro, in the Joaquín Betancourt orchestra; Claudio González and Tobías, in Misifuz; Joel del Río, in two more groups, and Lester Domínguez, in about eight, but when it comes to rehearsing Los Monos no one is missing, everyone is on their own and each performance proves it.

And it is that the majority of venues for big bands are decommercialized. Right now, the places that are profitable for these groups are private bars that accept small formats, says Joel. 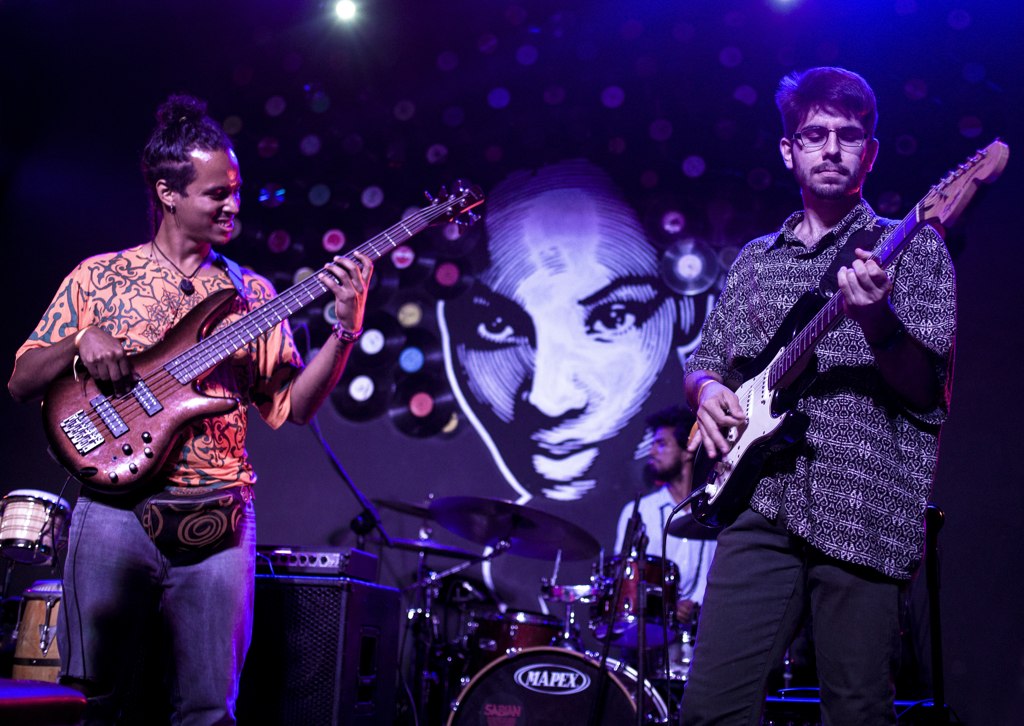 Do you feel part of the genre you play? How is your relationship with him?

Tobias: I'm not going to answer that question. It's too controversial for me, but a good complement to this interview could be to ask other groups.

Our generation has the characteristic that all projects are interconnected. We belong to the same current. There is a factor that unites us and that is witnessing important cultural events since the year 2000: the three times that Fito Páez came, the International Jazz Day celebrations, the Leo Brouwer festivals and the Havana World Music, to name a few.

We are an extremely competitive generation, a healthy competition, let's say. We are also united by the desire to renew the panorama of Cuban culture, each one with their specific perspective on how to do it.

Because yes, Cuban music is very vast, but some Cuban artists and institutions do not perform optimally. It is not absolutism —he clarifies— but a majority factor. In the cast, for example, there is a lot of quality at the level of marketing, at the level of musical production and the concept of selling. They have the purpose of becoming famous, we have the same and to make good music too.

The professional training of some of the members of Los Monos Lácteos has not been a matter of debate or, at least, it has not been like the fact that its director —Tobías— is one of Gerardo Alfonso's sons.

"My artistic career, and that of the band in general, has been undervalued for being the son of who I am. Tomorrow I'll do a concert at La Tropical, it's packed, and people are going to say it was because of my father's influence.

"My dad is my first influence, my role model. When we did the concert at Bellas Artes, the only thing he said to me was ʽI'm very proud of you', because he has always encouraged me to improve myself. At this point in my life, where I have the admiration and respect of him, my musicians, friends and the public, the opinion of the rest is insignificant.

"Any observer will see that I am struggling. At first when I actively participated in trova events, it may have been more confusing, but now you don't have to be a Nobel Prize winner to realize the sacrifice... that the monkeys we are eating air". 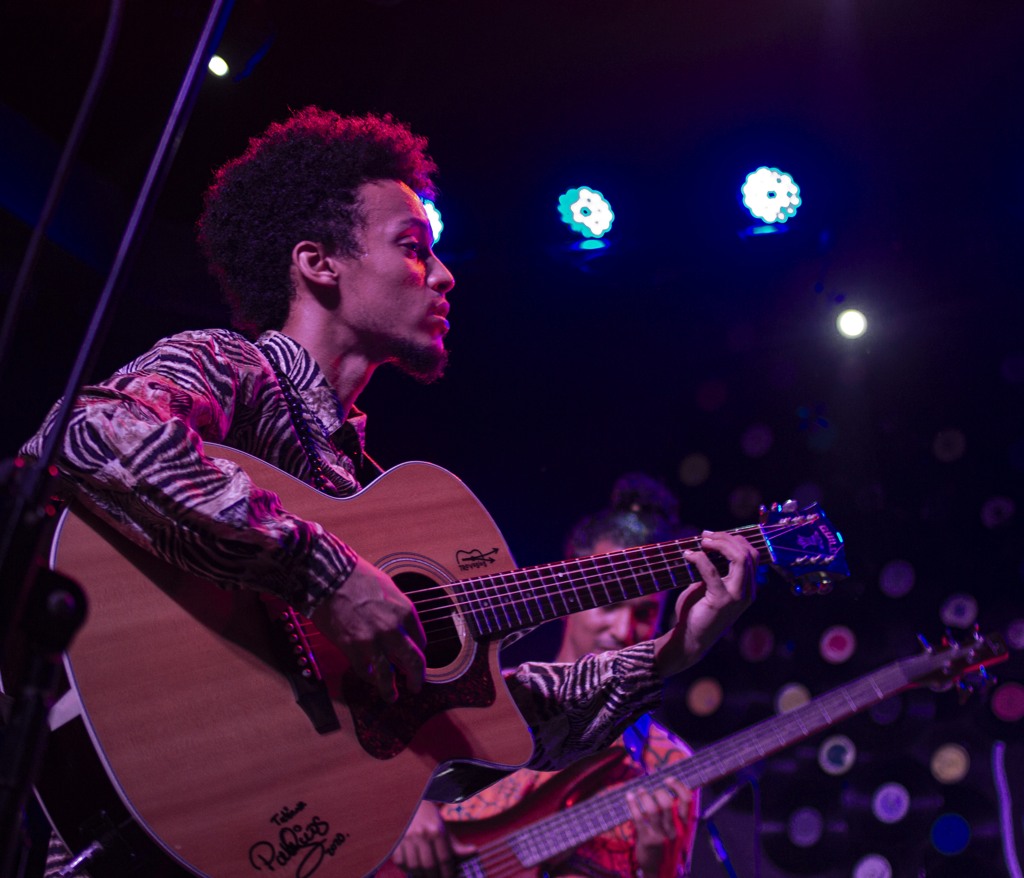 The expulsion from the Amadeo Roldán conservatory, for failing the piano exam with 50 points out of 100, was, perhaps, a boost for Tobías' individual artistic improvement.

"There are artists who have been in music for years, one day they make themselves known and people start to say ʽso-and-so got hit'. No, so-and-so burned tennis. You have to burn tennis", He says.

So, for you, how decisive is professional training in a musician's career?

Joe: Elementary and middle school provide an important base, not the tools to make our kind of music, but they provide a technical, theoretical and solfeggio base. Playing street music is at the expense of the artist, but you already come with a training.

Tobias: Popular music in Cuba is not formally studied in the academy. In no case is it completely decisive to be from school or not. In our band, a third of the members are self-taught.

Two years have passed since the last edition of Havana World Music. The date of the presentation postponed from 2020 is approaching. There are changes: venue, schedule, day. The weather modifies all planning. RRemember artists who have excelled their artistic career after the festival, their dream is to run with the same happiness. One more time, uncertainty and fear of not being able to play return.

“Havana World Music has been an incentive to work together, it is a moment of tension where you say: ʽasere, I am one hundred with my group, these are my partners, this is my family and this is the project where I want to be.'

"To the future contestants of the contest, if I had to give them some advice, it would be not to get distracted by the production of the HWM. Try to conceptualize your project. The important thing that any musician must have, whether they enter the contest or not, is to have a concept, a work philosophy and a defined aesthetic. Have it all clear. Build strong proposals".

An hour has passed. For 60 minutes they perform their entire repertoire. They close a cycle. 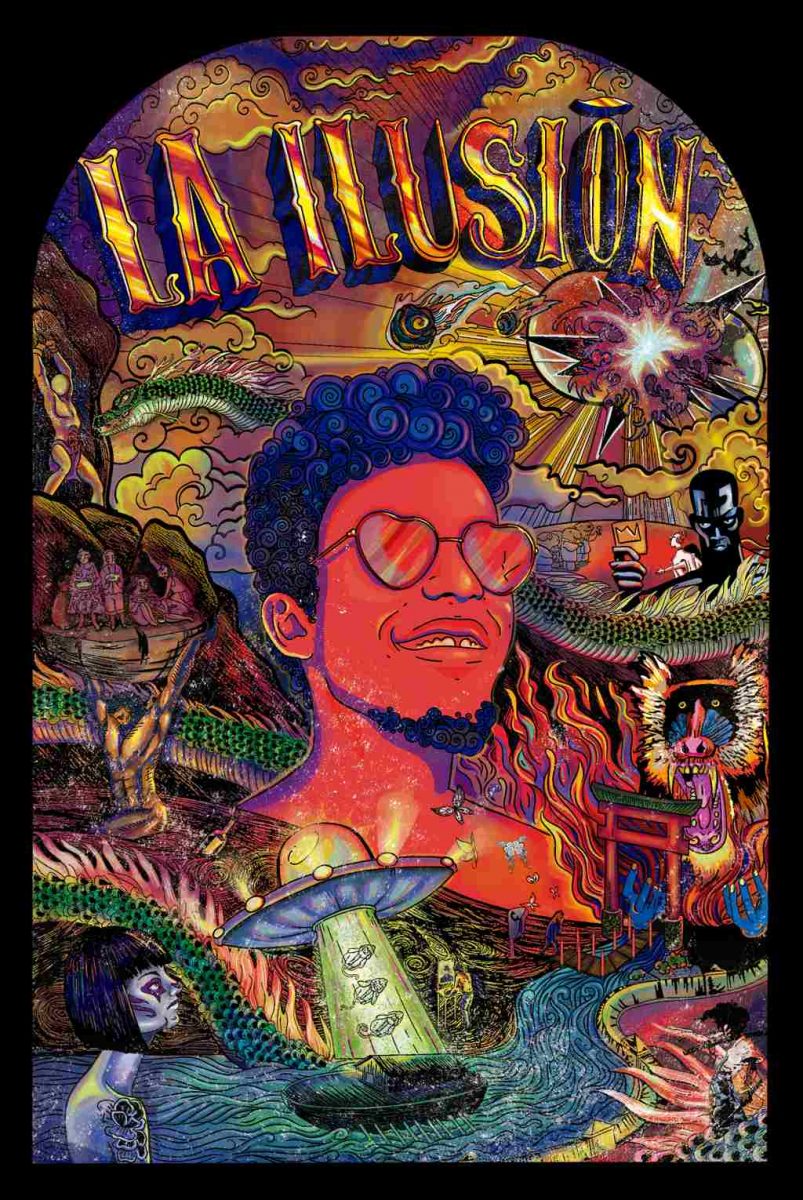 The illusion: the unitary concept of a band

Without a rehearsal room, with an improvable marketing infrastructure and with the challenge of sharing time between different groups, they created The delusion, his first musical phonogram.

Composed of 14 songs, the album was recorded live and with an open public, on April 23 at the Museum of Fine Arts. It is currently in the process of post-production, editing and mixing for its release, scheduled for 2022.

"The illusion It has served to close a stage. In 2019 when I made the second formation of the band and we did not enter Havana World Music, the group dissolved, we had a lack of perspective as a group, we did not know which way to go" Tobias recounts.

During the process of recording the album, did you ever have to compromise on quality to create a commercial sound?

Lachy: No, we prefer to reach three people with the highest quality than a large mass without quality. In the end, if the product is good, it will come anyway. We don't want to be a boomWe want to transcend

Tobias: It is not that we sacrifice quality for trade. Our goal is to be commercial, but with quality. Let the public listen to the album and three hours later stay with the rhythm of a song. Nor do we pretend that this album is transcendental, but rather that our way of making music leaves an imprint on Cuban culture and that, based on our concept and way of conceiving musical quality, other projects begin to expand their vision of what music is. commercial music.

Art gives everything, except security, Tobias is clear about it and he doesn't have to think too hard to find a qualifier to define it: "a high-risk sport, that's art"

Then he notes: “Every time we have a presentation we parachute. Film directors can make an excellent short film and not go to the cinema on opening day, and thus not have to see the viewer's impressions. All artistic expressions are exciting, but none is as warm and risky as music, with the possible exception of theater, and this has the disadvantage of not being massive.

"So, when I read a criticism of a concert or singer in the press, I wonder who they are to issue such a criterion. I don't want anyone to write good or bad about me, I just want to play my part. No opinion fits all that is in the inspiration of a musician. Nothing is equivalent to all the months of effort and rehearsal, of having to tell the musician I don't have enough to pay you, but I can give you lunch...

"Some think that the art that Los Monos and other similar groups make is not committed art because it has a commercial purpose; That is an error. There are others who think that real art has to be critical, rare, put in a little box; that is simply the aesthetics of a type of art that already has its marketing created: the marketing of ʽrare art'. There is nothing easier right now than selling contemporary art.

Two and a half hours later, I ask Tobias if he wants to add anything to end the interview:

—Yes, finish it with the latter, art is not a game.