The interiors of the first Casting Festival in Miami

On August 27, the cast, that Cuban version of reggaeton, is going to have its first massive festival.

As a matter of roots, it would be magnificent if the event were held in Cuba. In addition, with all the hype and cymbal that a marginalized genre deserves that, like it or not, any Cuban has heard and danced and hummed. However, the Casting Festival will take place in Miami. Specifically in Cachita Universal Studios, a center whose rooms have a capacity of up to 2,000 people.

Last February there was a similar show at the Arena Bar in Peru. But on a smaller scale. Less than a dozen guests. The Miami festival, for its part, has a program with more than 30 artists. According to the plan, it will be a show of three hours and 45 minutes.

Magazine AM: PM spoke with the main organizer of the event, Clara Cabrera, also known as Clarita La Magnifica, to learn about the interiors of this festival.

Why do a distribution festival and not, for example, reggaeton? Why do you think an event of this type had not been held?

Why do a cast festival? Precisely because the cast has not had a festival. The one who has the start has the ones to win. Also, with so many exponents who are already living in Miami, it seems to me the perfect setting to begin to highlight that music, and little by little take it to better places.

An event like this had not been held before because most of the artists who are here today were in Cuba, and in Cuba I think something like this was not going to be allowed. The other is that they themselves, as such, feel like they're not a very cohesive movement. The genus is taken by three or four personalities with the names of monarchs and princes, and outside of that the others do not eat. They do not know that there is strength in unity and that an initiative like this can drive them to improve their performance. Since there hasn't been a producer to lay eyes on them, it just hasn't been done. 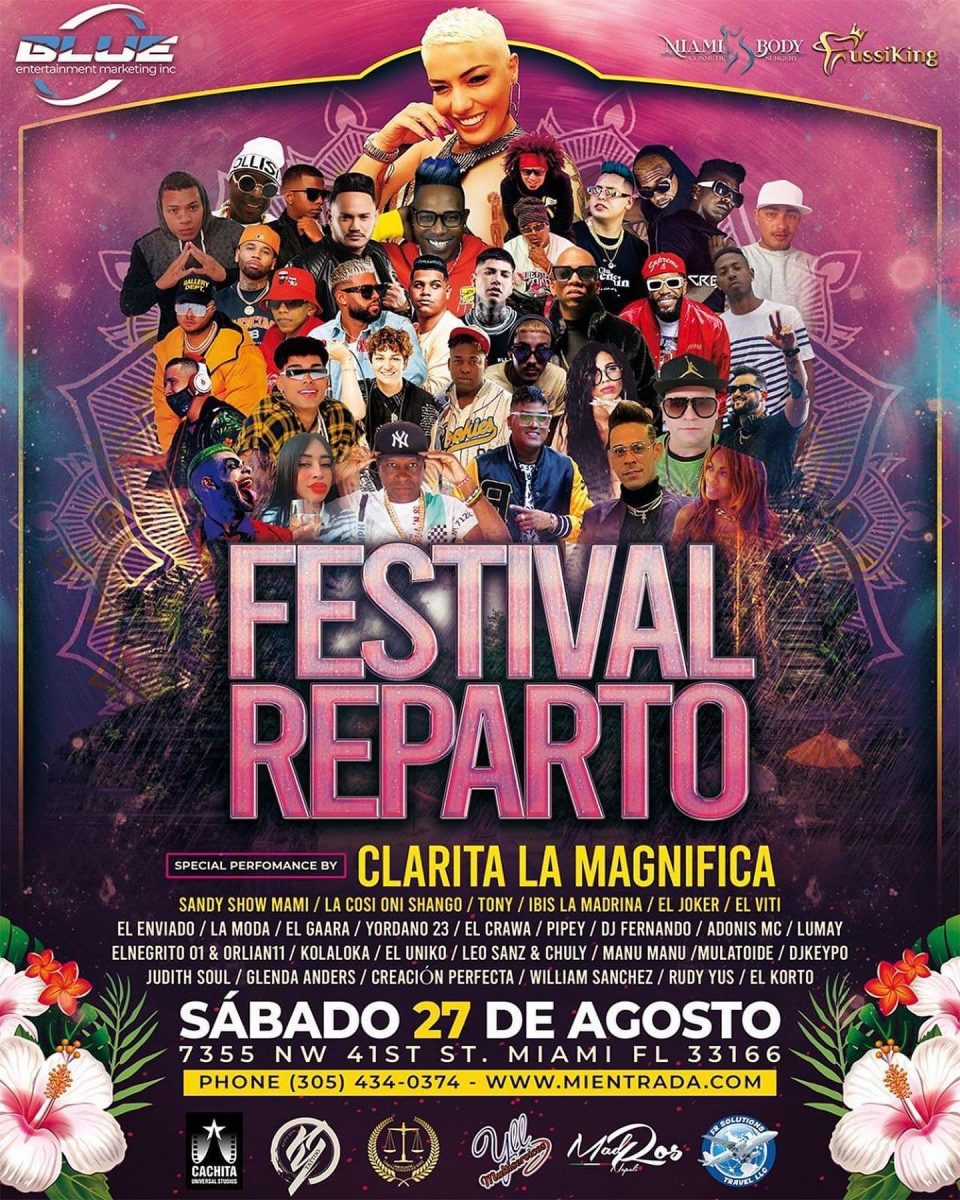 Promotional poster for the Casting Festival.

How do you see the delivery scene in Miami? Can you compare it to the scene inside Cuba?

Although the genre has proliferated in Miami lately, it is important to say that it is far from moving towards internationalization. That kind of closed circle that I am talking about has been created, where new artists do not have much opportunity to be exposed or hired, this being a privilege of a few, the best known, read Chocolate, El Kamel, El Chulo, etc. .

In Cuba, however, I see a rising generation with new musical influences, more in the style of Puerto Rico and, I would say, with more support among them.

In Miami there is the cliché of the comfort zone. They don't go out to invent new things. We follow the old style, commercial, without much risk. There is an abysmal sound difference and there is a difference in concepts. In Cuba they are more daring in what is the melody and right now they are handling quite strong lyrics, prosaic, I would say. In Miami they want to start implanting that trend. The BPM (tempo) here is slower, in Cuba it is already at 120. Artists like Wow Popy and El Nandiva, who are there, have already included metals in some of their songs and can even play a timbatón. There is none of that here.

Why do you think the cast in Miami has gone through so much?

Because it is the second Cuba and every day more exiles of the age that prefers to hear distribution come. So it's making itself felt. It feels more and more.

How do you perceive the evolution of the cast? What styles or trends currently exist?

Right now there is a stalemate. As long as it doesn't merge with other musical genres, it won't be able to be international. Work is already being done so that the new generation understands that it is not fair for it to remain a local genre. In addition, the new trend of the obscene cast, full of profanity, will never be of international interest or of the producers.

How was the selection of the artists that will participate in the event?

The selection was made based on musical trajectories, first. We are looking for artists from the elite, from what they call the front line. And also to those who have a history, even if they are not attached.

Then we took into account new talent to give them the opportunity to be seen. We analyzed the music of each one and based on the quality of their proposals we proceeded to invite them. This is how we discovered several emerging artists such as Orlian 11, Mulatoide and Bombón Leal. Who knows if this is what they need to loosen their moorings?

Why is Chocolate MC not on the guest list, considering that he is considered the founder and king of this genre?

Chocolate was invited first and was outraged. He refused to go because I was taking over, according to him, his business. In this case, he tells me that the cast is not only a music that he created, but also a business of his, and that, if someone has to fill up with dollars, it is him. He said who was I to steal his idea. I did not steal the idea, ideas are free to float in the mind of any human being. I, simply, as a producer, carry out the idea that I have, while he could have had the idea, but unfortunately he is always in prison.

It is worth noting that he was offered $5,000 to sing two songs to close the festival and said he would only accept $30,000. That is too high a figure. This has been done with much sacrifice.

However, for his contribution, Chocolate will receive recognition, which he already said privately that he would go to collect but would not make it public because it will trigger ticket sales and no one has offered him money to go. Nothing, that the public is the last thing that counts. 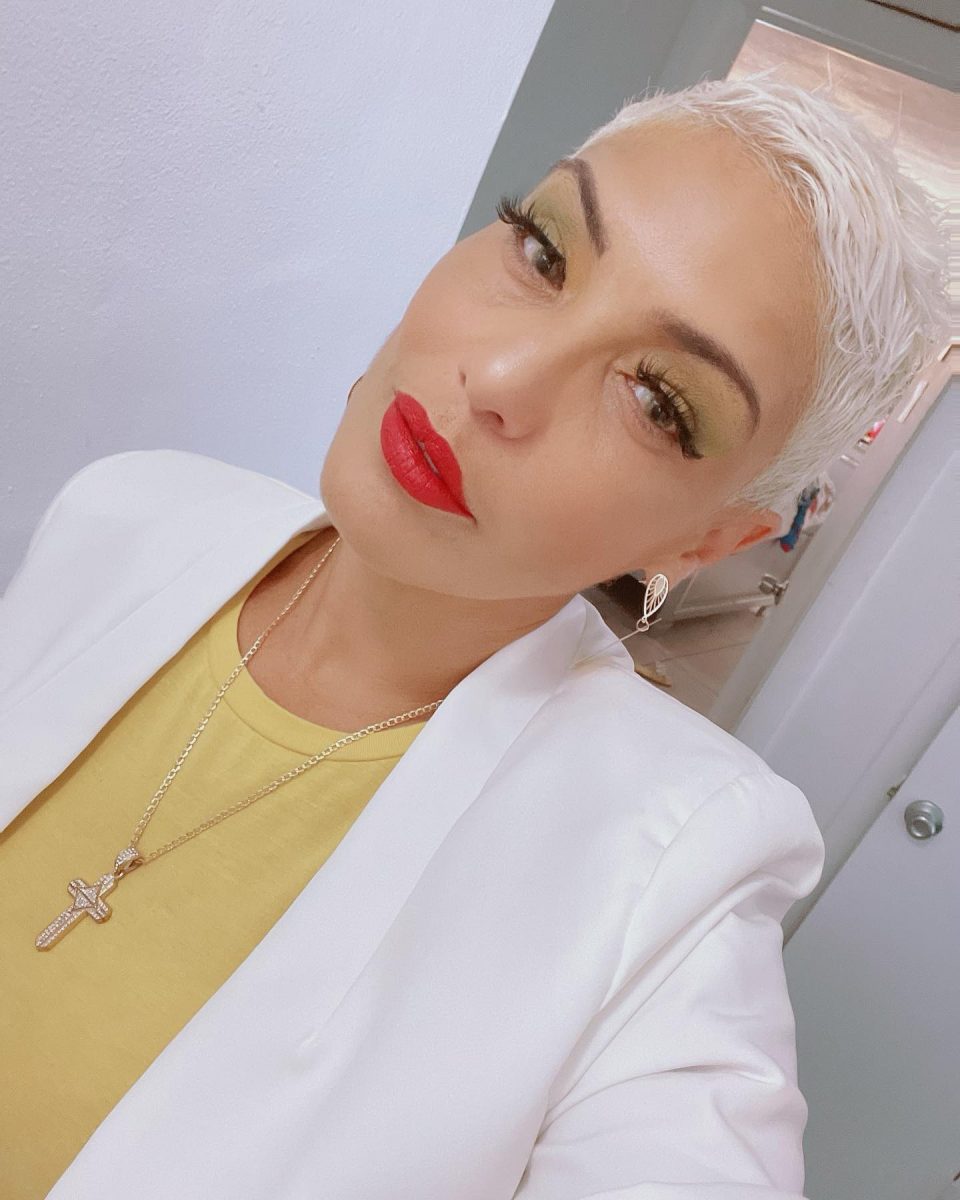 Clarita the Magnificent. Photo: Courtesy of the artist.

What will the dynamics of the festival be like?

The dynamic is simple. There are four blocks of between five and six artists. One or two songs for each one, leaving three songs for the strongest of each block. All will have a live orchestra.

In the intervals there will be tributes to Elvis Manuel and other exponents who have passed away, such as El Bacoco. Also a tribute to Perfect Creation, which is one of the founding groups of repartero music. In addition, we are going to recognize Kandyman and Kola Loka, who are part of the poster. In their case, although they are not cast, the musical contribution they have made is very strong and they have to be recognized.

Do you think an event like this is necessary and relevant for the current Cuban culture?

It is definitely important. It can change history, the course that the genre has right now. Reparto is what is heard most today and it is already reclaiming its rightful place, both for Cuba and for the world. However, it is a music that has a lot to work on. Things like this have to happen, to raise the self-esteem of the exponents, and to teach them a little more about how things have to be done in order to reach an international stage.

You have been a promoter and manager of several urban artists, although lately you have focused your work on the cast. What does it feel like to be a delivery woman in the urban music scene?

As a promoter and as a producer I am in a world of men. And many of these men have dedicated themselves, from speakers to managers, to making bullying to this festival. It is a kind of mafia, they support each other, no one can come from outside to penetrate what they have already calculated. That has happened to me because I am a woman, perhaps if I had been a man more doors would have opened for me.

It is important that the women who are reading these words know that we need more support from them. The exponents of the genre are not having the place they deserve. Producers like me go through a lot of work to put on a quality show; they even minimize us.

However, I am not just any woman. I am determined to change many badly told stories at the stroke of work. We'll see what the weather says.