Beyond local cheers or vernacular promotional chants, sporting events in Cuba are usually enjoyed to the rhythm of song, escorted by an “official” sound embassy. The video of The star of my will It reached me by chance, as a good Sunday serendipity, the result of a zapping ineffective. Interrupted the reiteration of our eight channels, an unusual cadence held my attention on Tele Rebelde.

The Iris Duo (popular in crescendo), accompanied by Leonard Akozta and Rapzodia (performers of a generational renewal in the hip hop scene), stars in a fearless song, full of optimism and certainty. Luis Miguel Parapar Roque contributes to this —“Tato” in his networks and among those close to him—, who freely exhibits his instrumental virtuosity, guitar through, while serving as producer of the piece.

The gestation of this massive work (inevitably popular, due to its television and radio repercussions, due to its support for the Cuban Olympic delegation) generally implies a great responsibility on the part of the production team. Apparently, Luis Miguel —composer, arranger and music producer with an incipient but prolific career— had enough support to take on the challenge.

As a musical baptism, Tato received piano lessons for eight years, directing his melodic appetite towards the compass of the chordophones. In this way he began his journey on the guitar, guided by a mentor with an indisputable reputation: Fabiel Pérez, founder and front man of the band Septum, pioneer of the power symphonic/folk metal in Cuba and the main person in charge of the Eurometal festival. 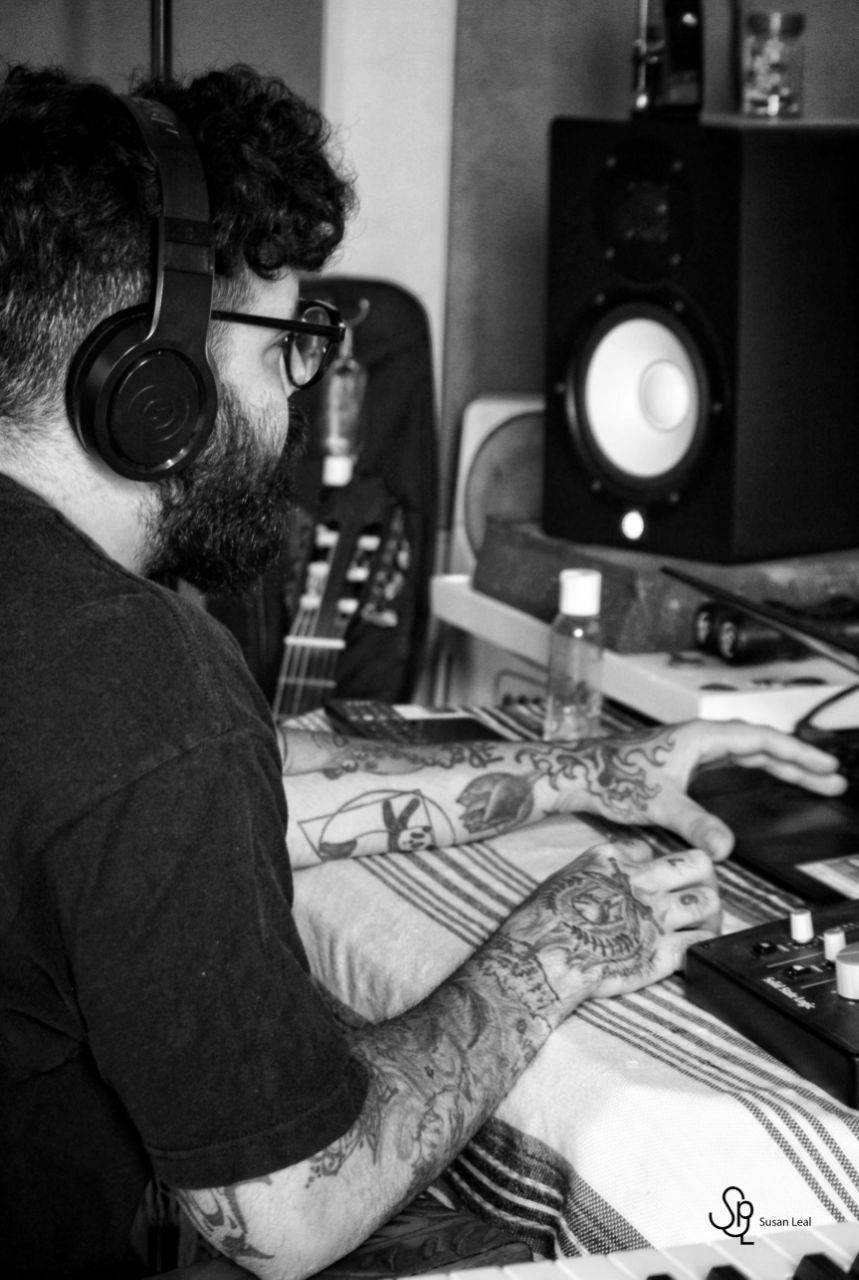 Influenced by the great rock and metal classics (The Beatles, Led Zeppelin, AC/DC, Iron Maiden, among others), he became part of the Saloma group, performing at national events such as the Rotilla festival. After mastering the recondite palpitation of the bass, Luis Miguel Parapar opened his Zahara in 2018, an alternative register band, a synthesis of his creative restlessness.

As for the patio artists, Tato is seduced by Chucho Valdés, Carlos Varela and Robertico Carcassés. Although the task of being a producer was never one of his priorities, the process of recording his own material prompted him to get into this field. In this way it took shape La señal (República Records, 2019), Zahara's first EP, a record premiere that sparked the stimuli for future releases.

The experience as a session musician —facilitated by his quality as a multi-instrumentalist— favored his foray into the microcosm of the studio and stimulated his learning of codes inherent to production, and this motivated him to join other projects. Studios like Wailer Music, Revolution Boyz or Corasound Music, welcomed the expertise of Parapar, who signed collaborations with prominent representatives of the urban registry such as Yulién Oviedo, Jacob Forever and Diván, among others.

From the fusion of simulated disparate genres, trends that orbit between the traditional and the modern, to the priority that economic repercussion achieves within his aspirations, everything fits under the professionalism scheme put together by Tato. Once his production technique had been perfected —thanks in large part to the teaching of Gerónimo Labrada Fernández, Latin Grammy-winning engineer and virtual tutor—, Parapar took on the formation of Atlanta, his own studio and musical project in communion with the young rapper Leonard Akozta. 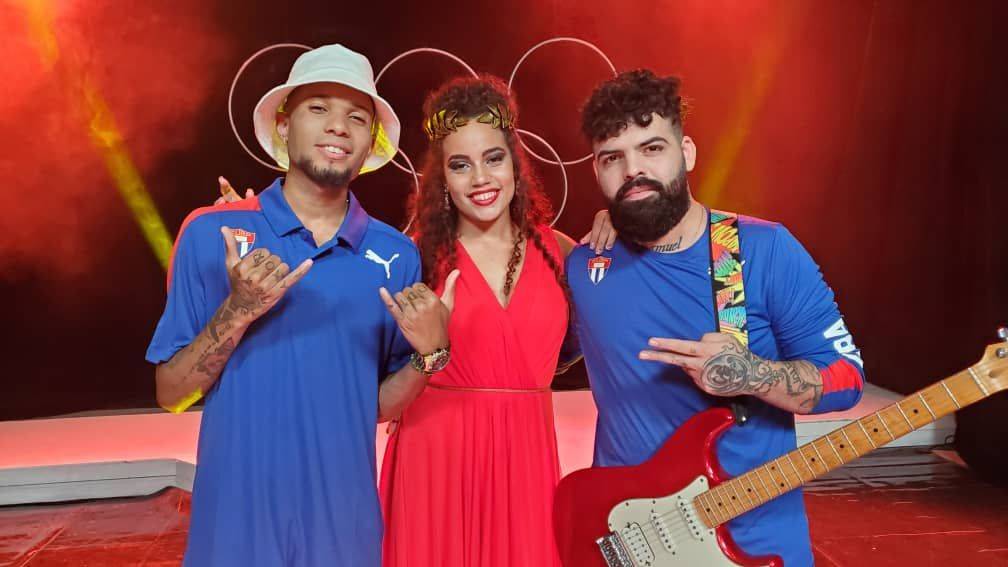 The members of Atlanta pursue the rhythmic mix, they seek the constant renewal of all their pieces. Covered in a sound invoice base hip hop, the Parapar-Akozta duo strengthens its work with the support of Daniela Pérez Pedroso and Oswalt Cisneros, regular participants in the project. Its members, supporters of philosophy underground and defenders of an art less favored by the media, equally share the desire for success and dissemination. As they say, behind the consoles, the quality of each track must be guaranteed, ensuring the investment and preserving the interests of the client. Popularity and its economic consequence should not be assumed as inevitable antagonists of artistic, imaginative depth.

In another attempt to wake up that sleepy modernity yawning on the Island, Tato and his allies understand the relevance of technology. Digital sounds, as well as vocal and instrumental processing machines, constitute methods of melodic "manufacturing" that announce their permanence in the industry. Admitting this procedure as lawful, Atlanta experiments with trap, drill, R&B and gospel soul, effectively incorporated into Cuban urban music.

Currently, the most recent adventure (perhaps the most daring) of Parapar takes place at the Festival Oralitura Habana. In charge of the theme-cover for this event, Tato and his team managed to mix traditional music (that is, repentismo and guateque harmony) with the urban accent of trap. This generic compendium benefited both sectors: the first "refreshed" its distinctive elements, and tried to seduce youthful taste, while the second, exempt from "official" opportunities, certified its institutional presence.

life is improvised —representative video of the event— becomes a banner of transformation, a cocktail of analogous rhythms that ponder the protagonism of the word. With lyrics and interpretation by Alexis Díaz-Pimienta, Leonard Akozta, Alex Díaz, Mayra Cruz, Daniela Pérez and Junior Morales Borrego (Jaque), this piece discovers a city surrounded by the cadence of the tenth, sustained by the ubiquity of urban sound. Parapar, of course, was in charge of the production. As a result of this work, the AHS has commissioned him to produce a self-titled album, ready to receive on its plate the ingenious fusion trap-suddenly, and ready to be recorded at the Abdala studios.

At the moment he is also developing the design, engineering and sound production for without consultation, a television series that will be premiered on Canal Habana in the coming months. Also, the discs In da Jaus, Rapzodia's phonogram that will compete in the next Cubadisco festival and Stella, an urban piece by Israel Rojas Jr. (Awnil), are his most promising current projects.

With all this in mind, Tato still has a lot to do, although, at the rate he is going, he will soon have little left to prove. We can only wait, closely following his career, his evolution.