From my generation and a phenomenon: Misifuz

Generation or cultural, cosmic, spiritual movement. Call it what you want to unify what happens when various discourses and similar intentions come together and are channeled, to decipher the way to impact a reality, to transform it. It is not a question of ages, but of common projections. Movement that emerges surreptitiously in Cuba, not like rivers or seas with waves of praise, but like that remnant that rain leaves on the asphalt, that humidity of shiny and fragrant puddles, that unnoticed wet ground or so annoying for those who expect to step on it with safety and disregard your present.

The young Cuban cultural scene has a coherent and solid discourse, with clear intentions of self-improvement, self-determination, independence, originality, but above all, resistance —our tattooed country brand—. Misifuz has shown it; its general and musical director, flutist, arranger and recently released in a flow rapper-performist, the composer Claudio González, has known it for some time. This resistance is not only characterized by the incessant search for places to perform. They try it in bars, rooftops and studios that aim to generate a cultural life and they succeed, only briefly (they close, a role is missing, the wrong person played, for everything there are limits, countless obstacles, if I play recorded music and many tables and lights maybe I earn less but I won't spend more work, the dollar goes up, the dollar goes down, they steal from me, I don't like that weird music that much either). It's not just that by the time they show up they've already spent way more than they'll take in, they get over it because their body needs to play and there's some commitment to the speech. It is a resistance crossed by the difficulty to consolidate the work in a reality that does not provide its creators with spiritual resources; the impossibility of consolidating a discourse in a country in constant flight and currently suffering one of the largest exoduses in its history.

I remember Misifuz's first concert in Chinatown (where these felines born in 1998, the year of the tiger, could best perform) as the fullest, most complete and with the most energy of that time. They moved the audience to a new place, physically and musically. Jazz concerts, they announced, would begin to be something else. But soon the pandemic came, the Ministry of Culture, 11J, and the visas of several of its members. Claudio González not only needed to rethink his place in Cuba, like almost everyone and still does, every morning; but he also needed to find new musicians, a new rapper and a new audience that resonated with his work. If the decomposition of the band is bad, worse is the unraveling of the fabric that is a committed public, the one that was at their first concert and of which, surely, few of us are left. For whom are the concerts prepared? With whom does a creator intend to communicate if not with those who complete his figure, are interlocutors, and who, with their actions, interests and activism, write the political, social and cultural discourse of a city, a country, an era?

My generation, my friends and I have something to say, something to say to each other. And Misifuz, in the opportunities he has had, has shown it. Also on May 27, in Warehouse 4 of the Cuban Art Factory. To say that it was there is not a superficial fact because the place had to be demanded, the need and the validity of the band's discourse demanded, on a stage that would make all the effort and budget that sustaining a project and preparing a show intended for the Havana World Music festival that was going to take place at the José Antonio Echeverría Cultural Center. 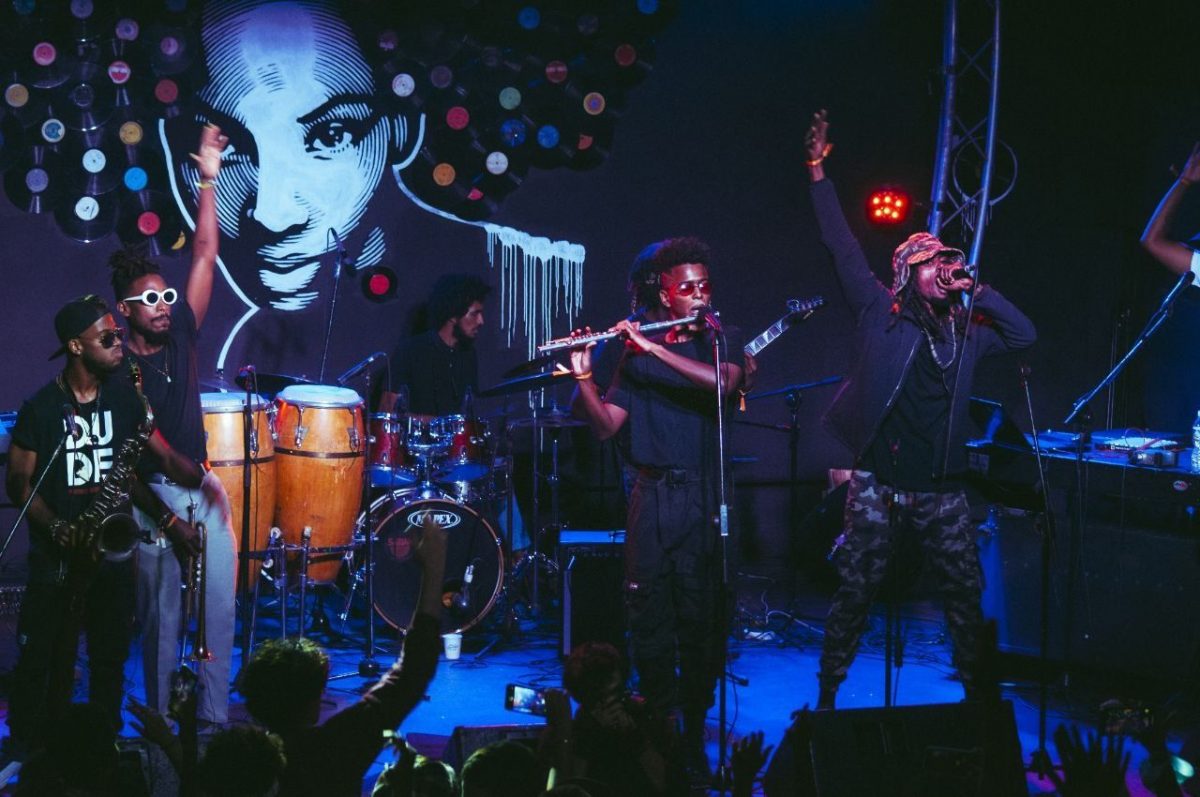 Together with Claudio González, Misifuz are: Lester Domínguez Blen (drums), Lázaro Torriente Hernández (trumpet), Oswald Cisneros Virella (saxophone), José Benítez Macías (music producer, DrumPad), Ernesto Gómez Herrera (electric guitar), Roberto Mario Álvarez Serra (electric bass), Tobías Alfonso (synthesizers), Milton McDonald (rapper, vocalist). They are also several of the musicians who fight the most because every weekend Havana has some light and spaces to avoid destruction. The shock wave of what exploded at the FAC night has already begun to be felt: the “Misifuz Phenomenon”. This can be understood as the irreverence that seeks in the margins and in otherness to decentralize, de-hierarchize from music and that harmonic, enjoyable, deep and renewing plurality that is the assimilation of jazz, hip hop, rock, trap, rap in the “Afro-avant-garde” of a band aware, years ago, that it was coming to “avenge this city”. It is a phenomenon where resilience and rupture converge at the point of transformation, musical and contextual. It is an expression of the impulse to claim political rights, gender, race, for development and individual fulfillment, and as a group that is building the present society with the hope of a sustainable future. Misifuz is shown, before all this, because our reality in Cuba works like this, like a wall of resistance, behind which a flute is heard that improvises and plays at being freedom.

My friends and I have a lot to say to each other. It is demonstrated by Misifuz and an audience that feels alive and thanks the band for the brotherhood. We have much more to go into that speech, if possible. But that is only achieved with time; with constant feedback; jumping that wall to which we are condemned and turning up the volume on the emancipatory flute; with the flourishing of a cultural life that is not always being born, without history and without clear future horizons, like drops shining on the asphalt, always about to evaporate, to rain away.