Music consumption and market in 2020 in figures

2020 shook the world in all its spheres and manifestations; music, of course, was no exception. The COVID-19 pandemic confined us to our homes and consequently to our screens.

Concerts, movies, classes, visits, meetings, work and life have moved to the pixels of our mobile devices. So the Internet and its forms marked consumption and the music market during 2020. streaming established itself as the main channel for content distribution with a growth of 102 million users compared to 2019, thus representing revenue from services of streaming more than half of the total in the industry.

In this area, the subscription business model was the one that generated the greatest amount of dividends, which indicates that more and more users are choosing to pay for services premium or subscriptions to streaming. In the same way, revenues from advertising grew, although these represent a smaller percentage of the total revenues from streaming.

The influence of Asian music is another of the elements that marked musical consumption during 2020. Seven of the ten best-selling albums during the year are by Asian artists. Also very interesting is the fact that the two albums that generated the most income belong to the South Korean band BTS. This is not an absolute novelty, because in 2019 the first three places in the ranking of the best-selling phonograms were distributed among Arashi, Taylor Swift and BTS; in 2020, BTS took places one and two, while Japanese artist Kenshi Yonezu took third place. In contrast, in the list of the 10 singles that generated more income the presence of Asian music is less; we only find Ziao Zhan at number seven with the theme made to love, and BTS in tenth with dynamite.

Blinding Lights (The Weeknd), the addictive track to boot, was the best-selling single of 2020. The song bad guy by Billie Eilish remained at the top, going from number one in 2019 to ninth in 2020; in that same sense Tones and I climbed from sixth position in 2019 to number two in 2020 with the song dance-monkey. The rest of the singles of the list are totally unpublished, they were not in 2019.

The industry's conclusions for 2020 point to the development of platforms and content that increasingly involve users and generate greater commitment from them. According to the report of the International Federation of the Phonographic Industry (IFPI, for its acronym in English), the industry continues to find growth opportunities for artists in connecting them with fans. Internet dynamics, such as those already known challenges, have been a tremendous boost for the positioning of rhythms and songs. Phenomena like Jerusalema of the DJ Master KG are a clear example; the viralization of the theme through the Jerusalema Challenge positioned African rhythms and dances as the afrobeat in world music consumption. According to the magazine Rolling Stone, the song became a symbol of hope within the context of COVID-19. Its figures, today, count more than a billion views on TikTok, while the original video on YouTube gathers four million views.

In short, it seems like COVID-19 changed the game a bit—or maybe the terrain—but musicians and the industry quickly adapted (thanks internet!). Now the time and vaccines need to allow us to enjoy live concerts again soon. 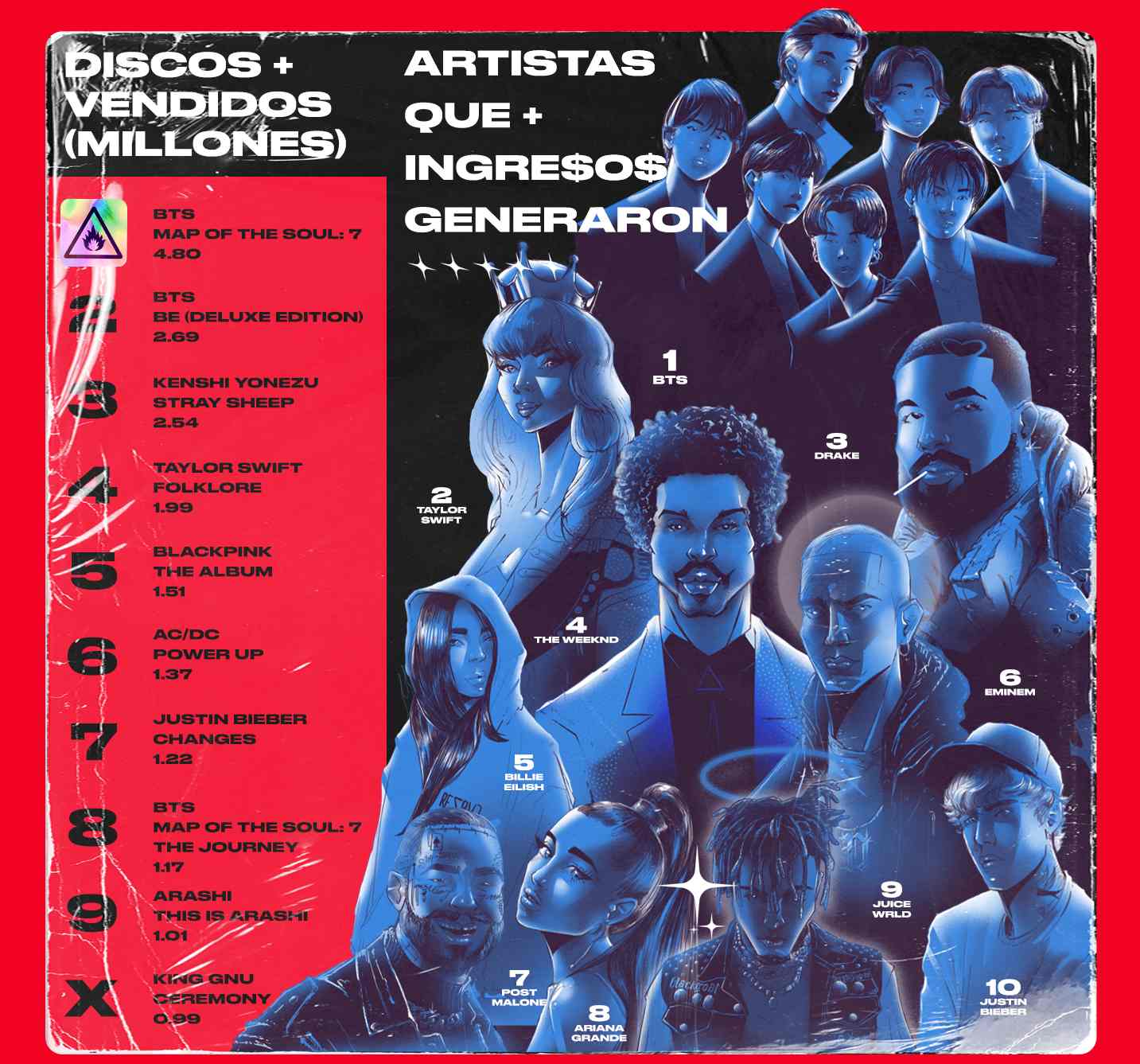 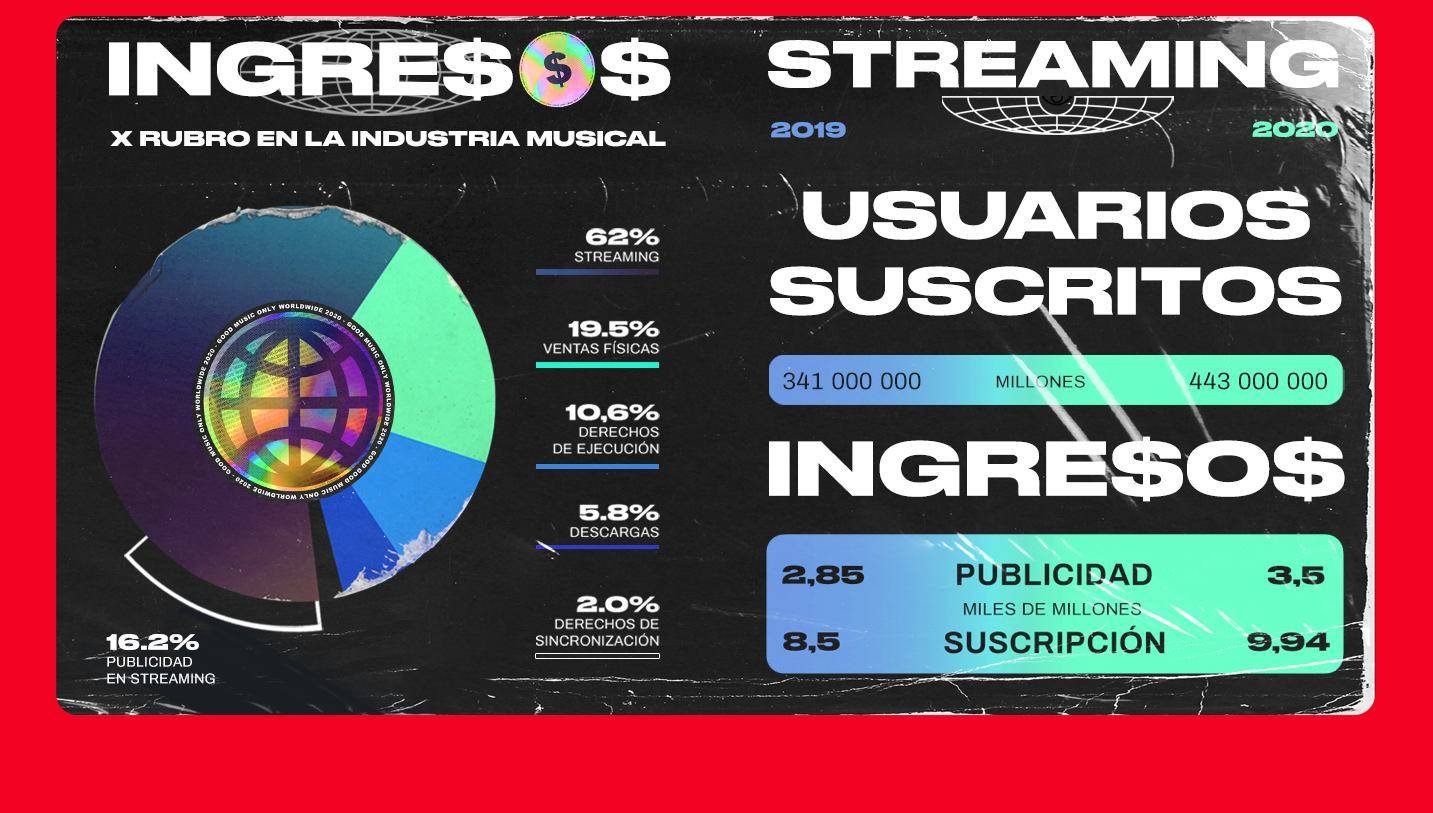 Emilio Suarez Gonzalez Graduated in Information Sciences at the Faculty of Communication of the University of Havana. Professor, archivist, searcher of data and stories. More posts
Ferdinand Riveaux More posts