Lucas 2019: notes on a gala of the Cuban video clip

The audience that fills the Karl Marx tonight is surprisingly young. Teen. It is mostly the public that queued up and bought tickets a week ago for the Lucas Awards gala 2019. For the second gala, today Sunday, where their musical idols will perform: Divan, Jacob Forever, Yomil, and El Dany, and Alex Duvall. An audience that may not know all the competing video clips - or even interest you - but that will surely shout Lucas's most popular songs. I know that because while I try to leave the theater to smoke a cigar before the show begins, I have been trapped in a lobby lobby full of entaconadas girls and encharolado boys who take photos with the identification of Lucas, and Fulanita asks Menganita if she is sure that today is when Yómil and Dany (sic) are there. I know because while Nelson Ponce and Raupa receive one of the awards for the video clip Libreby Eme Alfonso - the second of that night? The third of the total of nine that would reach? - the audience of the balconies shouts and applauds, but not to the designers/filmmakers, who thank on stage, but to something else that happens behind the stalls, to one of the musicians "Most popular" preparing to go on stage to double a song. I know this because when "nominees" remember us in some category where Yomil and El Dany, Divan, Alex Duvall, Jacob or Leoni Torres appear, the girls and boys of the public go crazy when they feel the music, even if they are rewarded at that time Direction o Photography. 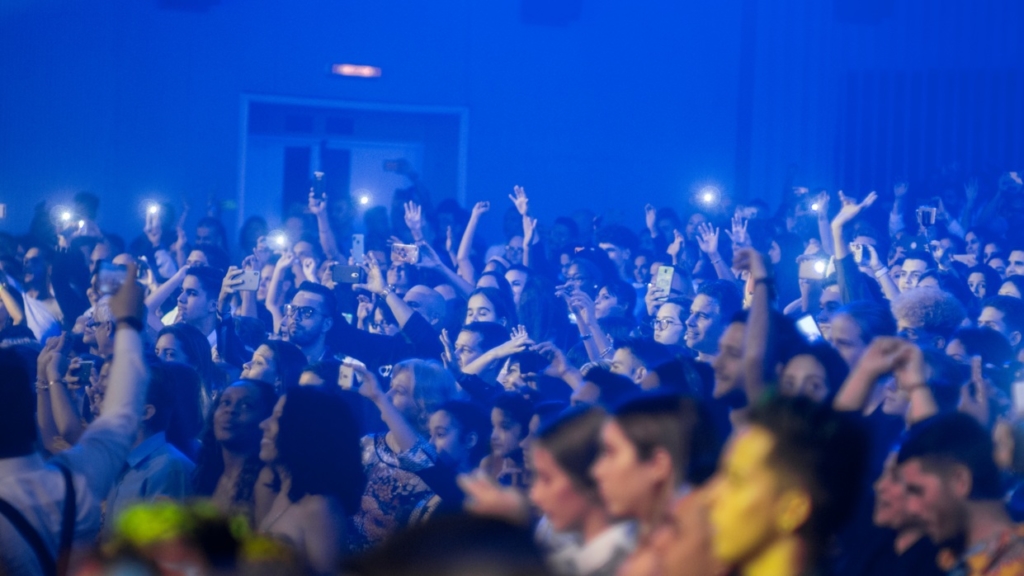 There is still an opportunity to vote for the most popular video, drivers say, and I take my phone out of my wallet. Google or the official Lucas website; I enter, the ten nominated videos are listed and, next to the thumb that indicates "vote", a white number inside a red oval gives you clues as to where the thing is going. We know that this is not the only thing that counts, but induces, suggests. Scrolleo and I planted my vote to Infiel, who has all to lose against El Bombazo, at least on this platform, but Diván has been stalking me since the closing of the 2019 Josone Varadero all over last August. And the song is cool; I don't care about the video.

(They will return to the subject about three or four times during the show, closing the circle more and more until there are only two opponents left, seasoning the vote with manic sports allegories).

The 500 in Havana —resist, at some point, we will change to another less bombastic anniversary— kick off the gala with two performances and the delivery of a special Lucas award to the video that best reflects that theme, whatever that means. Alex Cuba and Kelvis Ochoa sing on a small stage, Ciudad Hembra, right after Camerata Romeu performed La Bella Habana. The prize would be for the latter, with a video clip directed by Alejandro Reyes.

Almost all specialties were awarded the night before. Since Lucas decided to make two galas, Sunday is reserved for most of the musical categories and some of the most important awards: Direction, Photography, or Most Popular Video that always closes, it will not be that chaos prevents knowing the Video of the year. The artists are divided between the two days, to achieve a balance in the influx of public, and in the dramaturgy of the show, of course.

Lucas's galas have a well-known structure: nominated bands double the theme with whose video clip they aspire to a prize; actors, musicians, athletes, radio and TV presenters deliver awards and present the bands; Lucas drivers talk from the lobby or between scaffolding; Luis Silva makes laugh with the last rumors that cross the streets; another round for "the race to the most popular video of the year"; and so. There is no way to get bored. Except for the choreographies and costume design, in total disagreement with what it claims to be one of the most important television shows of the year. And the old debate on live dubbing, which this time left a lot to be desired, and the obviousness of what was happening - only with disconnected instruments, artists singing on top of the recording, etc. - was little less than insulting to the public... 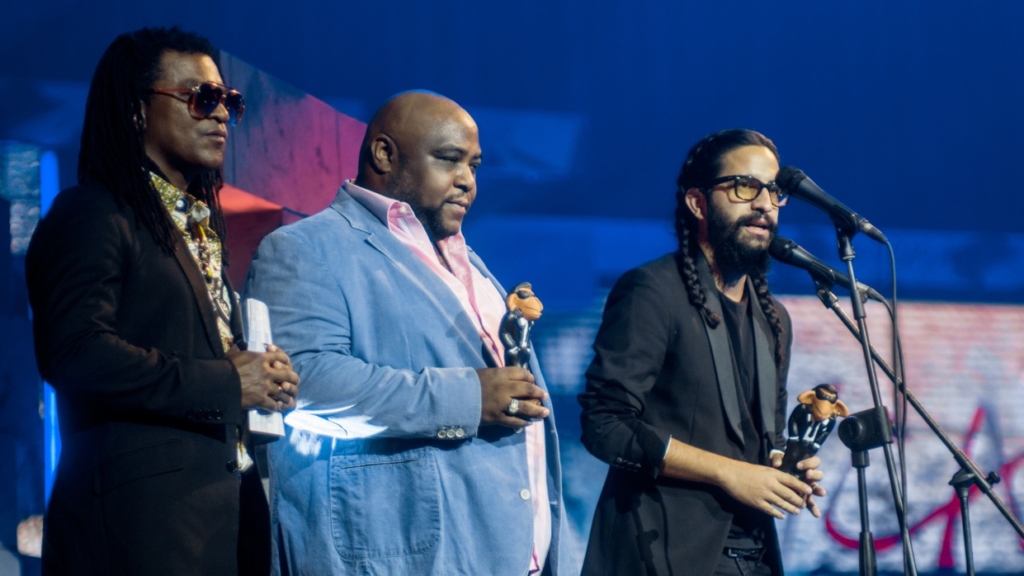 Joseph Ros repeated as one of the most nominated filmmakers of the 2019 edition. Photo: Rolo Cabrera

The list of nominees works more or less as a photograph of the Cuban video clip. 2019 looked like this: Joseph Ros repeated as one of the most nominated filmmakers, this time with Yeandro Tamayo and designers Nelson Ponce, Raúl Valdés (Raupa) and Edel Rodríguez (Mola); the latter with 11 nominations in a single video clip (Libre, by Eme Alfonso), while Joseph and Yeandro competed in several categories against their works, nothing new for them. We complete with the video clip Mis fantasmas, by the novel pop-rock band Ruido Blanco, directed by Fernando Almeida —welcome to Lucas—; and The Secret Office / Planet Records disputing with itself the Most Popular Video "in photo finish": El Bombazo, , by Alex Duvall feat. Yomil and El Dany (Dir. Felo), versus Infiel, by Diván feat. feat. Jacob Forever (Dir. Freddy Loons).

The great winner of this edition of Lucas was precisely LibreLibre, with nine awards: Video of the Year, Best Video Fusion, Visual Effects, Animation, Art Direction, Costume Design, Making of, Production and Direction. I don't want to imagine if Nelson, Raupa, and Mola would do this more often ... 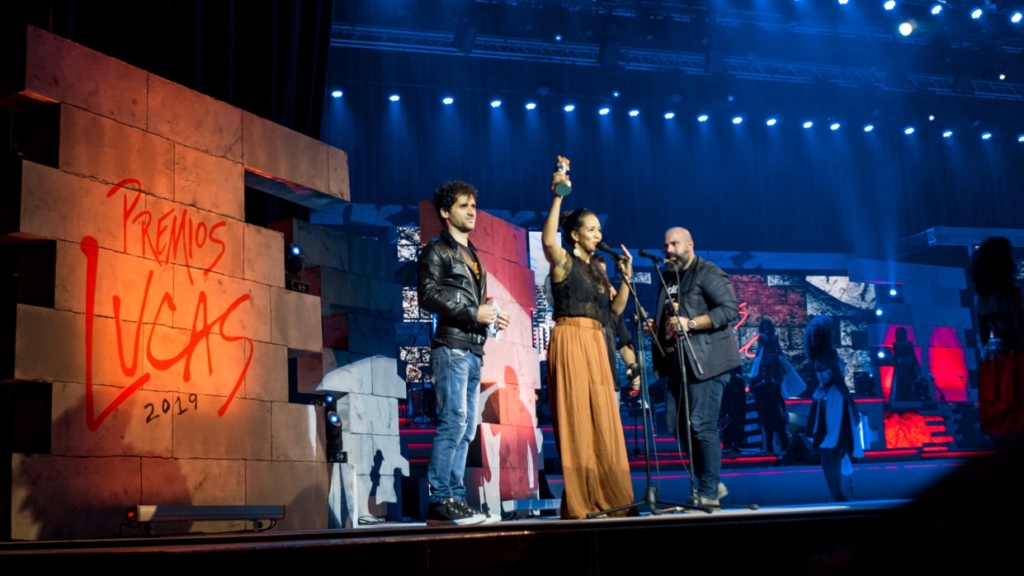 At the request of my editors, I did the exercise of thinking about the best and worst moments of the Lucas 2019 awards gala for me. Let's finish this text with them. The best: the good intention of making two tributes to Benny Moré and Los Van Van; Carlos Alfonso dedicating the Lucas Special Prize awarded to Síntesis, to Cuban literacy teachers such a day, December 22; LibreFree, which is undoubtedly a video game; the accompaniment of the performances with their respective clips on the screen at the bottom of the stage, although I would have liked to be replicated on the sides, with greater visual reach for the entire theater; and the well-deserved awards to Joseph Ros, already habitual. The worst: the chaos that turned out to be the production of the show; the disconnection of the public with everything that happened that had nothing to do with their favorite artists (already mentioned); the dubbing also chaotic; and the discriminatory joke while the Most Popular Video award was released: inexcusable.

After so many years waiting for Lucas's galas on television, even though at the height of his transmission through Cubavisión we already knew the winners, I wonder - after this, my first gala at Karl Marx - how much the edition sweetens and post-production, how much of this I saw and I found it unfortunate for an event of this magnitude, has been going on for some time.

(Before the conga won Infiel, to the surprise of half a theater. Maybe my vote counted).