With a concert that became the opening of the Voll-Damm Jazz Festival Barcelona 2018, Chucho Valdés starred at the Palau de la Música in Barcelona to release his most recent album, Jazz Batá 2.

The announcement of the Festival and, above all, of the Cuban one, exceeded all expectations with a Palau that, on Friday, October 26, registered a total in all its spaces, with the added emotion before the announcement that the event paid tribute to the centenary of another great, a regular at these Catalan jazz events: Bebo Valdés.

Precisely Jazz Batá 2 (available on digital platforms from next November 16) is the homage of Chucho to the creative father and pianist, composer and orchestral director, who for over six decades inserted organically the batá drums into the orchestral format of the big bands of that golden age of jazz. 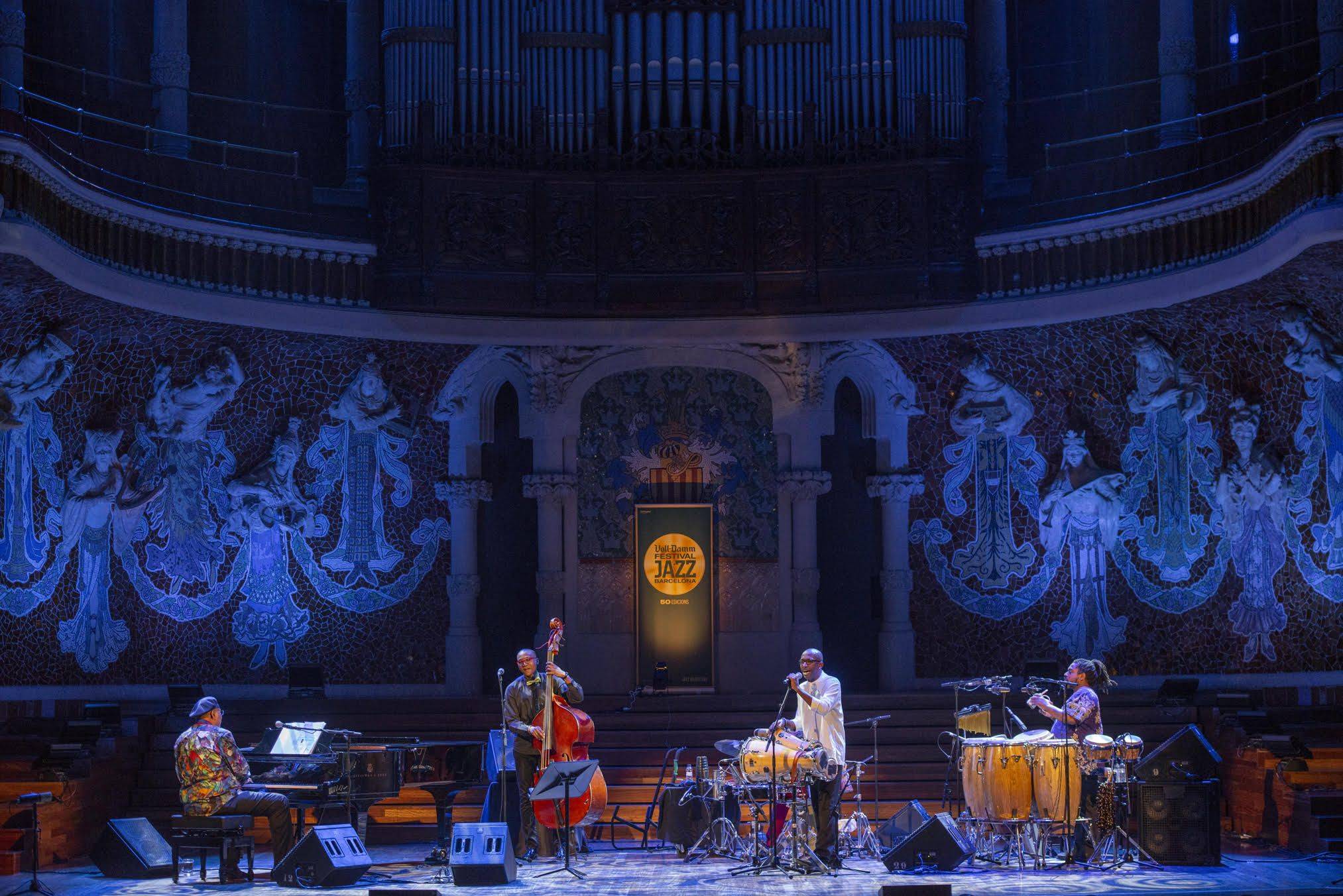 In the preamble of the concert, the bare stage, barely accompanied by three sets of percussion (and without a battery!), Fills you with doubts. When you imagine that another step is no longer possible in the updating of your pianism, when you think that there is not much to show in the interplay of percussion in the small jazz formats, Chucho and these musicians come completely out of series with break all those schemes. In his new sound adventure, Valdés appears escorted by the charismatic and precise Guantanamo double bass player Yelsy Heredia, interpretative savory where ever there is; the extraordinary and emotional Yaroldy Abreu, always brilliant in the congas; the also Guantanamo Abraham Mansfarroll, sublime in the cajón, the timbal, the güiro and all that he can hit, and that creative and off-road machine that is Dreisser Durruthy in the three batás and main voice, a true master class in the handling of the rituality in the themes "Obbatalá" and "Ochún". In Jazz Batá 2, the piano dialogues all the time, or rather, challenges, the instruments of the four musicians that are embroidering the sound of each beat, of each shudder, of each inflection, and even of each silence, with which the concert returns for them and for us, the audience, a total fun of the senses.

Only with that demolishing rhythmic section and an intelligent dramaturgy to assemble the order of each theme, Chucho achieves high levels of excellence and the reach of a climax that is reiterated throughout the almost 2 hours of music delivered. Sublime moments were lived with "100 years of Bebo", a piece without name created by Bebo, only played in the intimate family space, and that Chucho remembered all his life, to bring it now, renewed and from his filial perception, full of lyricism. If Chucho, as a producer, gets on the record that the violin of the North American Regina Carter contributes a lyricism that tunes with the winks of the danzón and even the contradanza present in the work - achieving memorable solos that remind the best violinists of our charangas orchestras-, in the Barcelona concert, Carlos Caro, a Cuban living in that city and virtuoso in that instrument, contributed that extra that comes from the sensitive and rooted empathy, just as he did in another of the key themes of the album ("Ochún"). The Carter also intervenes in this cut of the album, brilliant in a more jazzistic creation, as is customary in it, but Carlos Caro, in the concert, did not stay behind, but achieved the delirium of the audience with his extraordinary improvisations. 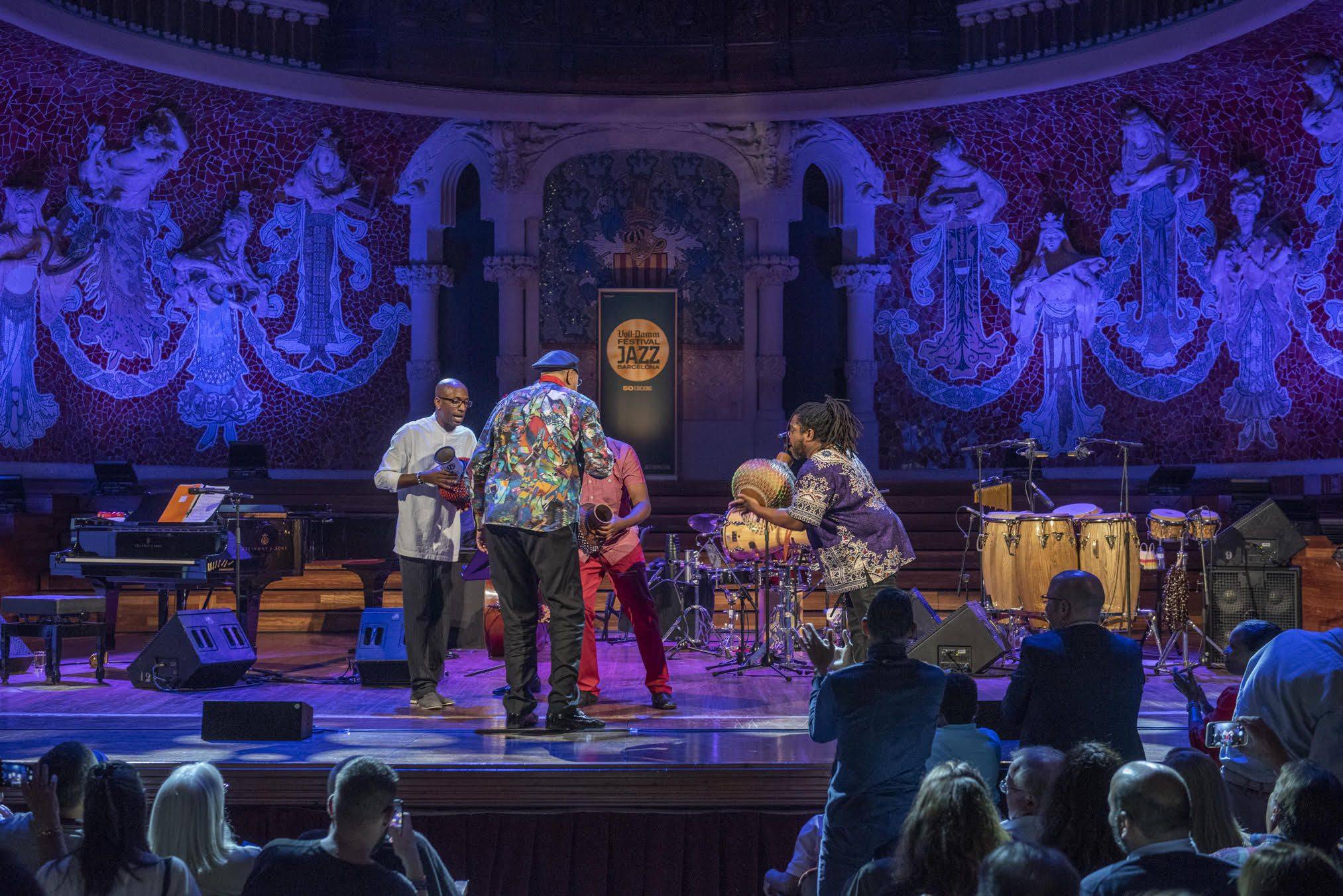 I call attention to "Obatalá", a beautiful song of water and tenderness in which Dreisser Durruthy's voice and batá were perhaps the touch of strength and shudder that was needed for the symbolic balance, together with the wonderful solo of Yelsy Heredia with her bow and contrabass. Another extremely rhythmic piece with an impact performance is "Son XXI", the only one on the album and the concert that was not written by Chucho, but signed by the notable Cuban-American composer Enrique Ubieta (apparently, nothing to do with another Cuban intellectual of the same name).

With an enthusiastic audience, which caused a long encore, no less applauded, Chucho Valdés' most recent record release puts us before the dilemma of asking ourselves how far it will be possible for his creativity and ability to reinvent himself every time. If you could summarize the diversity of perceptions and emotions left by the concert Jazz Batá 2 in Barcelona, ​​three words would imply Chucho and all his musicians, without exception: virtuosity, avant-garde and entertainment.