Yolanda tell me yes inaugurates the phonogram Icon (Puntilla Music, 2020), with which the Aragón Orchestra celebrates its 80th birthday. This tremendous son montuno by Beningno Echemendía was popularized in the early '60s by the Conjunto Estrellas de Chocolate and transcended outside of Cuba, especially in the salsa versions of the orchestras led by Tommy Olivencia and Broadway —the latter of charanguera lineage—, although in the '80s it was included in an album by Alfredo Chocolate Armenteros for the Sar seal.

Although from this shore it is not easy to discover which of the recordings reached Africa (I suspect it was the Broadway one), the truth is that over the years the assiduous public of the Aragonese on that continent advocated the inclusion of the theme in the catalog of the orchestra, to which its director, Rafaelito Lay, agreed. His retribution for the incorruptible loyalty of the Africans towards the Cuban group served as a step to continue the sustained work with the son in the context of the charanga, a trait that has been one of the group's indelible hallmarks. Yolanda tell me yes register on the line The drink, Vest, The sound of the relative, the fringe and many other sounds aragoneros “thrown away” (“machos”, say the dancers), that today only some brave Cuban ensembles know how to play… and the Aragón.

look to see who it is, Love me forever and game of what, recorded in 1958, 1960 and 1977 respectively, are the three pieces from the orchestra's classical repertoire chosen to integrate this 2020 record work. In all of them, subtle modifications to the original arrangement can be seen: a more “ahead” tempo in Love me forever or changes in the final part of game of what, where a tenuous atmosphere timba, in complicity with the guides of The Indian, replaces the flute download of the first version, three minutes longer. Although I personally would have liked the Aragón to include the highest-caliber artillery found in its extensive catalogue, if the purpose was to show that the orchestra —even its youngest members— knows how to sound in the key of the '50s or '60s, the objective was met. 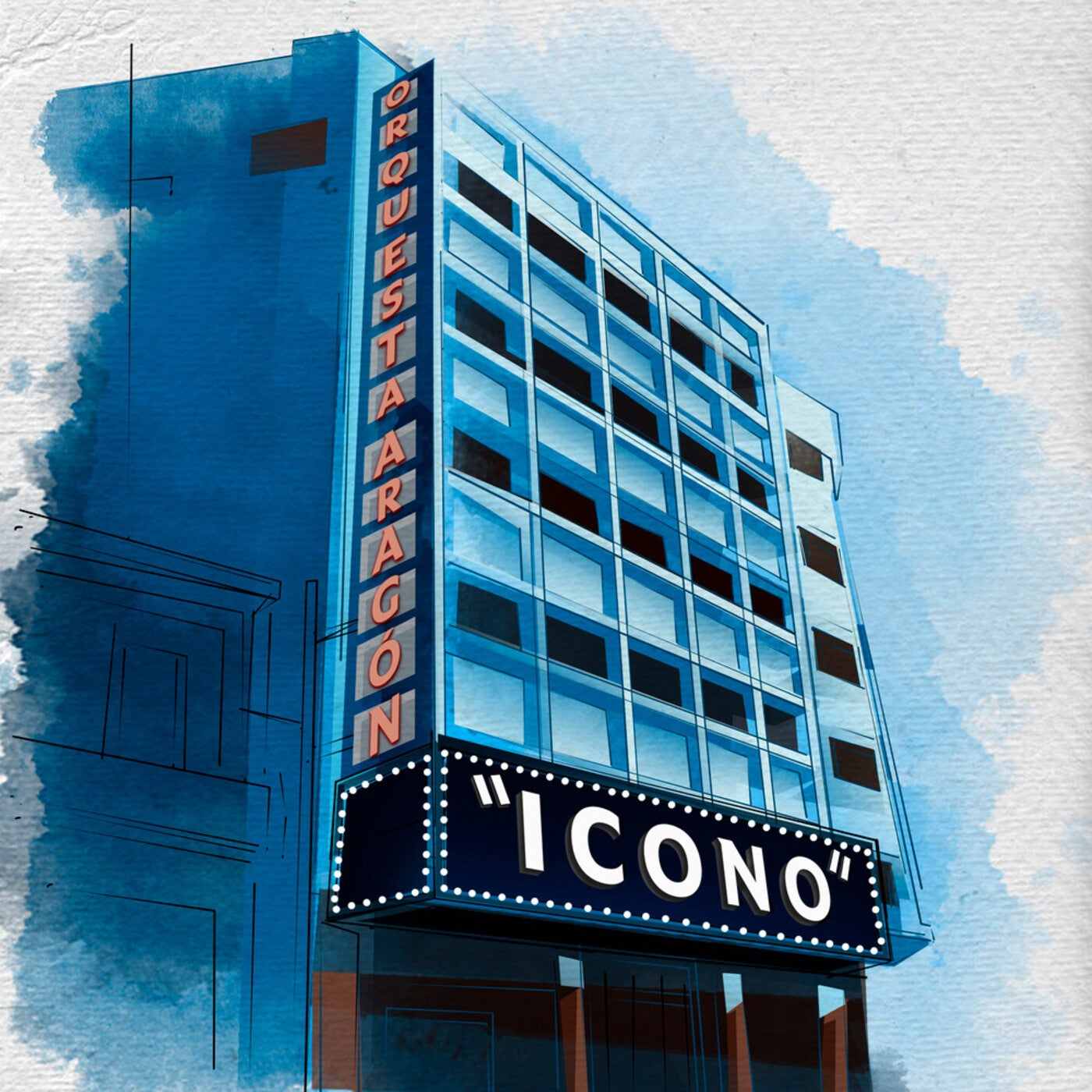 Cover of the album Básico, No Básico y Dirigido Icon. Taken from the social networks of the group.

A good challenge in that sense could be to discover which of the two recordings of look to see who it is It does not correspond to 1958, and I anticipate that changes are introduced in the new version. Refreshing the emblematic repertoire from time to time without transgressing the essential concept of the orchestra, nor the spirit with which the different eras have marked out new currents is, without a doubt, another of the distinctive features of the Aragón.

And with regard to the forms that the different eras bring with them —besides the songo when i pass— that girlfourth theme of Icon, is a timba from top to bottom; a concept that, despite not being so recent, has not ceased to constitute a synonym of contemporaneity for Cuban dance music groups of the last three decades, at least until further notice. By the way, this number by the violinist Dagoberto González Sibore has crept into the first places of the hit parade of several Colombian radio stations, public Aragonese par excellence, but also extremely orthodox when it comes to traditional orchestras, while in Cuba it is not only heard on the radio, but the dancers attending the monthly Prado and Neptuno event did not fail to claim it.

Perhaps the secret of Aragonese when dealing with new styles such as timba, present with greater or lesser emphasis on the topics already mentioned and on others such as 80 and take this away from me, resides in not losing sight of the ingredients that have made it possible to identify the orchestra with a closed eye in all eras: unison choirs in perfect pitch, solid filling of the violin trio, flute solos to respect, or sections of instruments that do not they bump into each other (which the dancer appreciates). Sixto Llorente plays with these elements, The Indian, sonero and timbero de cepa, who introduces a different nuance by expanding the space for improvisation that the soloists of the orchestra have usually had, while fitting effortlessly into the numbers sung in chorus, such as the arrangement of With you, by Joaquín Sabina, a bolero-cha that puts the romantic note on the album.

Thus, in a very clean and subtle way, the Aragón, which in the imagination of many may seem like an immutable group, has updated its sound over eight decades and is still capable of imposing hits, a fact that is also another of its indelible stamps and, if not, let us remember Bass with tumbao, in the '80s, or Temba, in the '90s, just to mention two examples.

The production of this album, recently nominated for the Latin Grammys, was carried out by Rafaelito Lay and his son, also the violinist Rafael Lay Sánchez, author of 80 —a composition that celebrates this anniversary— and largely responsible for the launch of the phonogram on major digital platforms at the end of May, with no distribution agreement for Cuba to date.

In Icon there are no special guests. Here the Orquesta Aragón plays, impeccable as it has always been, the one that sounds live just like in the phonograms; genius and figure.