In this decade that is almost over, a group of memorable albums recorded at Areito Studios of Egrem have turned 50. Unfortunately, these anniversaries have gone unnoticed and little has been remembered of all these albums meant in a decade as interesting and unique as the 60s of the last century. We speak specifically of phonograms recorded between 1961 and 1969.

From the first recordings of artists such as Chucho Valdés or Los Zafiros, to the entrance of the Mozambique rhythm with Pello El Afrokán, through the imprint left by artists such as Elena Burke, Celeste Mendoza or the Meme Solís Quartet —to name just three of them—, the number of important recordings, for various reasons, is significant.

We do not intend to make a finished or exclusive list of what we consider to be the best albums of that time. We only want to expose and remember part of them, let's not lose sight of the fact that the album itself is more than a musical medium, it is also a document and memory, which must always be returned at some point in our lives.

Below, we present a selection of 15 representative phonograms of various genres and artists that made significant contributions to our culture. 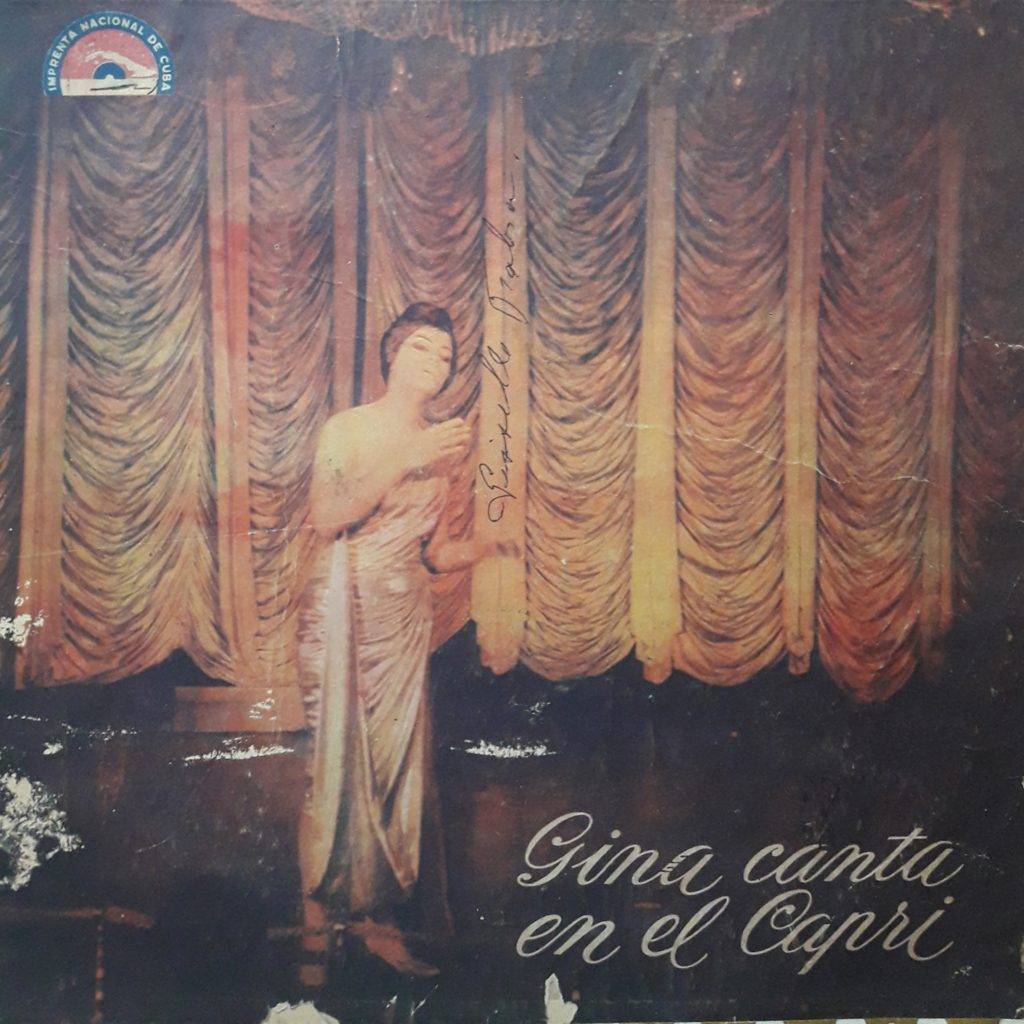 Recorded in 1962 for the Imprenta Nacional label and with photography by Alberto Korda, it reflects the meaning of this artist's show at the Capri Hotel in El Vedado, Havana, in which she came to completely take over that stage. Get away it can be said that he was hit par excellence that marked this artist and this album.

A luck of all stars: Frank Emilio (piano), Tata Güines (tumbadoras), Papito Hernández (bass), Gustavo Tamayo (güiro), Guillermo Barreto (drums) and Roberto Valdés (bongó). Contains hits like Scheherazade cha cha cha. Recorded in 1962, the album is a kind of "download" in the same orbit as Cachao and his Cuban downloads, beyond the musicians in common between both projects.

Cover of the album Otro amanecer.

If something is remembered of the 60s in Cuba, it is the golden age of vocal quartets. Once again it does not matter that the format or certain fashion comes to us by foreign influence; musicians like Meme Solís are able to appropriate multiple codes, regardless of their origin, and bring us back an expression as Cuban as it is beautifully complex. Los Meme Quartet: a new way to harmonize four voices led to a higher rung. 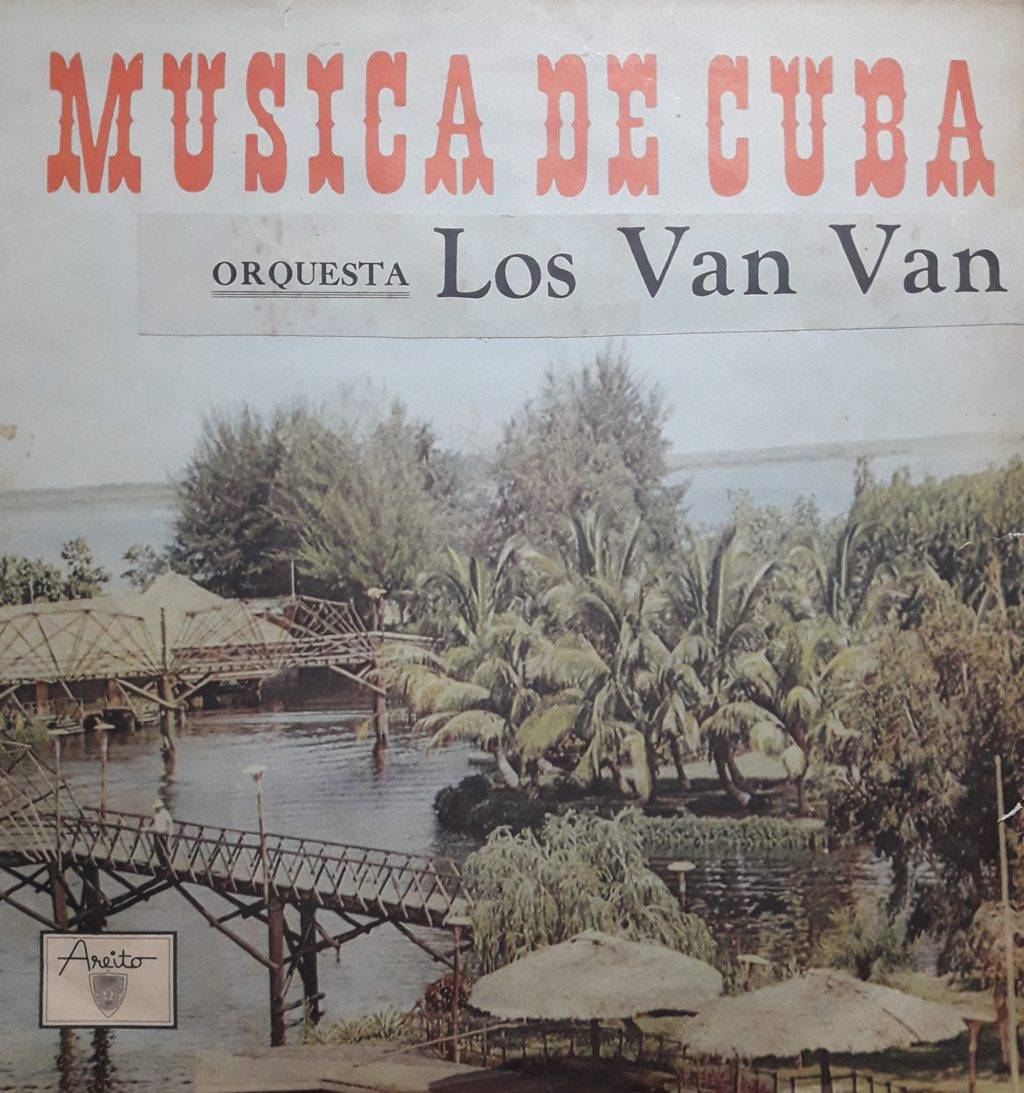 The beginning of a legend that reaches today. This first album of Los Van Van can be seen as one of the doors of entry to the musical revolution of the 70s on the Island. Despite having spent five decades, in this album inhabit the conceptual approaches deployed by Juan Formell with his musicians , which would unfold throughout all these years, while maintaining an amazing coherence and a permanent capacity for renewal.

Cover of the album La Guarapachanga.

Although the splendor of the ensembles passed during the 40s and 50s, El Conjunto Chappottín still enjoyed great popularity and demand in the popular dances of the 60s. The Guarapachanga, Walk and turn on the stove and take off your jacket They would surely remain as pieces of the most danced in these years. Miguelito Cuní, Conrado Cepero and Udaberto Fresneda participated in the voices.

Cover of the album José A. Méndez.

A deluxe combination. If the decade of the 60 is the full consummation of the filin, now nothing would prevent the "King", already back to Havana, combine with two monsters like Frank Emilio and Rafael Somavilla, the first with his combo and the second directing, as on many other occasions, an orchestra of strings and jazz. 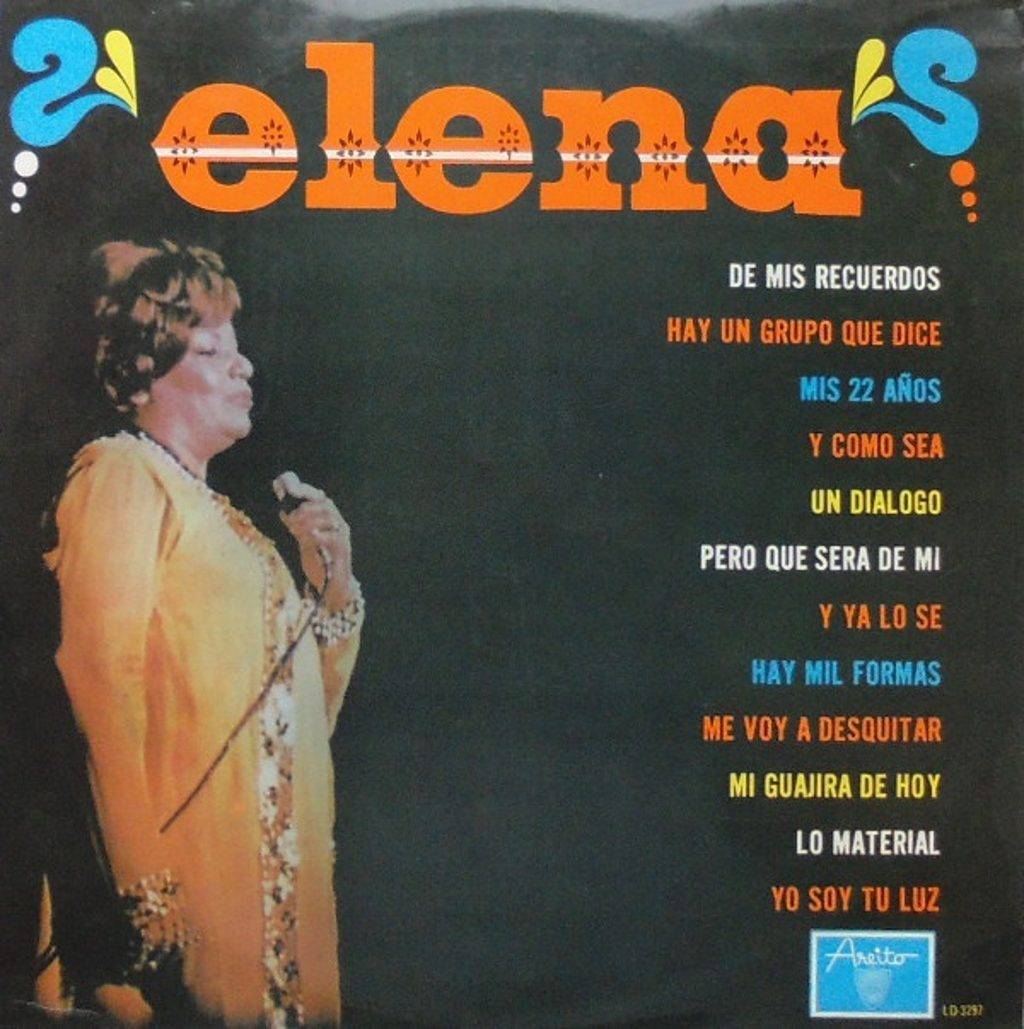 Cover of the album Elena.

Recorded in 1968 with the accompaniment of the Cuban Modern Music Orchestra and conducted by Rafael Somavilla, this is one of Elena Burke's most emblematic albums. Despite being an already established performer by then, Señora Sentimiento decided to record six songs (of the 12 on the album) by Juan Formell, whom she would already recognize, with all her youth, as a great composer. of my memories and Lo material they not only make up the Cuban songbook but are part of the repertoire of numerous current performers. 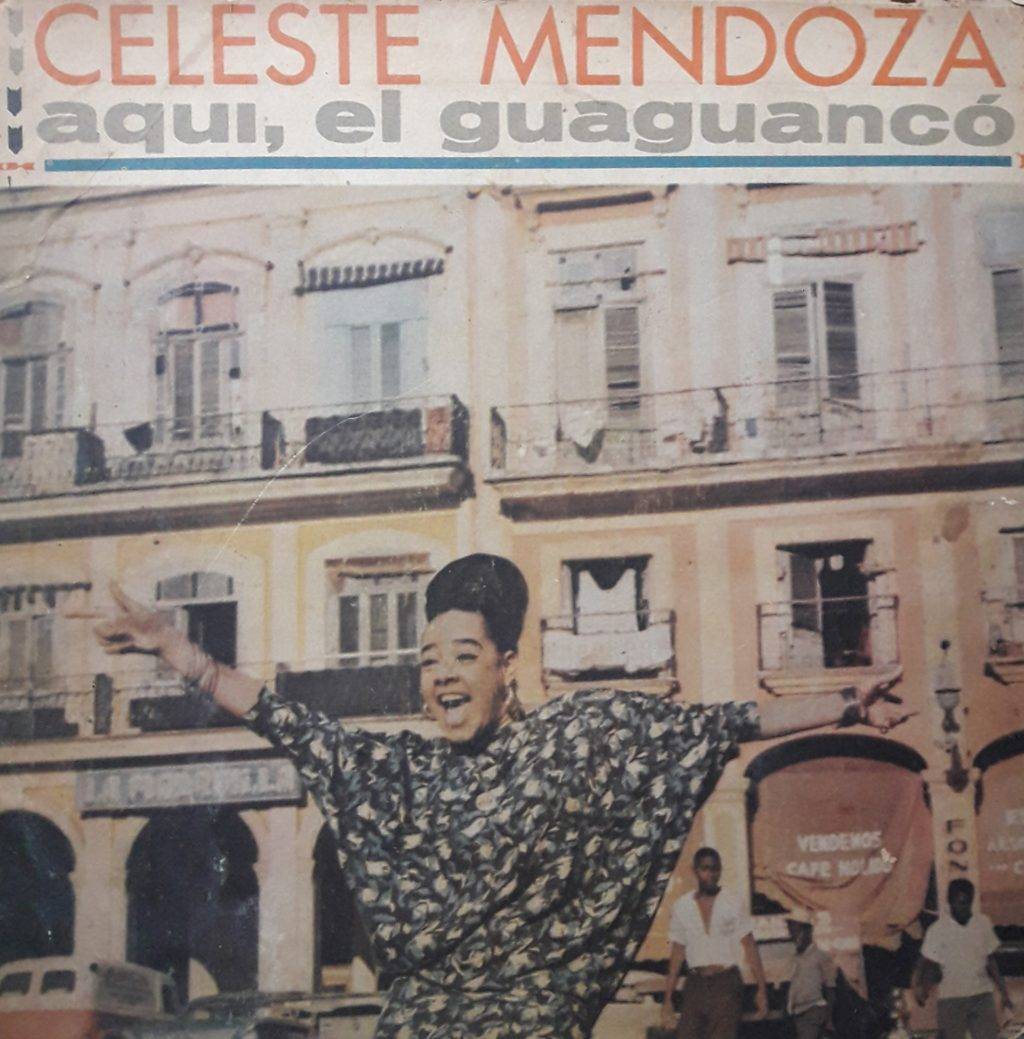 With the accompaniment of the Jazz Orchestra —directed by Rafael Somavilla and Roberto Puentes— and the Guaguancó Cuban Folkloric Choir, this album, recorded in 1965, reaffirmed Celeste Mendoza in her guaguancó empire. Two compositions by Ignacio Piñeiro would stand out in this phonogram: Papa Oggun and On a tomb a rumba. 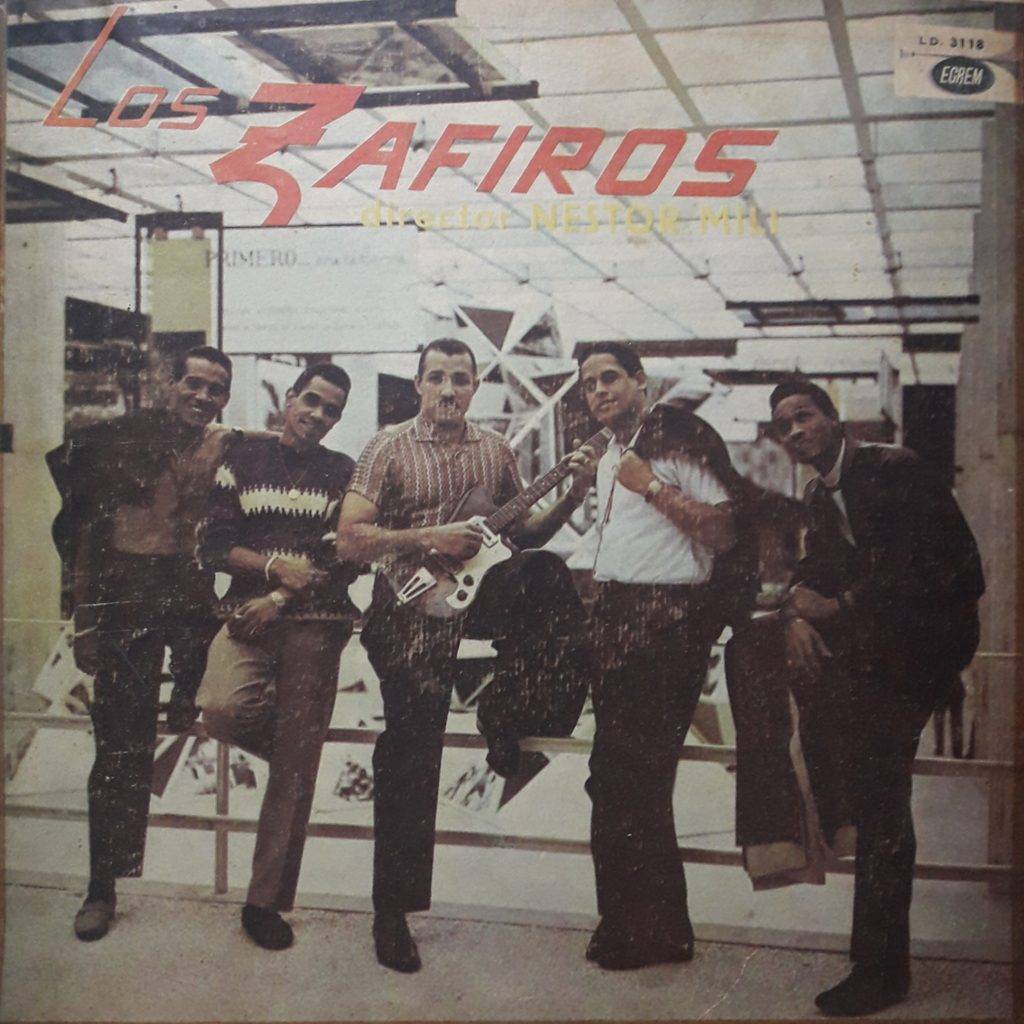 Cover of the album Los Zafiros.

Recorded in 1963 under the direction of Néstor Milí, it is the first LD of the quartet. Just La caminadora and beautiful havana They would have been enough to leave a mark, but Los Zafiros was a huge blow to popularity. Together with the Meme Solís quartet, they were the most popular in this format during the stage. 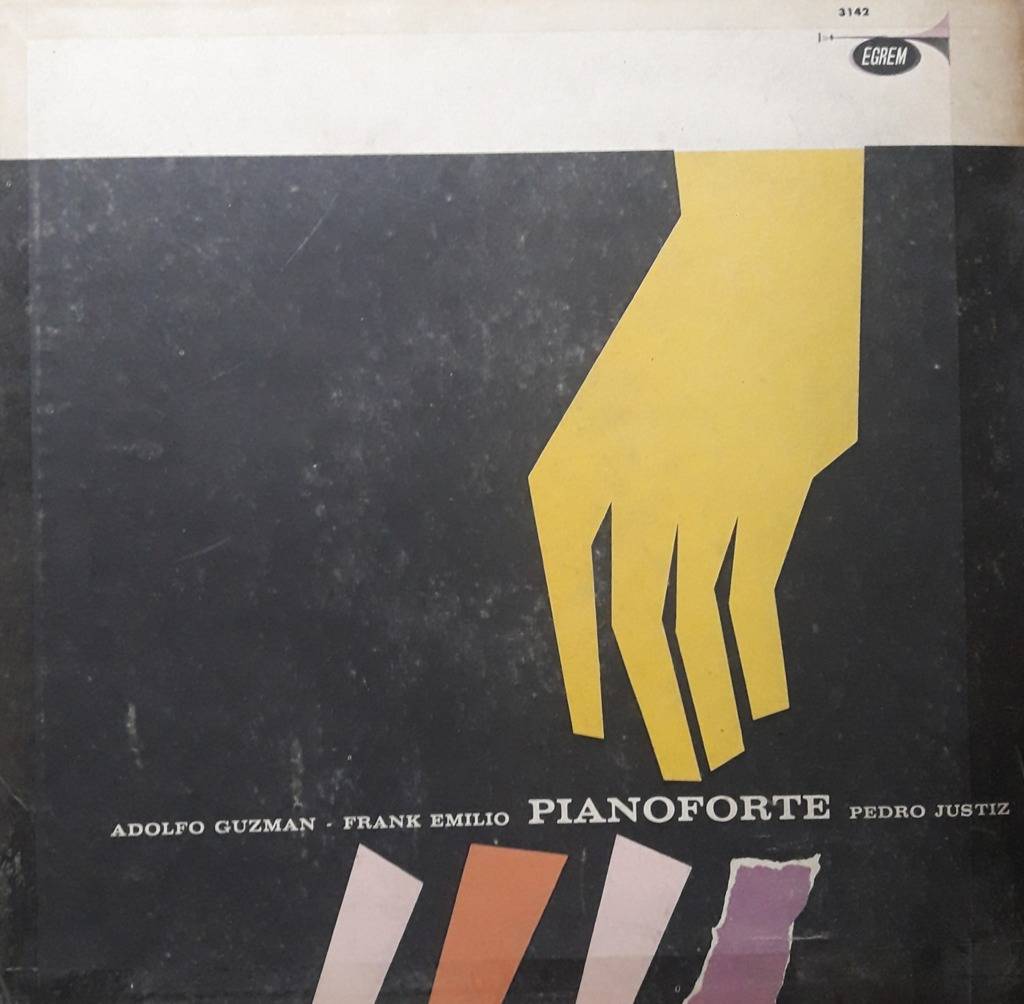 Cover of the album Pianoforte I.

The piano's heavy weights are found here. In the first, Adolfo Guzmán, Frank Emilio and Pedro Justiz (Peruchín) agree, while in the second, Chucho Valdés, Felo Bergaza and Rafael Somavilla do. Different styles, different personalities that are expressed here in different ways through interpretation, composition and arrangements.

Cover of the album Descarga.

The first LDs of Chucho Valdés, already considered at that time a musical phenomenon with only 23 years. The second contains the first recording of Mambo influenciado. Both would open the doors to the subsequent explosion that would be the Irakere phenomenon.

Come over here, by Juanito Márquez and his combo (LD-3154)

A great musician and orchestrator, Juanito Márquez bequeathed us a beautiful album with very subtle arrangements, conceived from and for the guitar. It is said that the name of the rhythm here It is due to the theme that gives title to this same album and that, together with the pilón, dengue and mozambique, colored the dance floors and the feet of the dancers of the decade. Contains a beautiful version of The troupe, in addition to Llavimaso, which is nothing more than Somavilla, the last name of another great but with the syllables in reverse order.

Cover of the album Orquesta Aragón.

The first record made by the Egrem to the "Charanga Eterna". Beyond the indisputable excellence of the Aragón, we can say that LDs like this showed artistic cover designs that raised the concept of the same to unprecedented levels, given that before and even after this decade of the 60s, they would be limited to a photograph , simple interpreter denotation or some simple context. The design of this LD was carried out by Roberto Quintana, who also made those of Jesús Valdés and his Combo. Popular songs on this album were: 22nd street, Come over here and villareña caserita.

One of the great myths of Cuban music: Amado Borcelá (Guapachá). Overflowing musicality, screams, scat, onomatopoeia. The universe of bop installed in a Cuban with a very native voice. There has not been on the Island a scavenger Same. As LD only this engraving remained. He was accompanied by the Chucho Valdés combo. 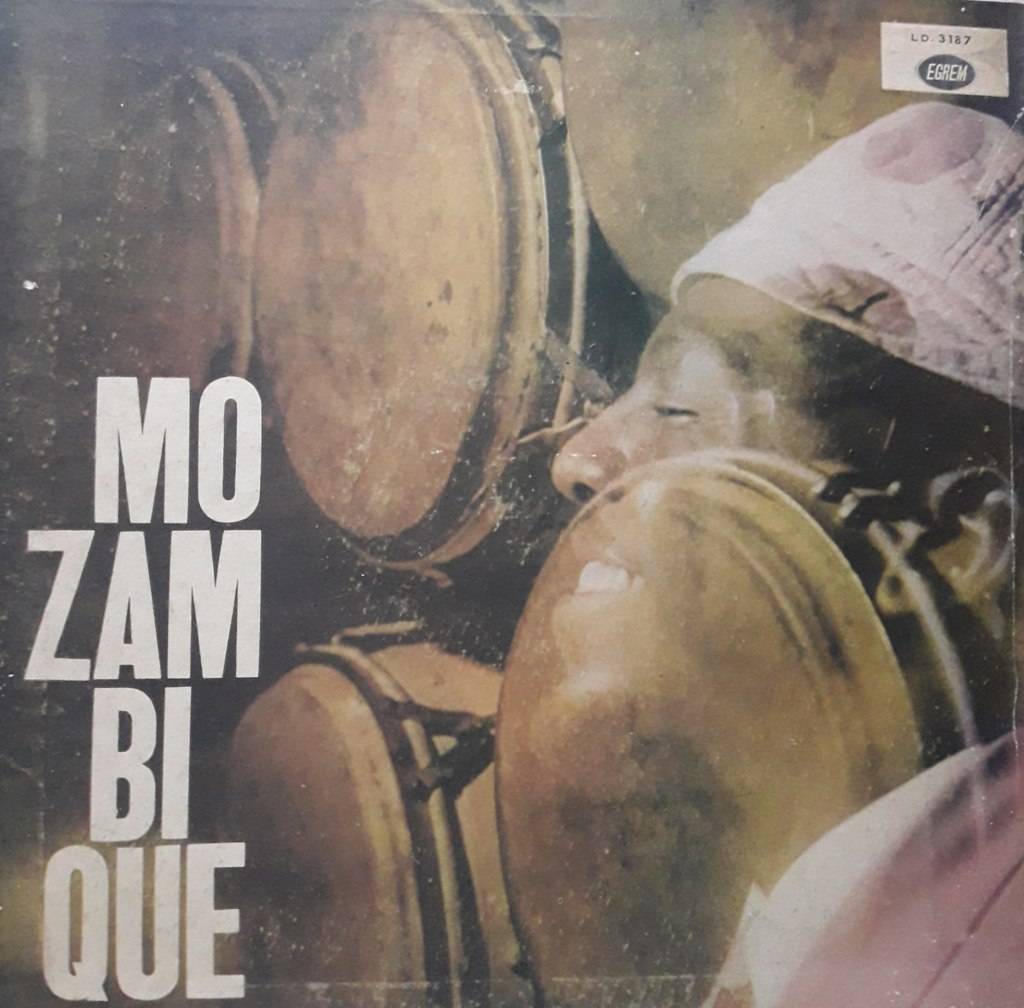 Cover of the album Mozambique.

Controversial 60, controversial Mozambique. It is the disk of Mary Snails, the theme par excellence of the genre. It was inevitable that this rhythm would win popular favor: the appeal of a drum set without skimping on performers, the ecstasy of leather, stylized model-dancers; During the 60s everything could be mixed, beyond music. Everything became Mozambique.

Rafael Valdivia Wandering vinyl collector in the skein of Cuban discography. Engineer ever. The great soneros of yesteryear are never missing from his playlist. More posts
Jorge Rodriguez More posts