In these times of isolation and reconfiguration (who knows if final) of our relationship system because of COVID-19, Keith Jopling, founder of the curatorial site for playlists The Song Sommelier, in collaboration with the agency dlmdd, has published a series of reflections under the name The Lost Art of Listening, in which he examines the role of music and listening in our lives (understanding listening as the exercise of listening carefully and consciously to music), and how the impact of this global pandemic it can permanently reshape the ears and minds of audiences across the globe. We are pleased to share with you — Tuesday and Thursday for the next three weeks — this provocative collection of essays translated into Spanish, with the permission of its author.

Back when we used to attend live shows (it’s coming back, don’t worry) how often did you find yourself at a gig and wonder why the people at the back or next to you seem to be spending more time talking (loudly, so as to be heard above the actual music) than listening? Many fans go to gigs for more social needs I guess, but it has always baffled me that you wouldn’t want to simply drink in the performance. Well, for now all that is on hold, so perhaps this is an opportunity to simply play more records at home and really listen.

It is a skill and a discipline to listen to music, it really is.

This excellent piece from the Brain Pickings blog summarises the 1982 book Music: Ways Of Listening which outlines seven key ways to listen better. This book was a precursor to many more good reads on the subject, from David Byrne’s best seller ‘How Music Works’ to Daniel Levitin’s ‘This Is Your Brain On Music’. In Music: Ways Of Listening, author and composer Elliott Schwartz argues that our collective listening skills have been “dulled by our built-in twentieth-century habit of tuning out”. Our ability to actually listen to music has been gradually declining since the chamber concerts of the 19th century. I can’t help thinking that the 21st century range of distractions can only degrade our listening powers even further. 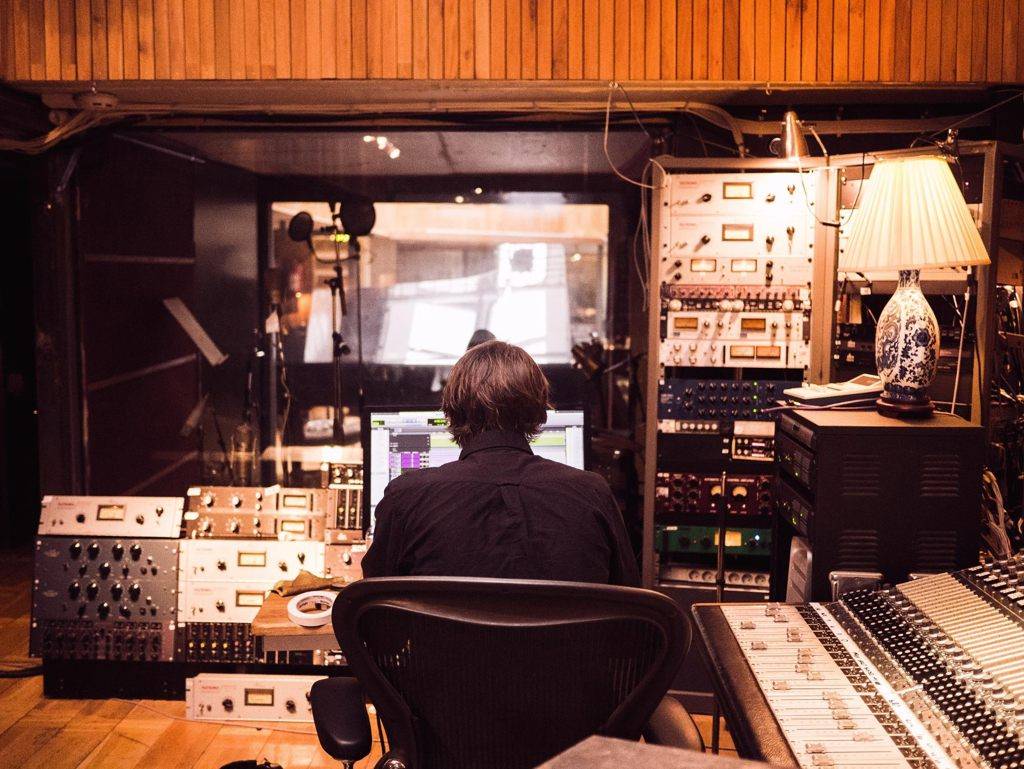 One thing that strikes me is that there is a disconnect somewhat between the creation process of music and the consumption of it as a product. Artists may spend a great deal of time labouring over the making of a record, with teams of people involved - bandmates, producers, engineers. Stories of how specific sounds were achieved in the recording studio are legend, from recording vocals in the toilet (Bjork’s ‘Big Time Sensuality’) to the main guitar motif recorded on a child’s ukulele (Neko Case ‘Last Lion Of Albion’) to percussion taken from banging sticks on radiators outside the proper recording studio (The National ‘Mistaken For Strangers). When we hear the tracks we are largely oblivious to these details.

Some of the best pop songs ever recorded are those that contain small mistakes - the little wabi sabi imperfections that are (often at the producer’s insistence) left in. Blondie’s 1979 breakthrough to global stardom and timeless classic Parallel Lines has quite a few of these little mistakes, since it was recorded in a sprint and with a number of unconventional techniques. Since producer Mike Chapman could never quite fully iron out all of the band’s kinks musically, he insisted on leaving them in to add back some character into the well-drilled pop. Play it through and listen out for them.

Any simple ways to bring such context into the listening experience can radically improve that experience. Song Exploder is an excellent example. The podcast - one of those very early podcasts to establish itself before the ‘gold rush’, is an absolute simple pleasure for anyone interested in the process of song creation. The wonder of it is only partly in the show itself, but also the after-effects of appreciating that particular song much more when you do hear it. A really nice touch is when the song played in full at the end of each episode. My favorite episode so far is Jim James and My Morning Jacket’s Spring (Among The Living), from that band’s sublime The Waterfall album. Try picking out an episode for a song you know, and then one you don’t. Either way, it works.

Streaming services are doing their best to embellish their vast libraries of music with this kind of context, from Spotify’s ‘song stories’ and ‘enhanced album’, to Apple Music’s more straightforward editorial approach, including bespoke artwork. The insertion of lyrics and ‘visual radio’ style information also bring more to the music, yet somehow all of this doesn’t quite add up to anything like the insight you can get from Song Exploder, or a good Pitchfork review, or the warmth you can get from a radio presenter. The grumpy assertion from Paul Weller that an iPod was like “a fridge with no fucking beers in it” has since been fixed, but does it still have a ring to it?

While the streaming platforms make more effort to provide context, we can also just create our own. Sometimes an absolute lack of context might work better too. One method of listening better is to tap into your teenage self and turn off the lights, preventing you from the obvious distractions (mmm, maybe this technique is actually great for actual teenagers right now in fact). Going further along this theme, you could try ‘Pitch Black Playback’ (once the isolation period is over and everything gets back to normal, I pray it still exists). Here, you go along and hear albums played back via a supremely high quality audio system, in the dark, with others. It will change your perspective on those records you hear this way.

For the connoisseur of contextual listening experiences (again when everything gets back to normal) you must try another event-led brand, Classic Album Sundays. In these slightly geeky but highly authentic and always entertaining sessions, a short interview preludes the playback of side 1, followed by short interval, then side 2, of a classic album. Vinyl of course, and usually on a very decent system. Again, it will enrich even those albums you already love and know well, and open you up to those you don’t.

Until these simple pleasures return, we can all try them at home. For a while, I reserved Thursday nights as designated music nights. No socials and no Netflix, but decent headphones and a sofa, choosing just one album and sticking to it. I resumed the habit again recently, and I can wholly recommend if you do want to try it, KIWANUKA by Micheal Kiwanuka. You can dive right into that record and leave the outside world at a distance. You’ll feel better for it.