In the post-Surplus period, each of the former members of the band sought a personal outlet, while Raúl Ciro experienced it intensely. Between 1998 and 1999 he was successively involved in three very different experiences: Queso, Cyrus 3C and Club DiChavez.

Queso was a shared project with Abel Omar Pérez, leader of the group Perfume de Mujer —which was also going through a impasse—, for which they had several guests. This initiated a deeply autonomous work system that would be crucial in Raúl's subsequent performance. Unfortunately, it remains unpublished until today, despite its remarkable quality.

for the disk Cyrus 3C, Raúl collected his songs from different eras, in an almost individual proposal, which led him to take responsibility for almost all the instrumentation and the general concept, resorting to minimal direct collaborations. Another independent phonogram that only circulated among a handful of friends and remains unknown.

Closing his musical production in Cuba, at the beginning of 1999, Raúl participated in a collective experience that materialized in PL Experience of the DiChávez Club, where Mister Acorde, Yusa and Domingo Candelario were also involved. In this case, his contribution was limited to a single piece, but in a certain way it served as a kind of agglutinating ideas, a vital asset for this almost artisanal recording with little public repercussion.

All these bets broke with the group conception that had determined what Raúl did in Surávit. They were analog times, with many deficiencies and also many illusions. From then on, his associations with other creators would be for specific moments, while he dedicated himself to exploring the possibilities of working alone, surrounded by the new technological tools that were placed before him. But that will be another story.

In any case, who can better comment on what those final years of the 20th century represented for him, if not Raúl Ciro himself? (Humberto Manduley). 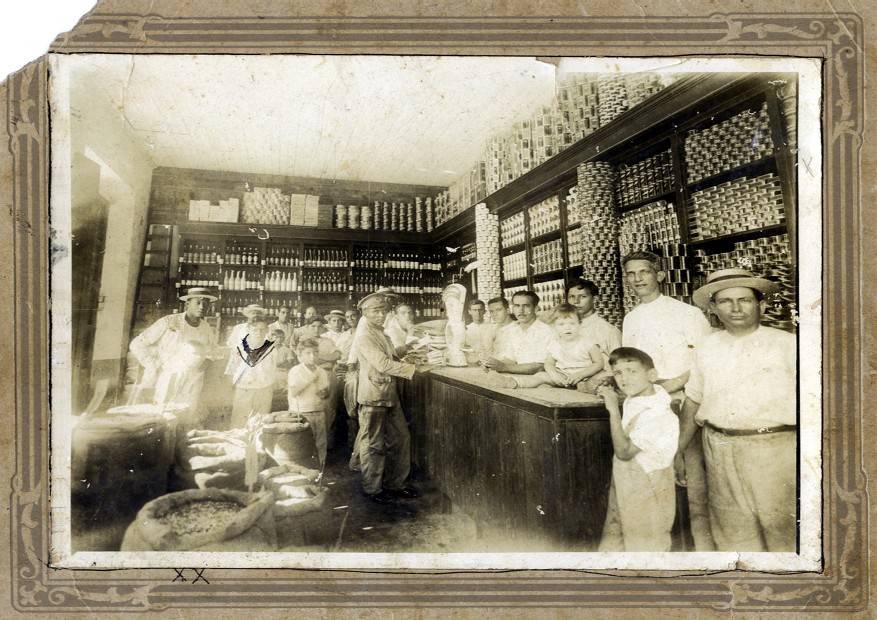 I approached Abel because you suggested it to me. They were empty days and everything was losing meaning. Frómeta did not go to rehearsals, he had bought a computer with the money he raised Bolero. Carlitos went to Spain, and I got tired of pulling the Surplus cart from behind and without oxen.

I don't know why I was around those days with a mini-DAT [Digital Audio Tape] device that El Cochy, a friend, had lent me. I considered that, using the technique of the first recordings of Surávit, I could do something. After several unsuccessful attempts to let me take care of you and Of all the angels —at Abel González's house with his then-partner Virginia, a sequencer, keyboards and the usual legendary AKAI Deck—one day I decided to visit Abelito [Pérez]. We talked, I told him about my idea of recording a group of songs that would complete a cassette, make a cover and give them away. Interestingly, he had a four-room mini-study in his house. tracks that used cassettes preferably chromed and resistant. This device belonged to Pachy [Julio César López], as he told me at the time. I think that same day, using the DAT and listening to what he had done with the mini-studio, we did a first take of Cyrus Crack. It was nothing to write home about—too bad he doesn't keep it—but the union of these instruments laid the foundations for a super-optimal system. Instead of having four tracks, by using the DAT to do stereo base hopping, we made the track possibilities infinite with almost no loss of quality.

I knew something of Abel's work, from Sebastián el Toro and Perfume de Mujer. I'm not telling you that I listened to his music every day, but Frómeta and I were aware of recordings and concerts. I was invited to the showThe Last Supper] in which Frómeta collaborated on the electric bass, although I was not very convinced. My favorite Perfume album is Pollos de granja (Black Moon, 1998). I think that the group sounds round there. I remember when Abel showed me some shots: I was shocked, that was a group. Still today, when I listen to it, it impresses me.

In the case of Abel, things must be taken as they are. With him I learned to relax a little and give time for everything to come out simply as it can. This does not mean that he did not aspire to more. I wouldn't say we didn't write together. Natalie It's an awesome track on the album. When we thought we had finished it —I imagine very late in the morning—, I went home (back then I used to go to Vivian's house almost every day that Abelito felt like it and from there we passed by the Casona de Línea). The next day when we met, he played me a version he had done of the song. I had added an electric guitar solo with a very rare and handmade pedal that Kiko Veneno had left at the Sgae, and that Darsi [Fernández] gave me along with some incomplete strings. The timbre was like wha wha. He also put strings on a keyboard that Polito [Ibáñez] had left behind and had very good timbres, an acoustic piano and added an unbeatable coda that developed the bridge of the song or an idea of it. Damn, when I heard that I went crazy. I was elated. So, since there was nothing else to put, I realized that what I needed somewhere was thunder, and I added a few things to it: inverted sounds and water. Nothing, friends, that this Abel is a monster, a piece of musician, tireless, brilliant, committed, unpredictable. The bastard, while I was sleeping, had added all these fabulous pieces in the theme and had achieved this little gem. It was also lucky to find a copy on a cassette when he accidentally erased the copy we had on the mini-disc we worked on later.

I think that after my experience in Surplus —especially that of the initial stage—, this one, that of the Queso, it was second to none. I still suffer today for not having been able to document everything well. I would give anything to enter those sessions hidden right now with a good video camera and microphones, I think those images would speak for themselves. The way we laid the foundations saturday movies, let me take care of you, Cyrus Crack; Félix Lorenzo extracting sounds from those glasses tuned with variable water for the intro of elephants; how Yalica Jo came in and out with her cello, always running and hidden. That was from a movie. A lot of people missed the two concerts we did. Despite all the problems, they were good presentations, impressive, unique. I have copies on VHS somewhere.

I am especially proud of this record. I think it's right up there with Paul McCartney's first solo. I consider it superior, although I kneel and pray before Maybe I´m Amazed. Fortunately, Abel González lent me a mini-study of four tracks that I had bought, but it was terribly out of adjustment. It didn't sound like Pachy's Yamaha with which Abel Omar and I did the Queso. I don't know for what strange reason I was so desperate to record then. Evidently, I still had some tremendous cheese left.

At first, without using a clapperboard or anything, I recorded a track with the theme in acoustic guitar and voice, I used it as a guide and if I later added something better, I deleted it. We must take into account that we are not talking about hard drives or digital recording. I was using very expensive cassettes by then, and had to save on passes. There was a lot of wear. 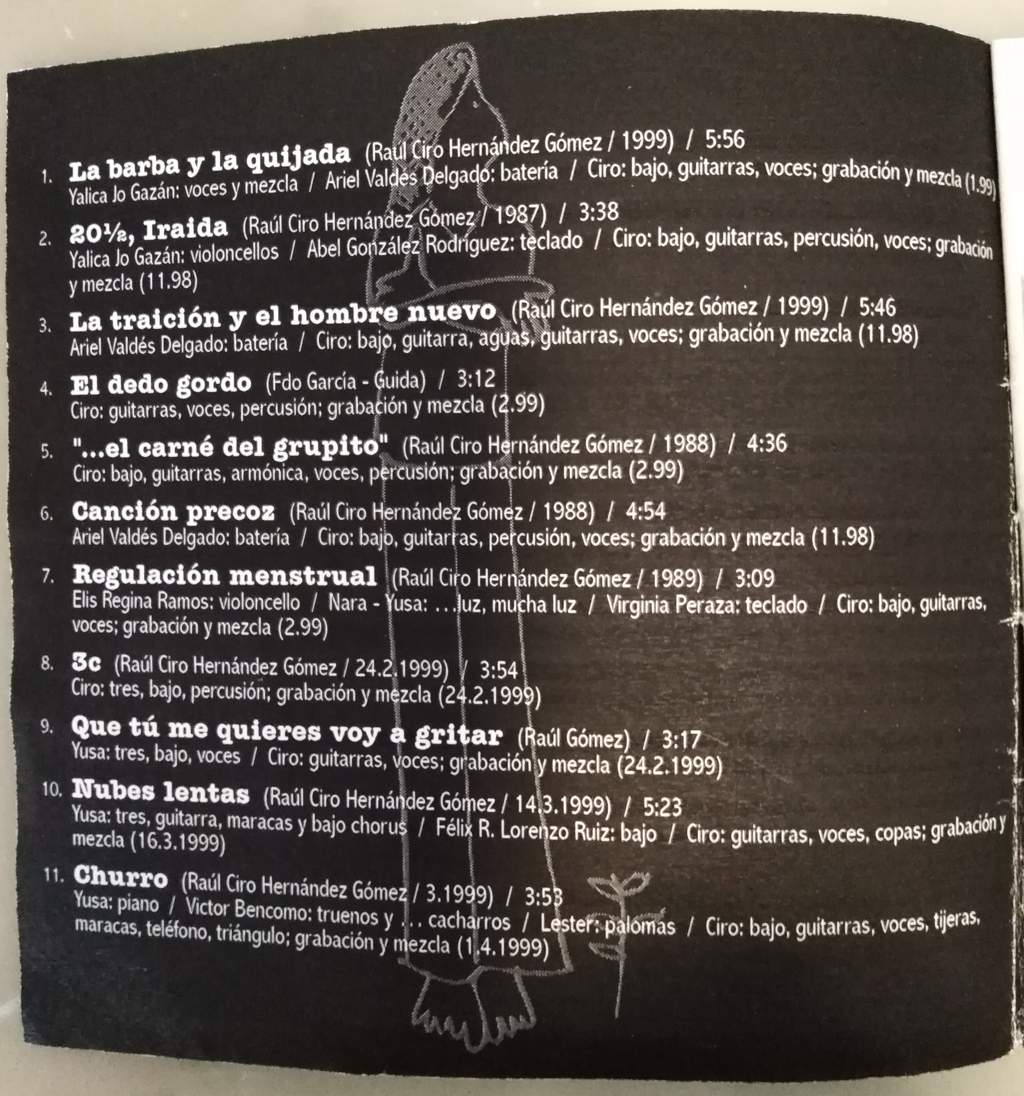 Inside of the album Cyrus 3C.

The beard and jaw it's a song I developed from an initial idea while recording it. Almost all electric guitars are samples improvised and edited from my irresponsible ignorance. I did everything as it says on the album cover, many friends helped me. 3C I composed it by recording it. Sometimes I made jumps to a mini-disc, other times to the DAT of the Sgae. slow clouds it was between the mini-studio and another old Abelito González tape recorder. i tried that monkey [José Luis Quintana] will play in The group card, but it could not be.

The international Cyrus 3C It would have been perfect if I hadn't done it myself. Another vision always helps sharpen the acuity. I'm not an academy musician, I have my flaws and, furthermore, mediating the rush, you know. I didn't use a metronome then because I didn't have one; then Félix lent me one and that's why there are some songs that sound more stable. It is very contradictory how things happen. Thanks, above all, to Abelito “Anima Mundi” I was able to consummate that material of which I am fully proud. I remember that experience as one of the best of my life, surpassing the stage Queso.

For me, the total recording and production of this album was a tremendous experience. It was like an all in one. I felt enlightened. In the absence of Frómeta and Abel Omar, there were their flows, and Yalica. I chose old songs, I covered other people's songs and my own, I did almost everything I wanted. We even put drums on the songs and yes, I know that everything sounds offensively unstable, but that's not the only thing that can be said about this album. That's what I told Frómeta when he told me what he thought. You have to be very honest with this material. It's just perfect, I'm so sorry, and thank you. Even today I don't know what Yalica thought: it really is her album. Fritter It is the track that fits me the most of all. Félix found the bass I played there very interesting. What more could you want!

Lately, every time I hear Your favorite singer From Frómeta, I confirm it: he is a brilliant musician, a great producer, composer and arranger. But Cyrus 3C it's more than just an album —which it is, eh, let's be clear, it is. A very good photo after the Queso. That's it, a good photo... Rest in peace Raúl Ciro. 1964-1999. 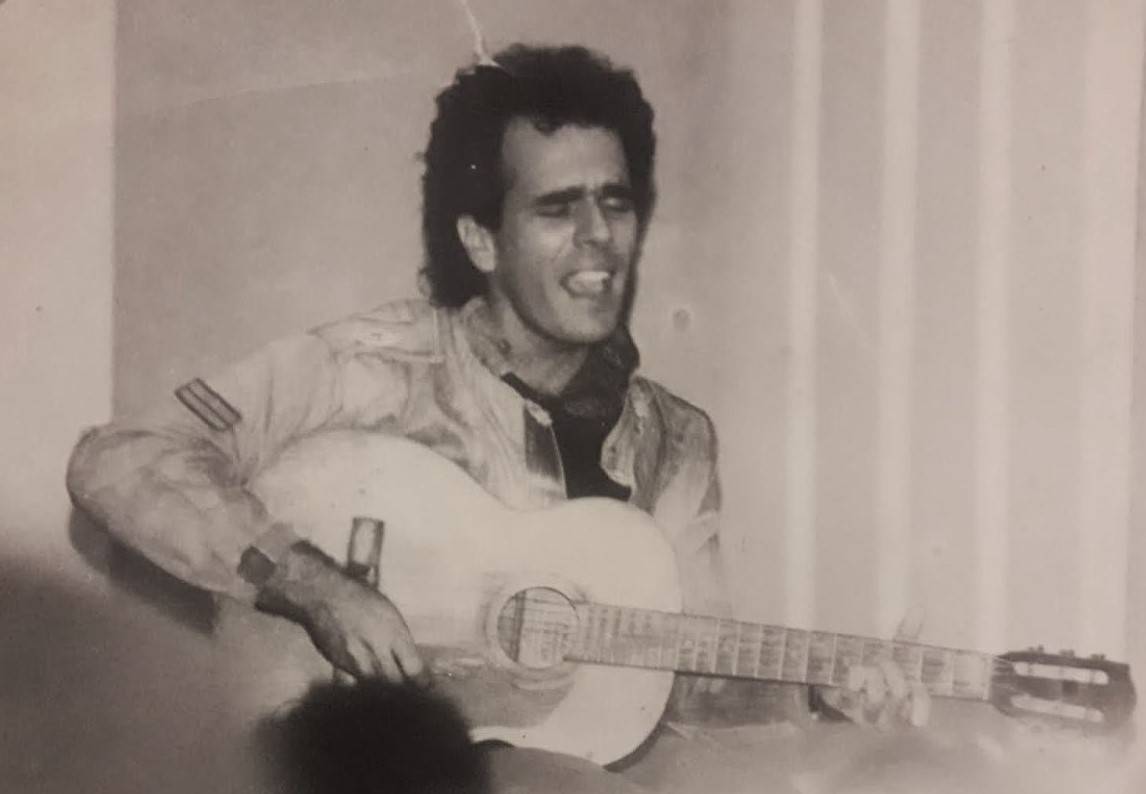 The Narah [Valdés] house —at Chávez 57, Centro Habana— was something very similar and superior, in the sense of an accomplished commune, to that of 13 and 8. We had a good time, all the rehearsals were recorded on video. The camera was passed between Pablo [Herrera] and Narah. We did a little album better than good, as a sign of the project's potential, especially to sustain the sponsorship of Sergio Carruba. He missed Yalica a lot and any madness is understandable. “Always returning to you I climb…”. I think the best thing I've heard out there, in my short life as a musician, was never recorded.

We even gave an unrepeatable concert-food, it was great, something unique. Those days were like my favorite Summer of Love. Rice and sausages in the electric pot, and Mister Acorde eating and eating; Yusa snoring next to me; Narah, Freya. There is nothing more to talk about, I think.