Put on the black jeans and the pullover - black - of Red Hot Chili Peppers and go out at night now; make today's one different from yesterday's and "all your troubles seem so far away "You know where you belong, to that trough of dinosaurs that people like you go to, the strip of the forties anchored twenty years ago, when rock was the soundtrack of youth.

If "all you need is love ", go now, for that basement with biblical whale belly, Silvio bathyscaphe, maternal uterus embedded in the corner of 17 and 6. You will never adapt to reggaeton now because the Music is simply a decoy of memory; Go where the guitars cry sweetly so that the eternal return of the past makes it beautiful, even if it wasn't.

"" You can't always get what you want, "but now you can go to the former Club Atelier, renamed since 2011 as a Yellow Submarine. It matters little if you went from the Beatles or Rolling Stones side because nostalgia equates everything and nullifies the silly quarrels.

Come out, Juliette is waiting for you; and although that brunette with frizzy hair is redder than black and reasons of body proportion predispose her to shake her ass with Cimafunk rather than rotate her head with AC / DC, she won't protest because tomorrow, when you push to dance in the Brecht, know that you are going to meet him, that you are an old-fashioned type, of those who respect the pacts. Today is your night but run to the Yellow Submarine, which will surely be queued, Sweet Lizzy Project plays for the first time in Havana since it toured the United States for a year ... 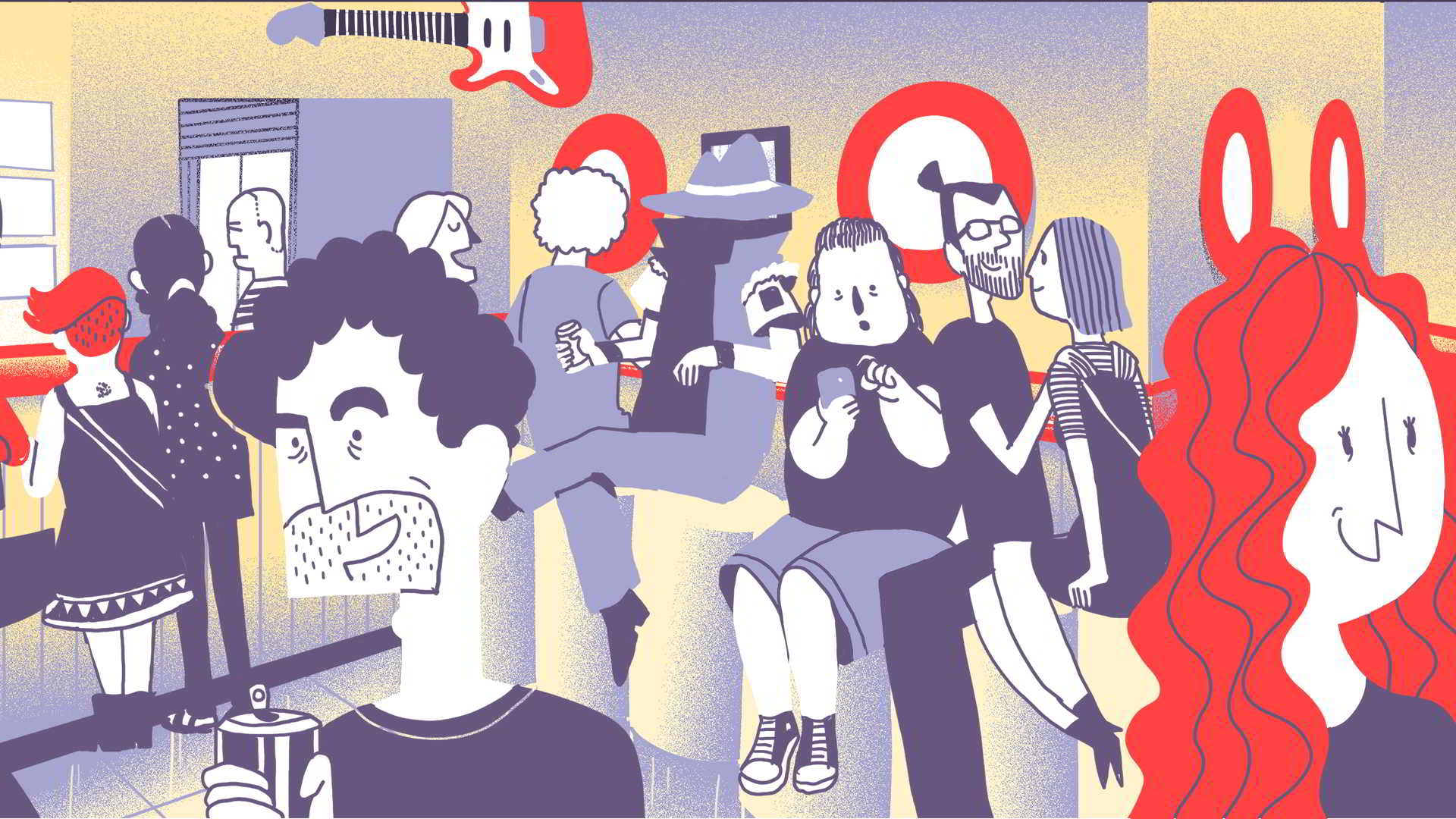 If you are alone and with 5 CUC in your pocket, two for entry and the rest for a couple of domestic or imported beers at 1.25. Or if you are accompanied and there are 10 CUCs in your pocket. (With 5 more, if you have them by chance, you can afford an assortment of appetizers based on tuna rolls, ham and cheese, and some olives) ... If you like rock and pop-rock and Bonnie M and KC and the Sunshine Band (the dance dance of the 70s and 80s) and you are over forty years old as it has been said ... but also if you are the twenties who do not tune well with Bad Bunny and Chocolate, who knows if by marking a rebel distance from your peers or because strangely you identify with the music of papa and mama, and those parents of yours can give you those 5 CUC, 10 or 15 ...

So, the Yellow Submarine is your place in the world. Welcome to the land of coversRock is dead, maybe. But since he has left a fifty-year-old trail of the best music, there is a repertoire to cover the nights from Monday to Saturday on stage with bands of old people, with long gray hairs: The Kent, Gens, Eddie Escobar, Vertical Dimension, and also, incredibly, with groups made up of younger people: Tracks, Aire libre, Miel con Lim'on, Bonus, Habalama, Backspace, Cocktail, Coverland ...

If you have black pullovers that say Queen, Sepultura, Nirvana or Metallica; if you are not a metalhead of the rigid and you do not disgust that after Starway to heaven a song of Maroon 5 is interpreted; If you are looking for an Artex Cultural Center that works as God commands, where the service is better than expected, with clean bathrooms and where the place maintains the authentic decoration with its cult of The Beatles and the movie that gives its name to the place.

If you are looking for a noisy and quiet space at night in Havana and where for a few hours the utopia that we are passably equal is fulfilled, united by music, the monotony of clothing and the affordable price of beers, El Yellow Submarine never fails you. Or rarely... 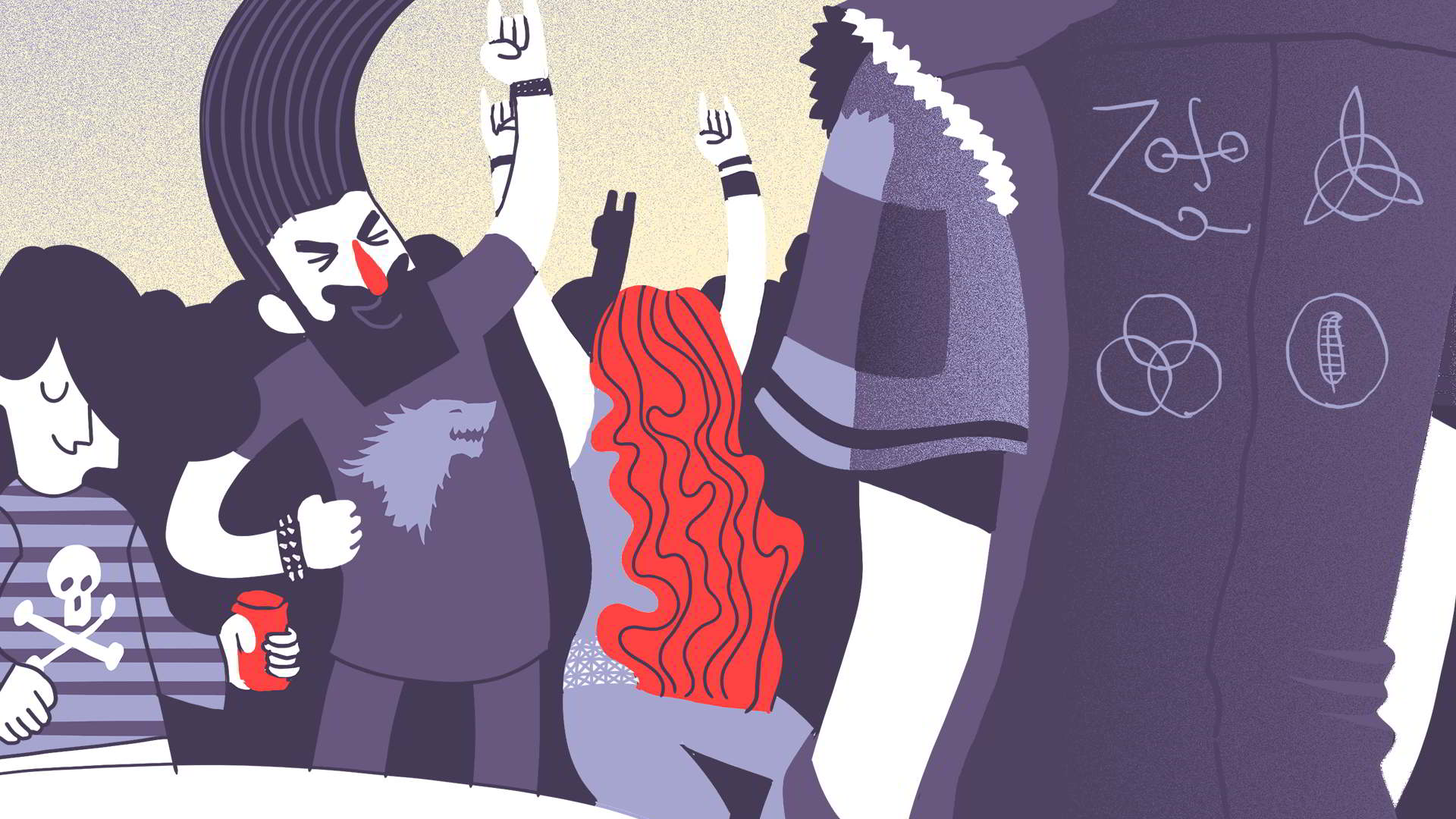 It is past ten and there is still a line with about 50 people clinging to the red iron railing, to which those waiting for their turn sitting on the park benches around the bronze John Lennonwill have to be added. " We all live in a Yellow Submarine ",humming, but I am struck by the doubt that we can all enter. A shout comes from the bottom of the stairs, Daysi and Dayron are still there; they were marking from seven o'clock and they just have to enter now, they sneak in. A rapture of good luck and, behind, the bad news. At the box office, they tell us that they doubled the price of the ticket. They make me feel a" fool on the hill ",hewhy didn't they notice it on the official Facebook page? No one in the queue knew, not even my friends who are regulars found out. Goodbye hors d'oeuvre or three beers less; I get upset but I pay, not so much for SLP but because I already got here.

They told us that they wanted to avoid the excess of the public; however, the interior is saturated. There are many people there who must have been smuggled, skipping the line; and the olders covered all the tables and the young people fill the benches next to the bar, cover the corridor towards the bathrooms and fill the space at the end.

We "fight" literally a hole in the back sofa; although from there, we do not see the video clips that roll on the screen and much less we can perceive the little Lisset Diaz when she enters to sing. It will be a night to listen blindly and to open a crack when you want to release some hallways. But the Heineken works miracles and also the good vibes of Dayron and Daysi, who look one for the another, as a perfect unequal couple, where he is the thirties and unusual Santiago who enjoys Scorpions instead of Candido Fabre; and she, a redhead about the four decades of being born and raised in Vedado. They are encouraged to wiggle the Game of Thrones dragons Game of Thrones of their black shirts and dance rock as if it were danzón, in the space of a little brick; and I wonder how they do it, if it is because they are thin to Mick Jagger and comply with the stereotype of the rocker as an anomalous caste whose belly does not thicken in proportion to the passing of the years.

And in that, I hear a gangly and very husky voice, and I recognize without seeing the face of the one who showed the faces of rock to my generation from his column "Between Strings" in the magazine El Caimán Barbudo and the television program A Capella. Rarely the founder of this Yellow Submarine, Guille Vilar or simply El Guille, acts here as a presenter; but the reverence is immediately understood, no more speaks of the presence of the Sweet Lizzy Project group as "return of the prodigal son" and fills his young singer with praise. Between the double price of the entrance and the double of public gathered in the room, and now with the words of the Guille, they have set the bar high to those who, to top it off, carry the sambenito of being arriving on a "successful tour" for the rock kill, the very yuma.

Before the game, Lisset and his companion gang won their family, especially with a hit solo hit , Turn up the radio, an English version of a song composed by Descémer Bueno for the Enrique Iglesias figurine; and they became the banner of the Bandera Studio project and a handful of new bands with pretensions to survive and stand out in a national rock scene reconfigured since the closing of Maxim Rock and the loss of hegemony of the Cuban Rock Agency and its metalheads at I send. 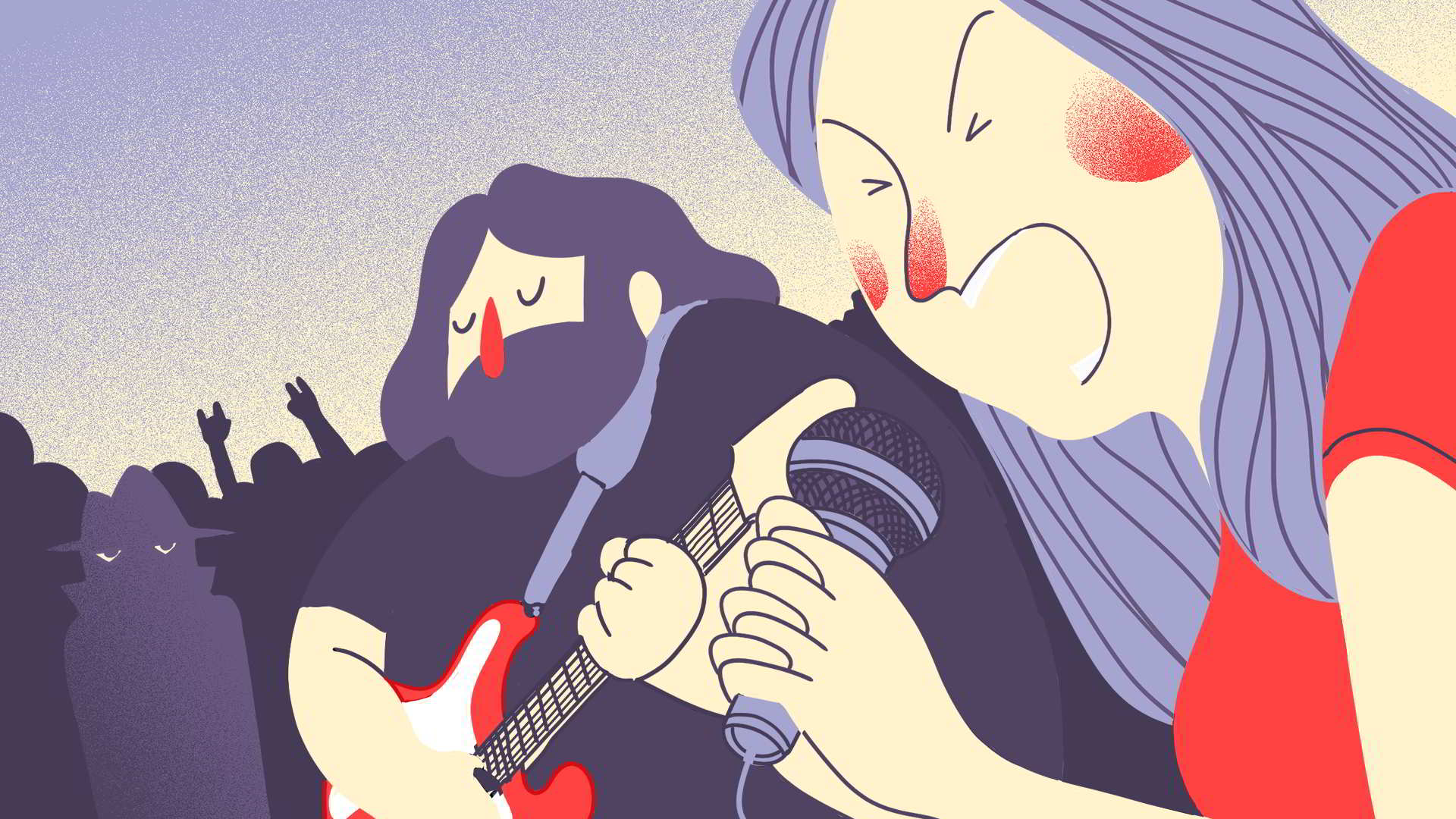 In the era of a more profitable rock, the one that likes those who can pay for the nights of the Submarine and the House of Friendship, the main attraction of SLP is to make renewed covers the covers of the usual classics and the versions of tunes fashionable, thanks to the unique qualities of its singer. It is not time to become exquisite, that the show must go on,because the half-time and the teenagers, all of us who are preparing to live tonight of the Yellow Submarine, have come to leave all our problems yesterday. Little Lisset doesn't have a big voice, but she is kind and malleable. It conveys the feeling of providing shelter when the. Gimme Shelter rushes,perhaps more temperately than the torrent of "Rolling Stones." Ductile, it moves towards the Diamonds of Rihanna and, in the test of flexibility, goes from the psychedelia of the Whole Lotta Love ( Led Zeppelin ) to the welcoming emotion of Amy Winehouse. Take on the most melodic commonplaces of the alternative: Losing my religion (REM), Zombie ( The Cranberries ) and All apologies (Nirvana) interspersed with Deep Purple and AC / DC of attenuated stridences. Jump without restraint to the light wave Light of Coldplay and Chainsmokers, throw a potpourri where Bonnie M, The Beatles, Bruno Mars, Billie Eilish, Imagine Dragons, present and past merge ... On the next table, there is a woman in her fifties with his son of twenty and a few. Who brought who? Is it his or her birthday? This intergenerational approach is unheard of, I've only seen it here in the Submarine. Peals We will rock you and myself, bored of trashing in the seat and jumping on a tile, I just sneaked in between the girl. The Chan Chan begins to sound Chan Chan and I find it hard to believe it, but what the fuck, it is rich to dance and a symbol of Cubanness and God knows what SLP has to play in those American clubs. The concert has lasted about two hours and is predictably going to close with the translation of Turn up the radio; and the can of beer has dried up and the money is over and we say goodbye to the perfect uneven couple of Daysi and Dayron , and we leave before squeak squeak and the black tide spurts out the only door because the innumerable hatches are of imitation

First name: Yellow Submarine.
Address: 17th Street between 4 and 6, Vedado.
Schedule: Afternoons from Tuesday to Friday, 2:00 pm to 7:30 pm (recorded music). 1:00 am Monday to Saturday from 10 pm to 2:00 am (Live concerts). Matinee on Sundays from 2:00 pm to 10 pm
Entry price: 2.00 CUC (Afternoon Free Entry).
Beer price: 1.25 CUC.
Accommodation: 120 people.
Modes of use of music and genres: Rock, Pop-Rock, Rock & Roll.
Property model: State (ARTEX Cultural Center).
Raphael Cricket Unrepentant music lover. Most of the time I spend between El Caimán Barbudo, where I am its 21st century editor, disseminating Cuban literature on my Isliada website, and convincing students to do something called narrative journalism. I am a fan of Queen, Dracula and Sherlock Holmes and sometimes I publish books with titles like Isla en negro and Revolicuento.com More posts