At nine o'clock they drove carriages, urinated and the beer left over from the cans that spills and wets the shoes. The police positioned themselves for when blood began to roll. At nine o'clock the carnival started on the boardwalk and four or five stops from P1, on 1st street, Playa, there are 20 20-year-old boys waiting for Don Crab to open; and that when it closes, at 4 am, they will not go to the boardwalk, I do not know, for the floats, or just in case blood begins to roll.

Here there are children who are university students or who look like university students or who, in some way, because of their parents, because they work, because they are sent, have at least 10 CUC to melt, taking into account the cover, 5 CUC, and the price of beer, 2 CUC. Now some smoke. Women in dresses and heels. Women in pants and tennis. Men in shorts, pullovers inside and men in long sleeves. The row arrives at the house next door, garden, two floors, fence of 1.80 m. There are lights that make a white star in the black sky with the moving tips. You can see behind the facade of the restaurant: a sign, "Don Cangrejo", in large red letters, some balloons, a roof of red tiles, glass windows and the stained glass window of a crab with Sebastian's face (The little Mermaid), with a chef hat and a plate in his hand, blue background and seaweed.

Cars in the parking lot and on the street. The fence is made of wood with ropes and round lamps that shine white on the front walls. Nautical everything. The announcement at the entrance, which used to say Charanga Latina, now says Charanga Habanera and the difference between the two charangas is that Habanera costs 15 CUC and Latina 10. There are a few bushes in front of the wall and a man reclining in the wall between You kill them and the next door and ask me if I'm yuma. Say by the camera. He says that there are yumas that make photos and also chivatones that take photos. That days ago they loaded, that is, they took prisoner to one of the taxi drivers who wait outside and who are trumpeted walking behind those who leave, showing them, discreet, little taxi signs that flash on mobile phones. For pleasure, he says, they kept it free, that is, without reason, because one here what he does is fight his little run. Nothing bad. I say quiet. I tell him that if he were a chivatón he would not be there as an idiot with the camera.

On nights that are not Thursdays or Fridays or Saturdays, Mr. Krabs works, but there are not too many taxis outside or so many people outside. Between Sunday and Wednesday, Mr. Cangrejo, since he was founded in September 1997, is a restaurant with regulated prices whose specialty is, of course, seafood. At the beginning, there was a pool with a bridge where the client chose the animal he wanted to eat. They were presidents, famous people. Then, in the early 2000s, Mr. Cangrejo went from the Ministry of Fisheries to the Ministry of Tourism, and the pool was made into a stage that now functions as a party room, inaugurated by trova artists such as David Torrens and Kelvis Ochoa. In 2006 they played Baby Lores & El Chacal two or three times and then the dance music crushed trova, rock and jazz. Now every Friday, for almost a decade, there is a party (Fiesta en Grande, they call him); Thursdays and Saturdays, concerts, usually timba or salsa or reggaeton orchestras.

Taxis, Ladas and touring cars arrive, low people, people line up and the cars follow by, a few enter, a few others park on the street. The house on the other side of Don Cangrejo is the Union of Raw Material Recovery Companies. 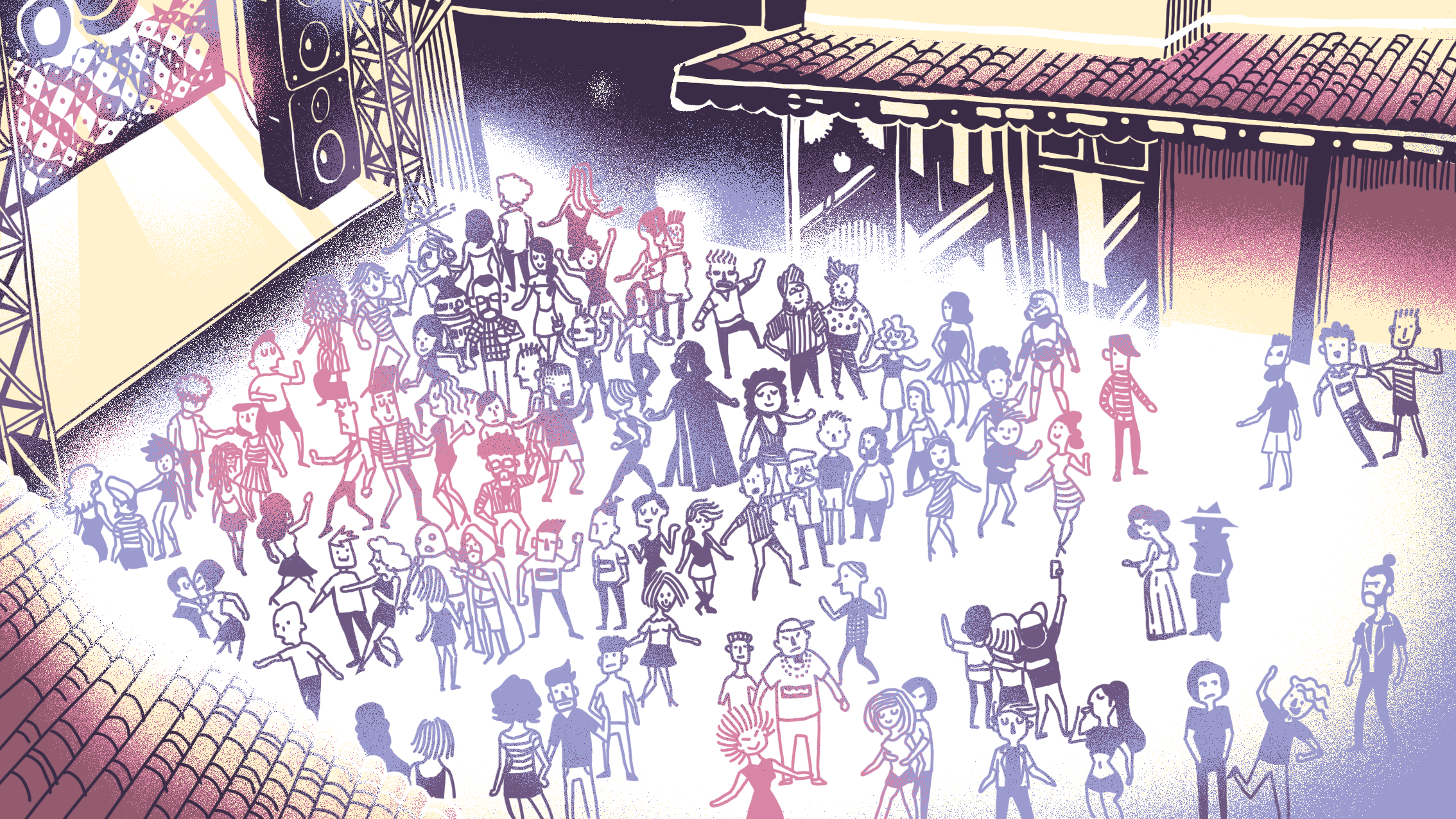 10:45 The park opens one side of the fence and the tip of the fence touches the lawn that adjoins the street. Leave people behind. Enter the parking lot and bring another and two large railings and make a barrier between the entrance and the sidewalk. Everyone back. Wait. Some gringos and a piquete de gordos that speak in German begin to arrive. A man sells chewing gum. A few girls say they have reservations and the doorman tells them to stand on the side of the barrier where there are no people: reservations do not queue and booking is easy: it is to go days before in the morning, talk to the manager, Raúl, or with the maitre d 'Rodney, pay the cover of the event you are going to, pay the cover of those who go with you, and receive a ticket that guarantees a table, the one you want, of course, among those who did not choose those who booked before than you By the normal way it is very difficult for you to reach a table, not even if you dial from 9 pm

At 11 there are more than a hundred people on the sidewalk, around the fence. The doorman, with two other porters, opens a minimum gap between the wall and the railing through which they all pass, one by one. Reservations first. The porter reviews ticket to ticket, in the name of who and how many people. Then, in the parking lot, another doorman with a flashlight reviews the identity cards because the rules indicate that it is for people over 18. If you do not have a license, you stay out. Once you cross the parking lot you make another line, now on a ramp next to Sebastian. Another doorman, gigantic, with his arms crossed, lets go a little bit in a little way down a corridor with balloons and garlands that ends at the counter where you pay before, finally, entering the Fiesta Grande, which, of course, you will be happy.

At 12 o'clock at night there are still people coming in and people outside, and inside many lights, two walls, the floor, a chin roofed with a tent and the rest in the open air, colored balloons, four speakers, a few tables, a stage with couple of screens, bar to the left and the usual: couples that warm up slowly, people who sit, dance, people standing, picketing, talking or talking on cell or recline, selfies, soft cigars , fans, garments, slow reggaeton, nice reggaeton, reggaeton with electronic trumpets, belts, gringos with short drinks by Ballantine's, tattoos, matchboxes, on screen Juan Magán with Belinda, Alicia Keys with Eminem, Rihanna, CNCO with Zion & Lennox, rich everything and better when it happens because I look at it, I like it, I hit myself, I invite it and we dance, which is how these things have to be done.