Dismantling the night: Olalá that suits you

I've thought the lights of Olalá Bar are hypnotic, at least after a few drinks I think so. If one stays longer than expected there, it should be, in good measure, because of the lights.

On the dark floor, the violet hexagons are coupled with the music. With Ozuna, Bad Bunny, Maluma or J Balvin, without expecting surprises. The Olalá is another of the bars that underpin the mood of Havana. Apparently, an alternative to leisure. But no, of course, the alternative of either. It is heartbreakingly naive to believe that someone can fully enjoy Havana night by carrying a hundred Cuban pesos in the wallet. The life of the capital becomes more expensive. In the Olalá they are up to date, and they scrub it, intentionally or not, in the face. They are not the monsters of the movie. They do not have charitable functions, nor do they bear the guilt that national wages are nothing. The plan of the Olalá, in any variant, is to close the month with earnings. We could attribute its lack of originality in aesthetics, its same lists in the DJ booth with the successes that you would find in any nightclub, but none of that makes it less functional or more iniquitous.

This is a place that has not been made to make anyone fall in love, where a Cuban proudly tells his American girlfriend that Pitbull is also Cuban. Where the bride seems to get excited and exclaims a "Thats great". Where he, shrewd, will shake his shoulders, as if he wanted to convince himself that he and Pitbull are more or less the same person, and that he gets involved with a single test of sandunga. Then, the girlfriend who is with him, is, in turn, with a portion of Pitbull.

The couple drinks mojito next to the bar, after looking carefully at the letter in which there are bottles of Havana Club for more than three hundred CUC and whiskey of different labels for more than two hundred. The mojito costs about three, like imported beer. They are served by the bartender, who is a young white man with slicked hair, as well as many others who perform these functions in Havana's private bars.

After ten o'clock at night I am part of the Sibylline contrast of the former Sarao bar, now renamed Olalá, on the corner where they kiss the streets 17 and E of Vedado, which is, in the end, the kind of place that makes you feel badly -I insist- if you bring less than fifty CUC in your wallet. It makes you feel bad if you do not get drunk until you scream all happy and think that life is great to have you there. But above all it will make you feel bad if you are a thirty-year-old Cuban alone, looking for a place where you can lay your back on your back to simply spend the night outside, without dancing, without wanting to interfere in anything, with a cold bottle of beer sweating in your left hand , drumming with the right.

For the dawn, I will be a surly detective, cut in half by the artificial gloom, trying my myopic sight to discover the essence of the place in which I am involved, maybe ambitioning to snoop in the soul of Havana nocturnal, scattered and blue, that I think I know. At the moment it is not eleven o'clock at night and the detail that can be highlighted is that the Cubans present are still the majority.

The couple at the bar have moved to one of the tables, all surrounded by dice-shaped seats, with white vinyl liners that communicate the certainty that you can not rest in them peacefully unless you are going to consume, to pay the privilege. Seen this way, with the weight of economic coercion, the Olalá can, late at night, be annoying.

The couple at the bar, who obviously moves on another rope, smile. The two, mulattos. She in a thick cloth dress and he in a cap, light shirt and a backpack. Everything indicates that they do not wear so much together, because otherwise, in my opinion, they were not in the Olalá.

I go after another beer. The second sum seven pesos to the account. It is unfortunate to have to calculate, to think that between four Pilsen you spend an average salary, but I have not come to correct social justice, equity, or to convince myself that the world is vile and that socialism is utopian and that, therefore, We have vegetated in a lie of a century, although the truth is that, on the other hand, I have not come looking for fun.

It will be necessary to say at this minute, however, that the breath of weekend sprees is nourished by the access to beer. Without beer, which is the same as saying without fuel, the party animal is the horse loser of the racecourse. Farra thus is little more than a wake. What is the nocturnality of a full without drinking: even for the abstainers, the day would be a cold lunch.

A beer with a 250 percent premium, above the premium that already corresponds to the state market, does nothing but clearly accentuate a difference, relegándote to the place of those who can not consume, with the prejudices that means. In the long run, one manages to give relevance to the effect of segregation or not, however, that does not mean that it eliminates its causes. 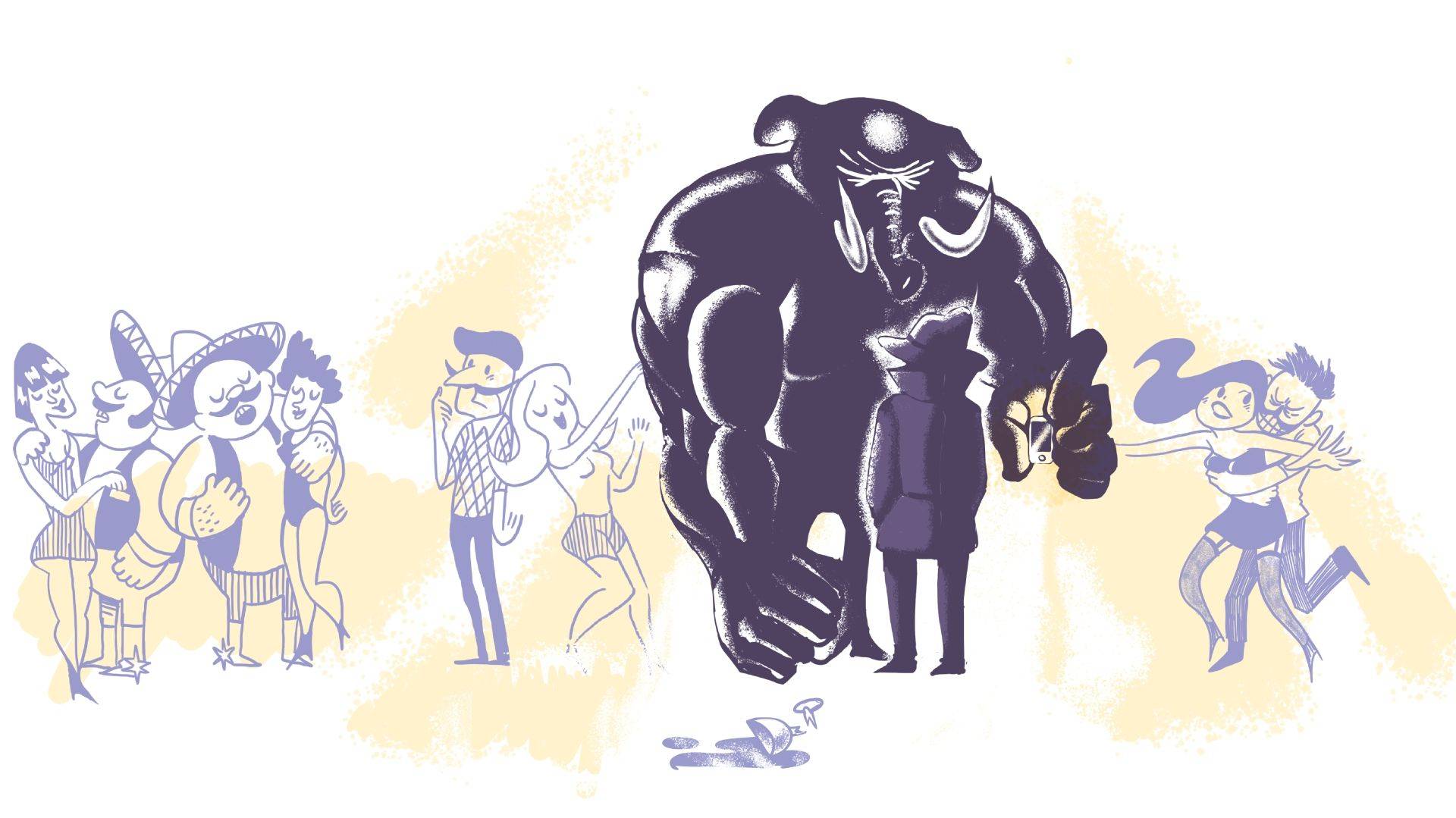 Those of the security body of the Olalá are, unlike the staff of the bar or the waitresses, mammoth blacks of rough character. While one, who brushes the two meters of height, circles the guardroom around the room, putting on his best face of few friends, another puts his Detroit cap in front of the ring of a mirror, which pays him with the satisfaction of reproducing his bombastic biceps, with which he will later try to intimidate a skinny man who warned him for the second time that videos could not be filmed inside the Olalá.

The Olalá reaches its peak of influx near midnight. A full influx in the imbalance, where, apparently, more than sixty percent are foreigners spilling the drinks, which fall to the ground and that a woman immediately cleans it with care. It is not the Caribbean disorder that predominates, but the awkward ease that alcohol causes in other latitudes.

A babelic murmur behind a glass that falls and shatters. An Italian who hugs the careless waist of a brunette Cuban who makes an effort not to break and fall from the height of his heels. A blond Cuban with another Italian about twenty years older, which forces him to follow the rhythm of a trap, which the Italian would try with nefarious results. Two stylized mulattas who came accompanied by two plump Mexicans and who preferred an area of ​​less agglomeration, where after a couple of President began to shout mariachis. Everything that surrounds me, despite being more sustained than my tired feet, seems without any firmness. A cubalibre turns on my pants and nobody, naturally except myself, warns him.

It is time, I think, to separate from the bar, which has been invaded little by little. I slide to the tingling spine of the room, when the De Cuba group plays live a cover of Maroon 5, specifically the song This love.

I thought for a moment that I could, at this point, let myself be absorbed by the environment, however, I am convinced that any personal relationship with the world is ephemeral. The smell of the tourists, their best detergent wriggling among the particles of fabric, their good lotions, their perfumes that vanish the withered jasmine of Suchel Camacho, all those frivolities that we Cubans would like to have in the dressing table, become more intense and, from one moment to the next, they bore me. A foreigner lands on me with a colonizing stamp. I lose, with this, the last sigh of the last beer. The play of lights has disappeared.