When I first entered a recording studio, I believed myself to be Spock inside the Enterprise ship of the saga Star Trek. Nothing is further from reality. A study is nothing more than a multiple enclosure where the sound generated in a primary field (say the studio as such) is captured, processed, stored and reproduced in a secondary sound field (the control booth ... of the Enterprise).

A recording studio is characterized by three main parameters that place it in a quality standard: acoustic insulation, conditioning and technological level. A good acoustic and architectural design avoids that noises coming from the outside penetrate the premises and vice versa, either through slots, light walls or the structure itself; Perhaps acoustic isolation is the most expensive link and therefore weak in small studies.

Like the soundboard of a musical instrument, a good studio must "sound" good by itself. The sound is air in movement, in the form of waves that propagate through contractions and rarefactions, and that by striking the various surfaces are reflected again and again creating a phenomenon known as reverberation. The acoustic conditioning consists of controlling this process of propagation of the reflections in a room at convenience, by means of designs based on more or less absorbent materials that cover their surfaces, as well as diffusers, traps and panels.

The purpose of the study defines its conditioning. A study aimed at recording large choirs and orchestras is usually voluminous and reverberant, so that it has enough air mass to transmit high intensity sound waves, generated by a large number of sound sources, and enrich the set with the own reverberation of the enclosure. On the other hand, a study of voice dubbing is usually dry and small, where the reverberation could threaten the intelligibility of the dialogues, and color them with a different sound environment than the one to be transmitted.

The technology used in a recording studio can be of greater or lesser range, defining the category of this. The equipment installed in a studio is as important as the ergonomics of its design. Nowadays, with the development of digital audio, the sound equipment has become cheaper to such an extent that the small ones have proliferated home studios and project studies, often armed with technology that years ago we only found in the colossi of the recording. I make an assessment in this regard: it has been shown that the adverse acoustic conditions of the premises leave a greater negative imprint in the recording than the quality of the equipment used in it, within reasonable limits, of course.

Modernity has been buried, one by one, many of the great studies worldwide, due to its high maintenance costs, high rates, low demand and consequent low profitability. This has opened the way to small studios that, even at a disadvantage in terms of conditions and technology, satisfy the needs of the majority of current musical productions. Of the latter I will not speak today, but of three of the colossal ancestors that Havana has.

In 1943, the Areito studio was founded on San Miguel Street, in the heart of Centro Habana. It was designed by the musician and engineer Ramón Sabat, and inaugurated as Pan American Recordings (Panart), name that identified it until 1964, the year in which the EGREM was founded and the studio assumed its current name. For many years it served as the main study of recordings in the country and today is one of the oldest operating in the world.

It has an arsenal of Neumann U47, U87 and U89 anthological microphones in perfect condition. Its two large rooms, 101 and 102 (175 and 77 square meters respectively) also have small isolation cubicles for soloists, and control booths, which due to their outdated acoustic design, now obsolete, are not entirely comfortable. They are equipped, respectively, with an old and excellent console Amek Mozart and a somewhat newer Yamaha 02R. Until a few years ago, the Studer analog recorders were the main recording support used in Areito, now replaced by Protools stations.

Many revere the sonority of this study when describing it as "vintage Buena Vista Social Club style ". However, in its 75 years of existence figures such as Nat King Cole, Pacho Alonso, Orquesta Aragón, Irakere, Frank Fernández, Emiliano Salvador, Van Van and Silvio Rodríguez have left their songs in it, without that the sound of its furrows has been cataloged vintage. It is true that the study provides a very characteristic color, but the complement to achieve that acclaimed by some "old sonority" is the recording technique used for such purpose.

Having an acoustic camera is, even today, the pride of any recording studio, and it should be for Areito. This camera consists of a large volume enclosure with reflective surfaces, on the opposite ends of which a loudspeaker and a microphone are installed. The camera is used to add artificial reverberation to certain sound sources. Until the 1970s, this was one of the few existing methods of artificial reverberation, and certainly the most realistic. The use of digital effects processors in the eighties, and subsequently of plug-ins environment simulators, put into disuse the acoustic chamber of the old studio on San Miguel Street, giving another more social purpose to the site, especially at lunchtime of the workers. 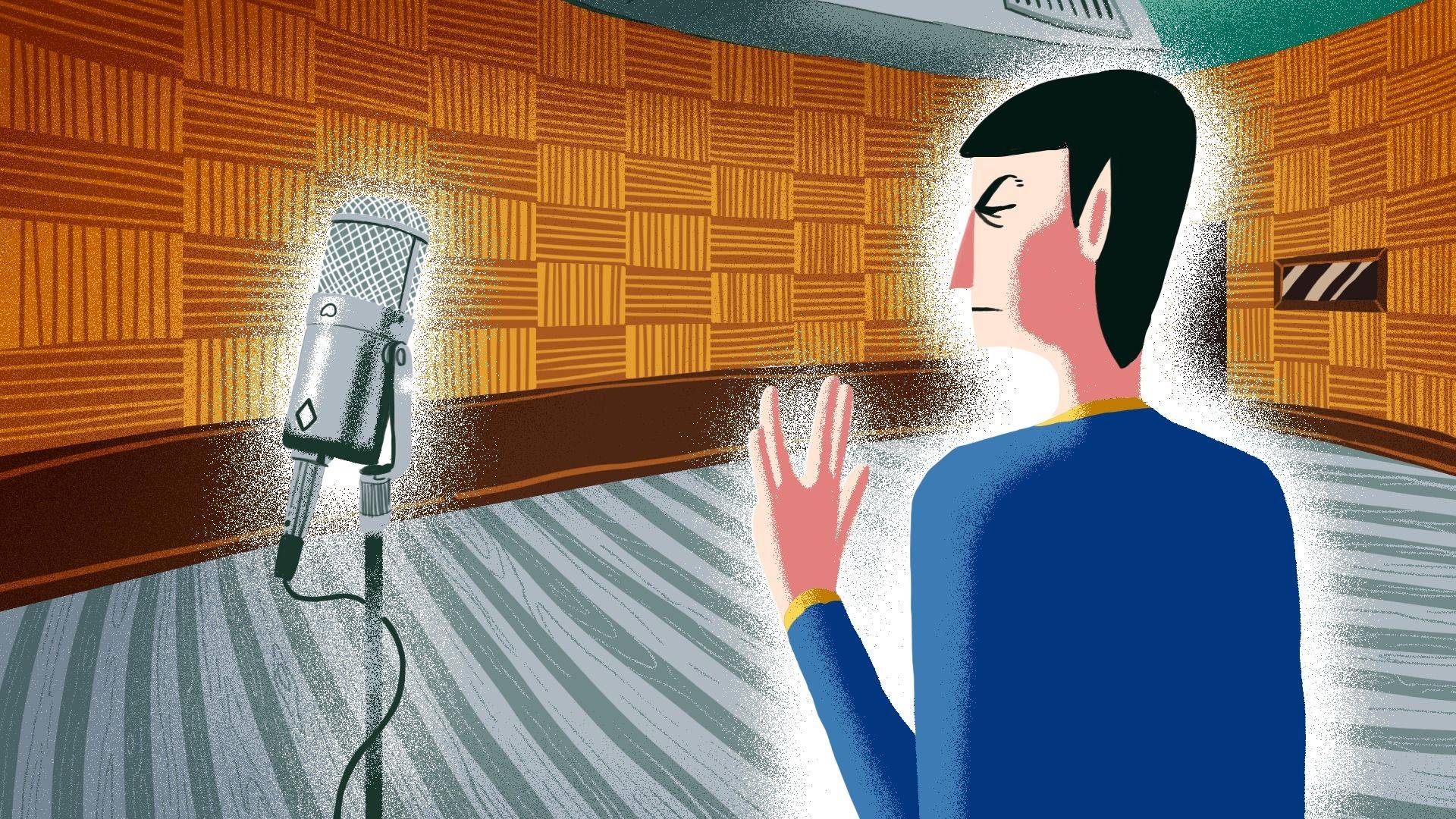 Founded in 1963, at number 210 on Prado Street, the ICAIC music recording studio survives over the years and the lack of maintenance. According to my modest opinion, it is the study with the best acoustics that Cuba has, despite the frequent noise that filters in the room, coming from a nearby elevator. Its spacious recording room can accommodate a large symphony orchestra divided into sections by moving panels, while the director conducts to the beat of the projected images on the screen that covers the back wall. An excellent MCI console located in a spacious and comfortable cabin is the technological heart of the studio, which had among other elements of interest with an old plate reverberator, once again discarded by new digital artifacts. On the last occasions that I worked there, the condition of the equipment and even the carpentry of the studio, attacked by the termite, was lamentable. A pity for the many memories of the Sound Experimentation Group of ICAIC and all of the Cuban film music that is treasured there.

The youngest of our large studios, perhaps among the largest in Latin America, has only 20 years of existence and stands on the corner of 32nd and 5th Avenue, in Miramar. I'm talking about the Abdala studio, which in a short time has seen recordings of important Cuban and foreign artists of the likes of Charles Aznavour, Inti Illimani, Arturo O'Farrill, among others. The facility has three studios. Two of them, the 1 and the 3, have similar technological resources, although the 1 is of greater volume and possibilities, with three cabins, a spacious main room of neutral acoustics, and a second smaller, not much loved by the engineers and producers for being extremely alive.

Studio 3 has a medium room, also quite neutral, and three cabins with different acoustic treatment that offer different options when recording one instrument or another. In addition to an extensive range of excellent microphones and a wide range of musical instruments, each studio adorns a piano by the great Steinway & Sons family. Both studios have luxurious Solid State Logic consoles, which unfortunately begin to suffer from "aches" from the use and lack of proper maintenance. Like Studio 2, intended for mastering, the 1 and 3 are armed with workstations with digital audio (DAW) Avid Digidesign Protools of last generation, expensive peripheral equipment and high-end monitors.

In 2018, the Abdala studio closed due to the collapse of the central air conditioning system. I hope that in the near future it will reopen its doors and that the humidity prevailing in the closed room and without ventilation will not affect its pianos and equipment.

Even in first world countries, the owners of large studios have been forced to look for alternatives to keep their profitable companies afloat, converting giants like Capitol Records or Abbey Road on set for the filming and streaming of live shows. Cuba is not far behind, like its counterparts in Los Angeles and London, our studios have served as the stage for multiple concerts on DVD. But Cubans at last, our initiatives have gone further: multipurpose cafeterias have been created in the spaces surrounding the studios, accompanied by concerts by groups belonging to the company's catalog or with transmissions of football matches or documentary films, and even with Pool tables for the enjoyment of visitors. Anything to preserve these gems of the record industry.

Alfonso Peña Cuban sound engineer with more than 30 years of experience in the Cuban music industry. Your texts and some examples of your professional contributions can be found on his blog https://piprofessionalaudio.home.blog/ More posts