Cimafunk for the USA in three acts

It's Friday night at No Name restaurant-bar on Fairfax Avenue in Los Angeles. A few blocks from here is the high school attended by some of the great figures of pop music: Flea, Phil Spector, Herb Alpert, among others. The place is bursting, there is a lot of expectation. The majority came "by invitation only". There are also many Cubans, one can tell because the accent is heard amidst the noise. The appointment is at 9:30 but the normal thing is that the show starts at least an hour later. At 10:25, Cimafunk and his band of seven musicians take to the stage and begin to download an overwhelming dose of danceable and contagious music. There are eight musicians on stage and space is reduced. But what does it matter, this is the first show in Los Angeles of the Cuban music revelation in 2018.

This first appearance in LA has a dizzying agenda. Tomorrow Saturday they play at a private Hollywood party, with some special guests; on Sunday they will make a showcase for members of the local music industry; and on Tuesday they close their visit to this city with a presentation at the Grammy Museum. 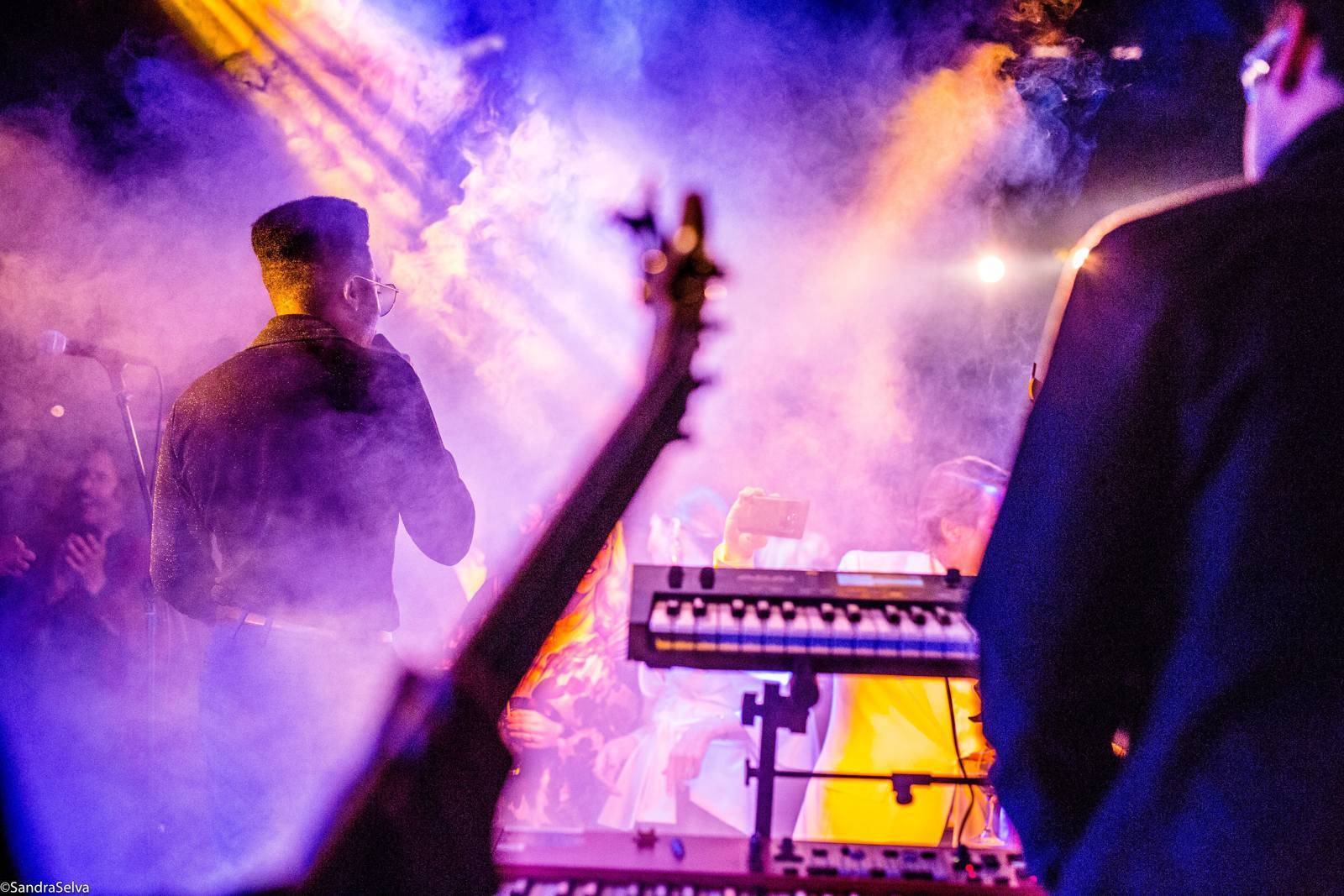 Cimafunk in LA, on his first tour of the United States. Photo: Sandra Selva Photography.

Second Act: Cimafunk in the first person, at the Standard Hotel in Hollywood

I meet Erik A. Iglesias, at the Standard Hotel on Sunset Boulevard, where the band is staying. Near here are the emblematic clubs of the birth of rock, including the legendary The Whiskey a Go Go, where they made their debut The Doors, Buffalo Springfield, Led Zeppelin, Van Morrison, Frank Zappa. The conversation goes from English to Spanish; When I ask him how he created the "Cimafunk sound", Iglesias responds with clear skepticism:

"I'm still in the process of finding the sound, of feeling it really conceived, because I'm still experimenting and with the musicians we're also in a process of experimentation, with very good energy and vibes, downloading music. But I do not think we still have a sound as well as personal, personal. I still do not feel that I have my own real sound, that you feel out there, go walking down the street and say, that's Cimafunk. "

Iglesias is aware of his popularity and knows that he can not stop creating and reinventing his music in each concert, even if it is a different audience in each city and each night.

«I'm still in the process of finding the sound, of feeling it really conceived, because I'm still experimenting»

Cimafunk is the tip of the iceberg of Cuban music. This project that began to explode a year ago, is one of many that exist in Cuba. Iglesias says that the Island is in a great moment of musical effervescence.

"There is a rebirth of musical genres in Cuba; People start to get more respect for what they have. When you do not see what is there, what you have does not seem so valuable to you. But when you see everything there is, and seeing all that you have, you say 'wait a moment, my brother, that everyone here ate. We are going to square things well, to square the rhythms, we are going to make Cuban music now, made by us. ' And that is what is happening, there are many doing Cuban music that is not necessarily traditional music, that has funk, that has synthesizers, that has rock, but it is Cuban music because it is made in Cuba, by Cuban musicians ".

I ask Iglesias what he would like to do in a year and he replies with a certain humility that he has no plans, he just wants to continue making music and more people know his work. 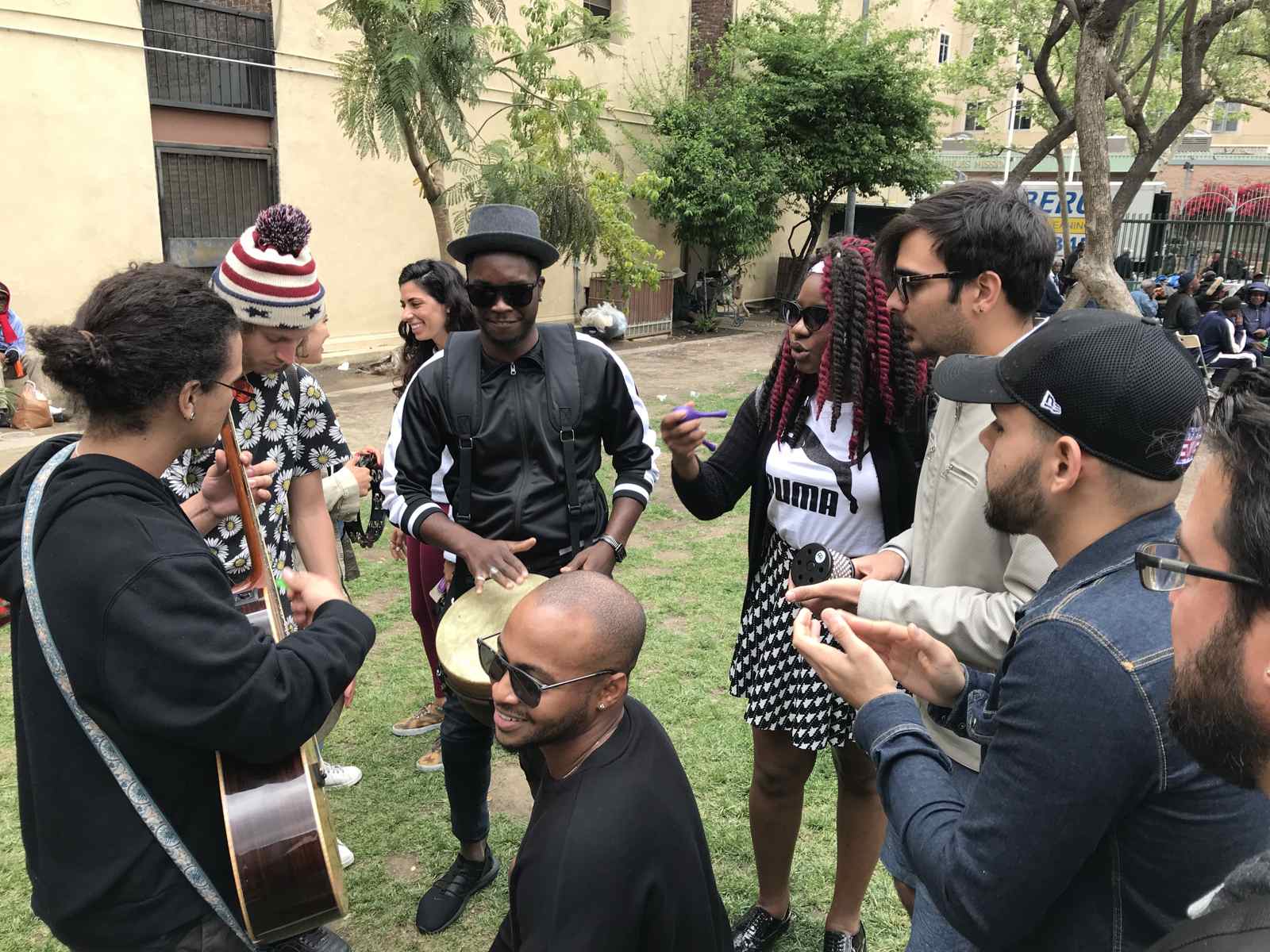 Cimafunk has been touring the United States at a conga rhythm. Since mid-March, and over the next six weeks, the group has performed in 16 cities, including SXSW in Austin, New York, Philadelphia, Chicago and New Orleans. But this is not a normal tour of the United States. Behind the tour is Collin Laverty, an expert in relations between the United States and Cuba, founder of Cuba Educational Travel, a company that takes Americans to Cuba and Cubans to the United States.

"We always try and do everything in two ways, when we can take Cubans, culture and Cuban opinion leaders to the United States, we do it. Here we bring many entrepreneurs and cultural groups. And that's how I originally bonded with Cimafunk, hiring him to do presentations in Cuba for my clients and then we came up with the idea of bringing him to the US. and give it some visibility and opportunity to establish networks. "

During the tour, Laverty organized showcases of Cimafunk for representatives of Google, YouTube and Netflix. On Monday afternoon, I found the band having lunch and playing at San Julian Park on Skid Row, in downtown Los Angeles, an area filled with hundreds of homeless people, the so-called homeless. I asked Laverty why he took Cimafunk to Skid Row:

"Two nights ago we performed for Leonardo DiCaprio, Sylvester Stallone and a star parade in a $ 40 million mansion in Beverly Hills, overlooking the entire city, and two days later, we're here on Skid Row. And then I think [that the two acts are useful because it allows them] to know America and understand and also appreciate what they have "

I told him that in the city of Los Angeles there are more than 60,000 homeless people: people with mental problems, people who were left homeless because they are unemployed and could not find work, war veterans, drug-dependents, and also many people who came from other parts of the country because here the climate is warm all year round.

"Of course, it's not the same to be homeless here than in New York." 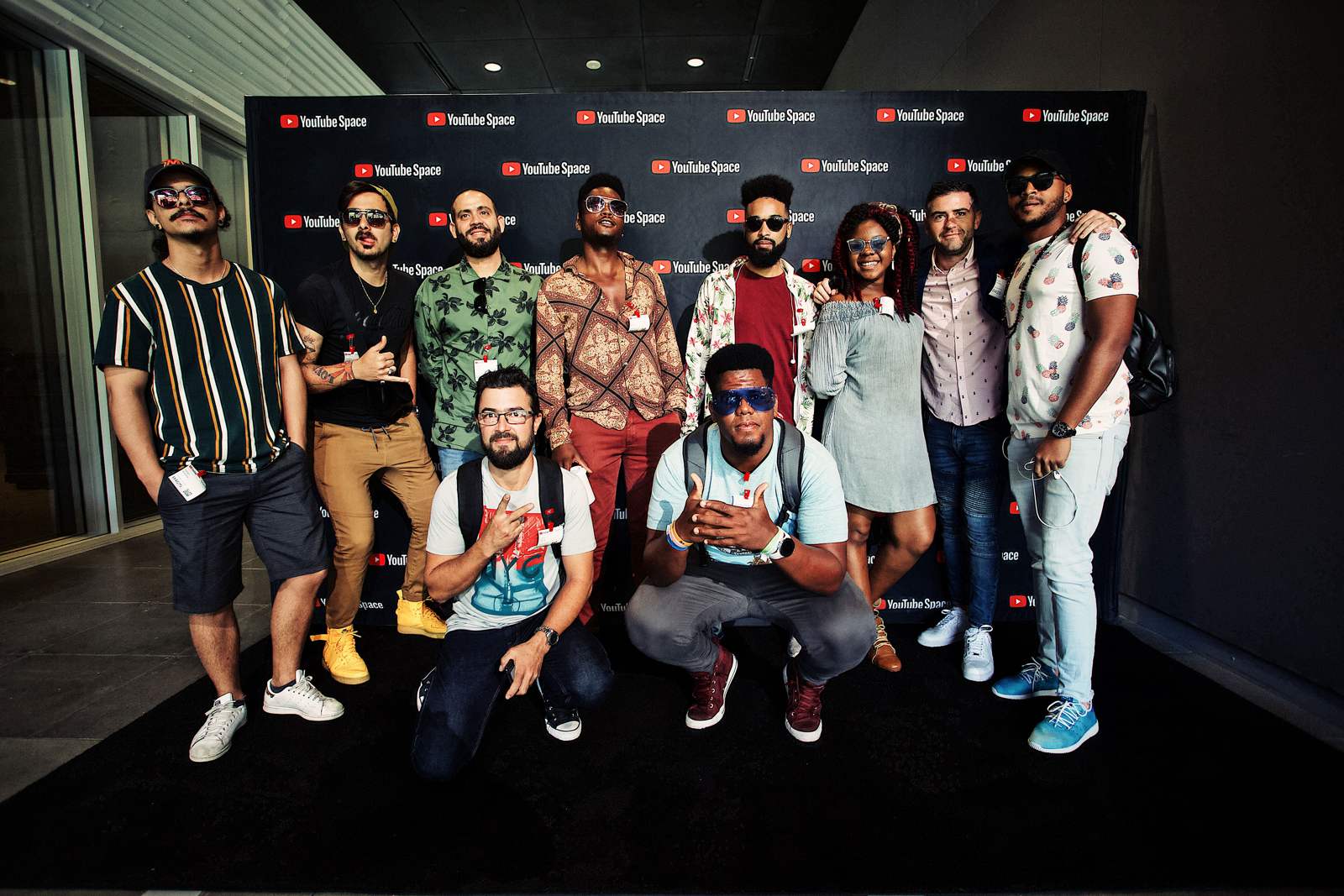 Cimafunk in LA, on his first tour of the United States. Photo: Sandra Selva Photography.

Epilogue - Cimafunk at the Grammy Museum

On Tuesday night, Cimafunk performed at the Clive Davis auditorium of the Grammy Museum. Before starting, moderator Scott Goldman announced that the following week, Bootsy Collins - one of the members of the band of James Brown, one of the great influences of Cimafunk - would appear on that same stage.

During the conversation, Goldman asked Iglesias if he considered himself a renegade, by changing the perception of Cuban music. Iglesias was clear and sincere: "No, no, no, it's not like that. I'm just recycling what is already done. I have not changed anything, I'm putting my musical style, these things I'm putting together in a personal way. They all do the same, there's no new music now, man. Many, many years have passed without new things. " After half an hour of questions and answers, Cimafunk returned to the stage with his band and began downloading several of his hits to two hundred people who could not stop dancing.

Collin Laverty says that Cimafunk has the talent and vision to become the greatest Cuban artist of today: "He is going to be the face and the cultural ambassador of Cuba, and I think he plays a very important role in allowing Americans understand the talent, kindness and warmth of the Cuban people that he clearly represents. "

For 60 years we have been trusting governments to solve it and have not done a good job. Maybe it's time to try something new and exciting, like Cimafunk.