Benny in Chocolate, the endless party

Chocolate's controversial declaration of himself as “The Benny of these times” has caused exaggerated reactions. Chocolate is a reggaeton singer who constantly hyperbolizes his epithets, a characteristic of the urban movement. On Twitter he appears as "the president of the Republic of the delivery men" and, recently, I heard him call himself the "God of trap". He is raising the note and, although it seems laughable, these appointments constitute legitimation strategies in a highly violent environment from the discourse, in which his colleagues respond with similar majestic distinctions. Does anyone remember the “Pen of the Republic”? Well, Chocolate has not invented anything new.

Borges said that “each writer [or artist] creates his precursors. His work modifies the conception of the past, as it has to modify the future ”. Chocolate has every right to see himself as the Benny Moré of these times if that changes the understanding of the cultural heritage to which he belongs. This data is not minor. On other occasions, he has been recognized as a debtor to the reggaeton player Elvis Manuel, whose early death moved his followers.

The other great sting of his detractors is that the singer has a large audience, of several generations, to whom he speaks in the same language and who turns his songs into hymns. He brought up the theme Palón divino that contains devices of racism (black and ugly), but from which it emerges (murderer / virile lover) in the conflicts of love / sexual relations, representing the male genitalia as attributes for love attraction. Who is surprised by this, when stereotypes of black men are expressed in correlation to virility and penis size; when the fact that black men are with white women is a sign of social success. Well, in the racist logic in which Chocolate creates, it has found its mechanisms to get ahead in reggaeton, in the same way that it succeeds in the industry: appealing to sexism, violence and objectification of women. 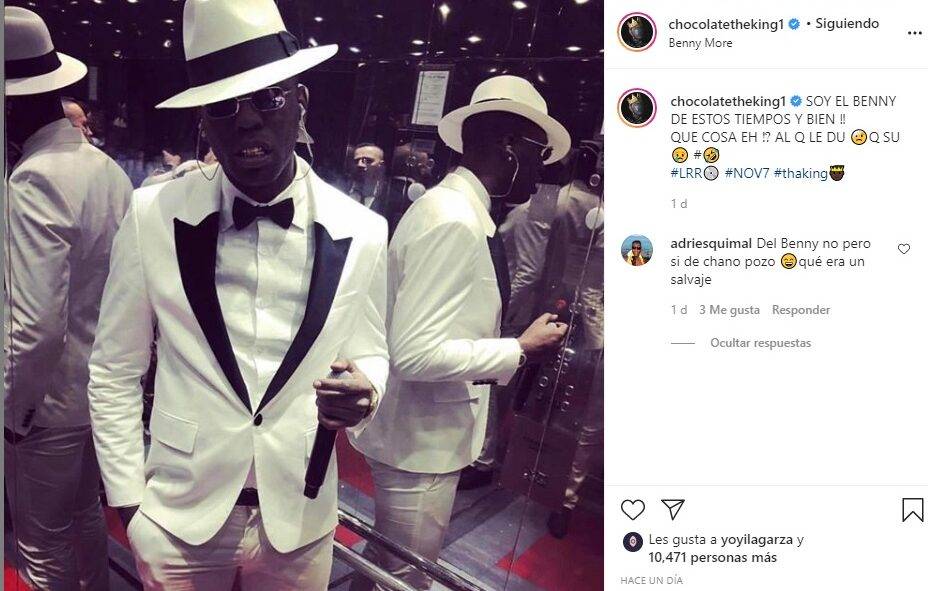 In the animus of the Chocolate censors there is an underlying racism and elitism in which only a few whitewashed can grant who or what are the cultural heritages of each one. Let's not forget that the artist's musical knowledge comes from the neighborhood. From there he sings and that is the place he returns to in his songs. However, the distances with Benny, as a musician, are not as many as many would like to appear. The music that they produce with singular mastery and in a self-taught way, the charisma, personality and love of the public appear as links between both singers.

On the other hand, music is a living fact even though the institutionality wants to give us crystallized or fossilized forms - such as son montuno - and categorically affirm that Cubanity is found there. Without understanding the complexity and performance that are obtained in each era, rewriting what is music; without realizing that audiences change and with it paradigms.