There is an affable and talkative guy who regularly walks through the government offices in Mexico City. Officials treat him with respect and familiarity, calling him by his first name, Omar. With his big nose, his cheetah thinness and the smile with which he accompanies an eloquence that disarms, this Omar, surnamed Mederos, customarily solves the bureaucratic wrongs of a myriad of Cuban artists who perform there.

Their work is not reduced to paperwork. If asked about his trade, he will say that, in league with Sareska Escalona and Tomeguín S.A., he has been promoting Cuban culture in Mexican territory for more than a decade. The curriculum of this alliance is a list of presentations by luminaries of the Cuban scene that is something to show off. Whether the troubadours Pablo Milanés and Silvio Rodríguez, the jazz musicians Paquito D´ Rivera and Arturo Sandoval; Omar scarcely watch them from below.

It is difficult to notice the presence of Omar's contribution in his works. Like any good producer, his talent is in making art happen as a natural, spontaneous event and that, in the performance of the artist, the producer's seams to disappear. Omar gets involved in projects that avoid nationalisms. The transnational nature of his proposals is clear in his debut in Mexico that took place in 2000, in Ritmo Son Latino. This Televisa music channel amalgamated an international programming, with videos and presentations by artists often unusual on Mexican television.

Omar gets involved in projects that avoid nationalism. The transnational nature of his proposals is clear in his debut in Mexico, which took place in 2000, at Ritmo Son Latino. This Televisa music channel amalgamated international programming, with videos and performances by artists often unheard of on Mexican television.

In 2019 he collaborated in the effort that tied the Canarian singer Olga Cerpa with the Unam Symphonic Band in Mexico, the Las Palmas de Gran Canarias Symphonic Band and the Amadeo Roldán School of Music Orchestra in Havana. Omar enjoys that the album and the concert tour connect many shores of related waters 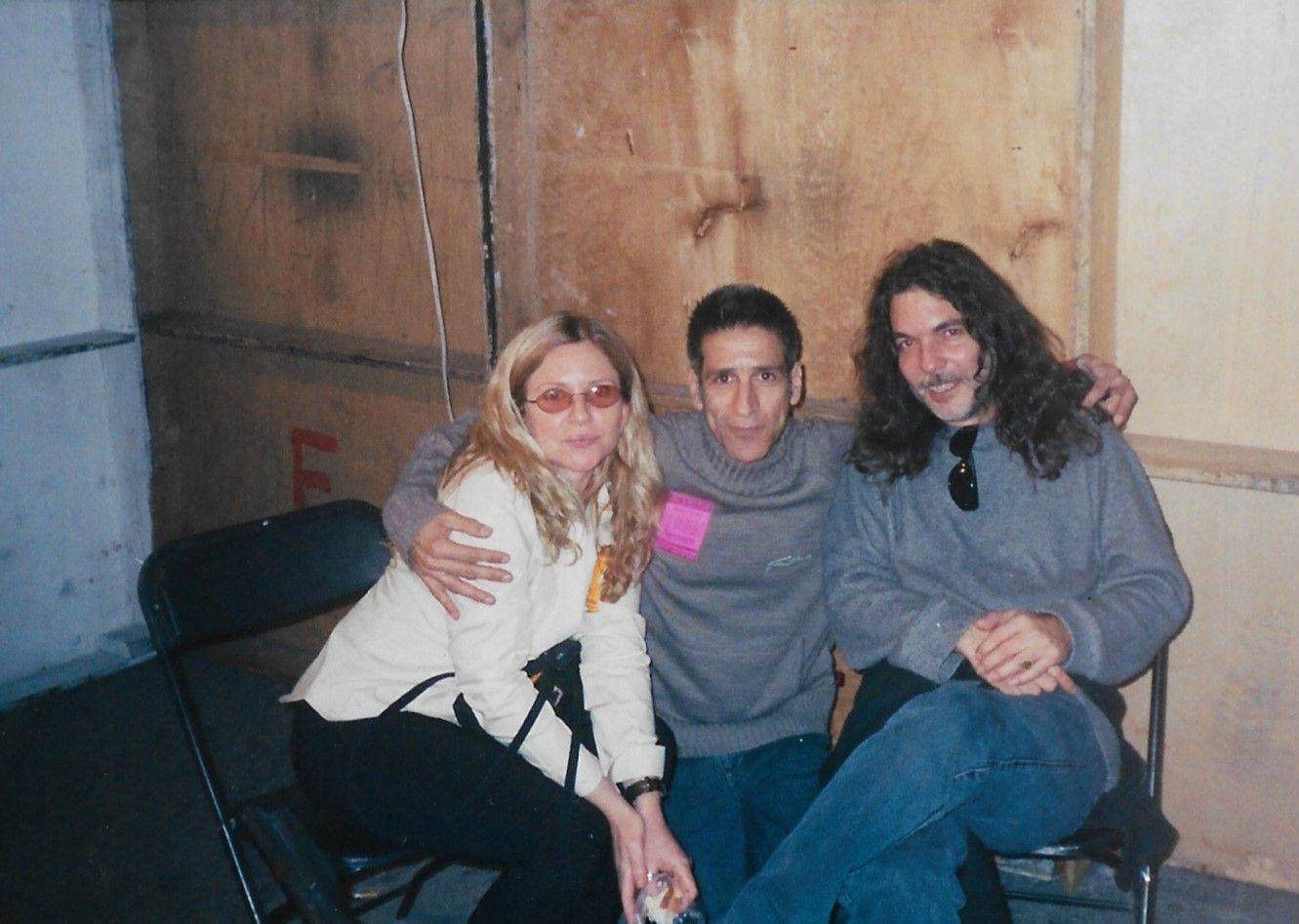 A common dilemma in his life is to choose between working with what brings him prestige and income or producing what touches his soul but that sometimes does not give him a single peso. Without boasting, he counts among his most recent achievements the Chucho Valdés concert at the National Palace of Fine Arts in Mexico City in 2019. It was difficult to get this place reserved for symphonic music, ballet and dance to present a musical show of Cuban jazz. According to Omar, the theater and the artist deserved each other.

Omar is also guilty of insisting on producing and directing shows where the coexistence of genres, styles and times is not a requirement, but rather a premise. This preference of yours for hybridity in the performance showed up at the show Cuba sings to Lara in the Zócalo of Mexico, in 2010. Thousands of chilangos witnessed the classic boleros of the Mexican Agustín Lara in the voice of Cuban singers as dissimilar as Pablo Milanés, Pancho Céspedes, David Torrens, Kelvis Ochoa and even the eternal Aragón Orchestra.

Omar's commitment to art has occasionally clashed with survival, but art always manages not to let go. During his residence in Venezuela in the 1990s, like many other Cuban émigrés who were also colleagues in the culture, he debated between proudly saying "I am a professional" or more humbly "I do whatever."

At this time, when he "ate cable" three times a day, he kept a notebook with the titles, and from time to time a brief description, of the shows, documentaries, films and other projects he planned to develop, including an international concert at El Angel Falls, which Sting would host. None of those events happened. Sting still doesn't know anything and the notebook—tragedy—was lost. However, the newly arrived immigrant managed to produce and tour that country with the Cuban cabaret From Cuba I bring. A troop of Cuban and Venezuelan musicians and dancers staged on stage, backing up the trio Ensueño and the singers Canelita Medina and Neiffe Peña. 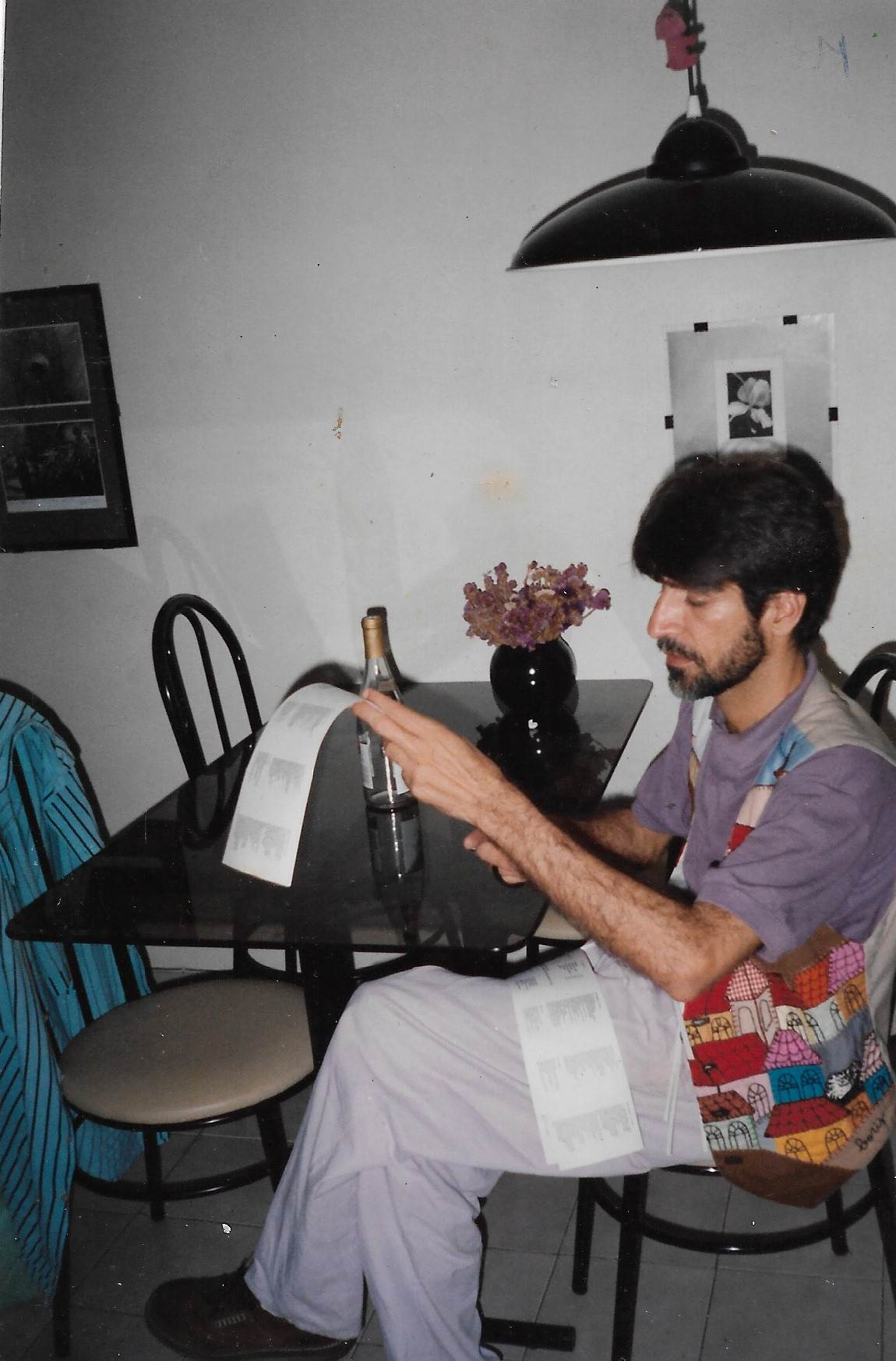 Between 1995 and 1996 he also organized an impossible and unthinkable tour that presented the Cuban singer-songwriter Polito Ibáñez in the most important Venezuelan universities and made him known among his students. On that occasion, Omar was barely replicating the experiment with which he participated in sponsoring the launch in Cuba of Polito and, a few years earlier, of Carlos Varela. On the island, he had the support of the Hermanos Saíz Association (AHS), of which he was a founding member, vice president and director of its headquarters, the Casa del Joven Creator (from 1986 to 1990) and later, general producer of the AHS de 1990 to 1995. He used the privileges of his position and the concurrence of efforts of devoted friends (and friends of friends, lovers, lovers of friends, friends' mothers, sometimes fathers, often neighbors, acquaintances and , to be exact, the ineffable solidarity of the population in general) to promote artists of all art forms. Under his direction, the House of the Young Creator became a refuge for the youngest and most aesthetically revolutionary bohemian. He bid to open the doors of the enclosure to those who deserved it and not just those who liked it the most. He dedicated the same love to the trova that he loved as to a national rock that was as enigmatic to him as the conceptual and abstract art that hung in his rooms and offices. Even then it was clear to me that Cuban culture needed the constant renewal and diversity with which it had been engendered.

From that house he helped conceiving the First Festival of the Cuban Videoclip, held in Santa Clara, and the ‘’La Invasión’’ project that toured all of Cuba in 1988 with artists from the AHS. This is how he conceived the idea of making a homeland, linking peoples and generations with art. 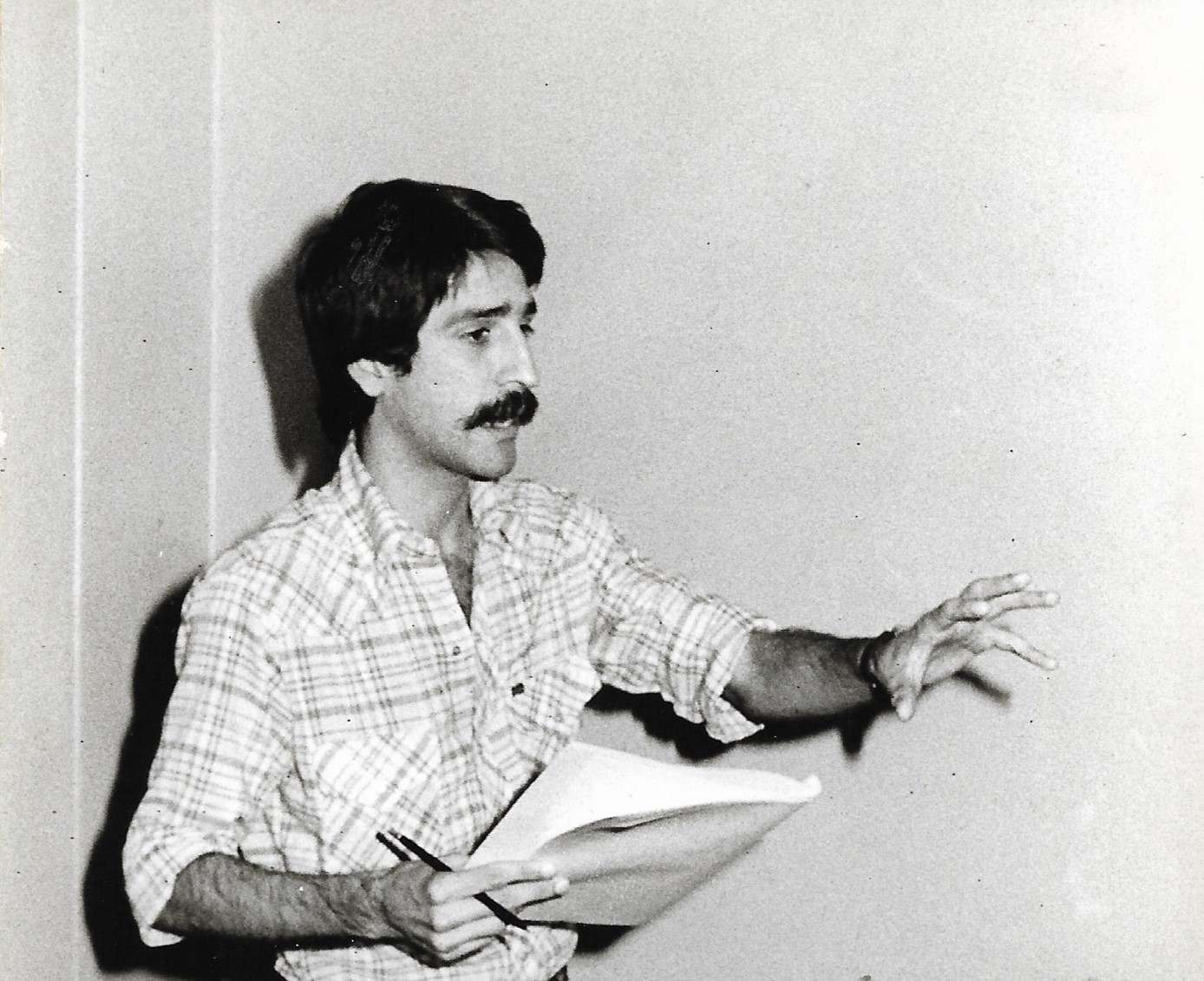 When asked about his beginnings, he talks about the year 1979, about his work in public relations at a classical music festival, about a concert by Silvio Rodríguez. The beginning has to be doubted. It would be more accurate to remember a humble home in Remedios town. There, in the absence of further adventures, his mother nurtured him with stories, songs, the radio and the best black and white television. Every day the son saw the mother seamstress turn the flat fabric into an elegant three-dimensional suit. From his hand, year after year, he approached curious to observe how his fellow citizens turned a dingy truck into a lavish party float. He fell in love with the resulting party but also with the painstaking preparations. Without suspecting it, he enrolled for life in the process of producing art that cheers, encourages and makes one think, making the eagerness for progress and renewal essential. Finding out later that an artist's talent is often inversely proportional to his ability to manage and directly proportional to his reliance on false promises from dubious promoters encouraged him to help.

In Havana, when the processes got stuck, when the functionaries dominated, when the allies did not seem so, he grabbed a bicycle and did not stop until he found the dog's tooth on the Alamar coast. In Caracas, when he went through the same thing, he would scrub or grab a broom and start sweeping. In Havana he was pissed off; in Caracas he got horny. In Mexico, more and more adolescent, he begs YouTube for a miracle or a relaxing appearance that is made in an old video of Benny More, Rosita Fornés, or the pleasant discovery of an interpretation of Perhaps perhaps Perhaps by Tonya Saputo.

This morning, from home, well accompanied by her loving husband, she gets artists for festivals and shows on-line. He swears that the virtually possible is the present and the future. While others plan the retreat, he gets busy planning how to keep the party going. His party.

Alexander Aragon Habanero now in Bklyn, in the "steal, break, turn." Involved with feminists in the social. It is the other (spiritual atheist, gay, white of color). Listen to audiobooks from the public library. He wrote poetry and contracts. Write miscellany on request or need. It has been bilingual since 2001. More posts