He taps his fingers on the edge of the sofa as we talk. He doesn’t try to contain himself. “What do you dislike about interview?” I ask him cautiously. “When they ask me about politics!” he answers without thinking twice.

The depth of his music not allow for detours or convenient shortcuts. One hour with Alain Pérez can go by with dizzying speed; with the clock against us, we go directly to the emotional core of one of the best known artists of today’s popular dance music scene in Cuba.

About his early years, we know he was just nine when he went to the city of Cienfuegos to sing as an amateur in the group Cielito Lindo, leaving behind the bell tower that loomed over his childhood in the former sugar plantation community of Manaca-Iznaga in Trinidad. There, during family parties and the get-togethers of his grandfather Eduardo, he heard and absorbed from an early age the essence of traditional Cuban music genres such as son, guaracha, and punto guajiro and their picaresque, everyday poetry. There, he strummed a guitar for the first time with his father, Gradelio Pérez.

“When I remember those times, I always see myself dancing. Once you’re old enough and begin to be stimulated by music, you respond in a very natural way. I did so through my body’s connection to the rhythm, the joy,” confesses this guitarist, bassist, composer and music producer, who now also treasures times shared with renowned Cuban musicians like pianist Chucho Valdés, Issac Delgado, Juan Formell, Celia Cruz, as well as Spaniards such as Paco de Lucía, Enrique Morente, Niño Josele, and others.

From Manaca-Iznaga to Cielito Lindo and to the Manuel Saumell Conservatory of Cienfuegos. Who discovered your potential for music?

It was my dad who understood that I’d been born for music. He would have me dance and sing at all the parties and festivities in town, and I loved it. At one of those parties, I was discovered by a sound technician from Cienfuegos. Cielito Lindo, a group directed by saxophonist Enrique Pérez, was looking for a singer, and without much of a fuss, within a week I was on the way to see how I would do in that band. That was the first big door that opened up for me in music. Enrique took me to live at his house at the age of nine; at the same time, I began studying at the Manuel Saumell Conservatory, and I was separated from my family. Since then, that distance has been the biggest sacrifice I’ve made, and not in vain, because music has filled up all the empty places.

That was another big confirmation in my life. I was 17 years old, just imagine — how many musicians wouldn’t have wanted to play with Chucho? I was privileged, and so I enjoyed it, absorbed it, and got everything I could out of it, taking in all the energy around me.

How did you join Irakere with Chucho Valdés?

I and my group, Sícopa, played at the opening of an international course for Cuban popular music that was being held at the ENA. We were the group that represented our school at all of the events, and that day some of the musicians there were Juan Formell, Jose Luis Quintana (Changuito) and Chucho Valdés. When we finished, Chucho was the only one who came up to congratulate me and he said, “Kid, you have tremendous talent. Would you like to do an opening act for an Irakere concert?” Think about that….

After that show, he offered me work as a keyboardist and singer with Irakere. That was another big confirmation in my life. I was 17 years old, just imagine — how many musicians wouldn’t have wanted to play with Chucho? I was privileged, and so I enjoyed it, absorbed it, and got everything I could out of it, taking in all the energy around me. 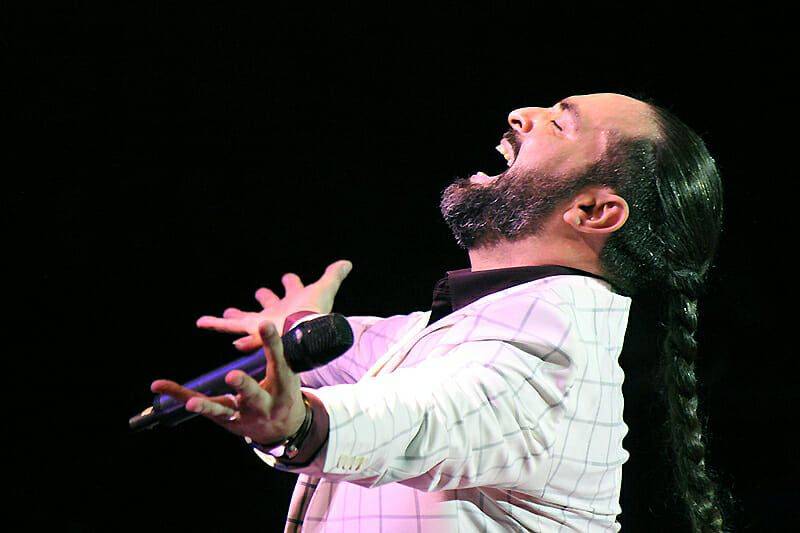 After Irakere came Issac Delgado, with whom who had a long career as a bassist and musical director. During those first 10 years of your career, what truths did music provide to you?

Music is continuous experimentation, maturity of sounds and languages. With all of those experiences, I understood that this never ends as long as we try to say things from the heart, with depth and intellect. With harmonic richness and lots of sentiment. With the years you learn that music is about taking the leap, trying, and knowing where I want to go. You assume that we always find different voices, different emotions, different sounds. In its continuity, that’s where the beauty of music is.

It’s 1998, there’s a shift in your life, starting over. What did Spain bring you?

It moves me to talk about Spain, inevitably. Music and life are one and the same. Spain gave me stability and the possibility of looking into Cuban music. It was the opportunity to recognize that the entire world worships our music. In that environment — perhaps cleaner, without social pressure, with more information and access to history — Spain allowed me to sit down and study, confirm, and verify with the world the validity of our sounds.

Flamenco changed my life, my way of feeling melody and harmony. Flamenco comes naturally for me now. When you spend 16 years living in a country, playing and going all over the world with its music, it’s impossible not to inherit its discipline, the traces of its melodies when you create, the esthetics and architecture of its sounds. Of course, a big influence there was Paco de Lucía. His constant demands for quality, precision and exactness changed me. “We’re going to make clean, impeccable music, even its popular, but we’re going to be careful with it!” You know what I mean? That is something that Paco taught me, and that also Spain gave me, along with my daughters, who are the best thing about my life.

How do you translate Paco de Lucía in your music?

When I am composing, playing. I think the best way to hear Paco in my music is finding the concentration of his work method, his exquisiteness for finish, for observing every detail, even when playing live. Each instrument has its color, its execution, and to the extent that everybody interprets it their way, it creates harmonies, layers and textures. That’s how you have a logic, an orchestra, a voice.

How complicated is it to make Cuban music from somewhere else in the world?

One type of Cuban music is known around the world: traditional son, Celia Cruz, the Buena Vista Social Club…. This is like the ABCs for international stages. In real life, timba, the way it’s done in Cuba, is not easy to digest for the passive ear of the foreign public, because it’s the result of mixing jazz, son, American music, funk, rumba, etc. Timba is the evolution of all of these sounds, and that’s something the world doesn’t understand yet.

Why did you decide to return to Cuba?

I am made out of Cuban music – it is my roots and inspiration. I feel like a guajiro, a simple guy, and very Cuban. Neither the world nor its most advanced technology is going to change me, and neither will fame or any award. I mean, I’ve experienced some marvelous things since I was very young, and I always come back to the place where I belong spiritually! 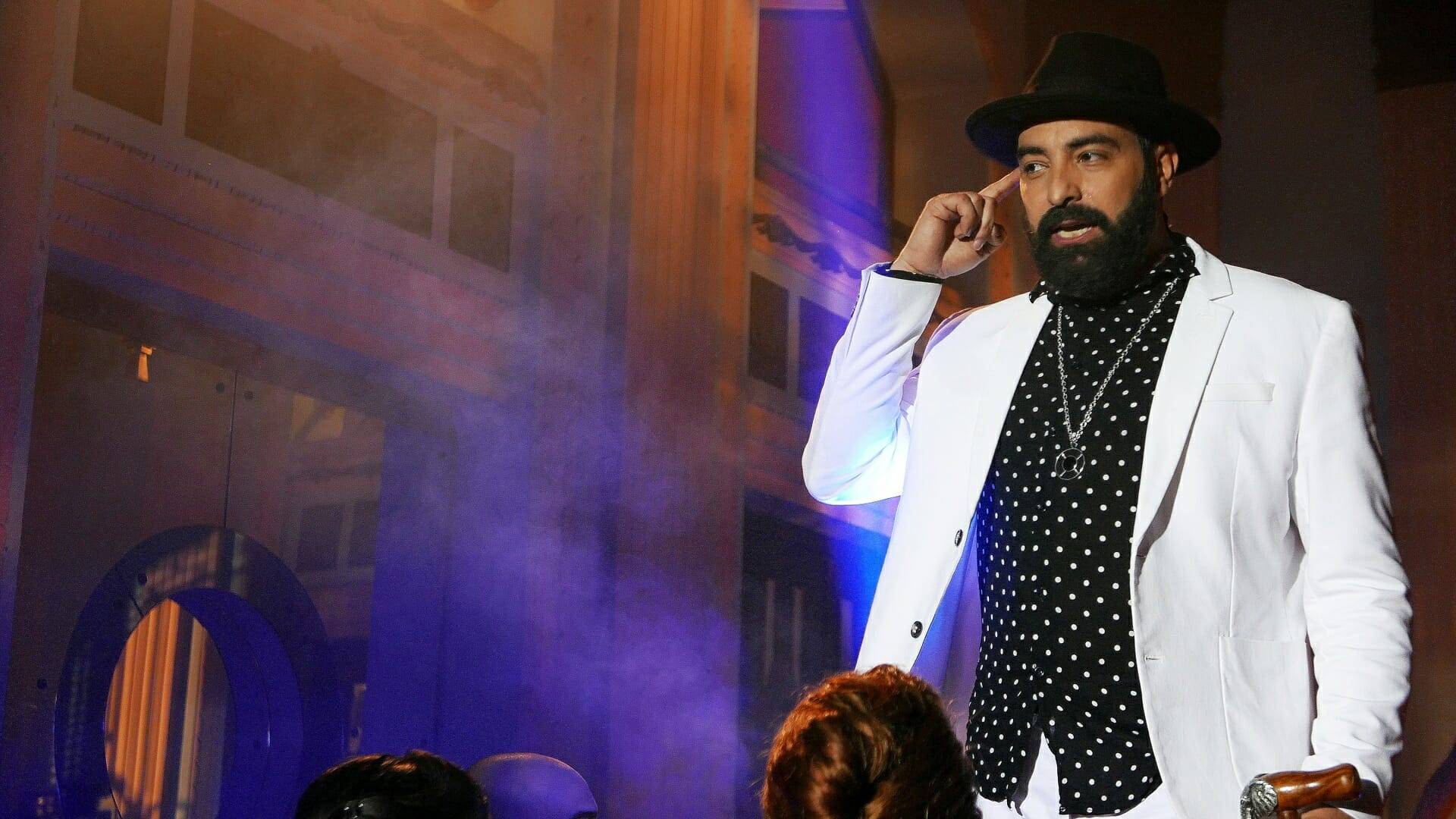 Gradelio and Alain Pérez, the actor and the script?

Sometimes he used to tell stories that had nothing to do with my own experience, because of my age, but we gradually came to an understanding and were able to make our discourse more mature. People ask me, “Why don’t you write?” and even though I sometimes give him drafts of my ideas, I always say, I’m like the actor and he’s the one who writes the script of my stories! With my dad, I can achieve other textures, other emotions.

I am made out of Cuban music – it is my roots and inspiration. I feel like a guajiro, a simple guy, and very Cuban. Neither the world nor its most advanced technology is going to change me, and neither will fame or any award. I mean, I’ve experienced some marvelous things since I was very young, and I always come back to the place where I belong spiritually!

What makes you passionate? What is essential to the music of Alain Pérez?

The rhythm, it’s everything. It’s life itself, it’s waking up and going out into the world. It’s the same thing in music. Everything comes out of the drums, the melody is there in the drums; that tribal thing, folkloric, dance, voices and rhythm. The rhythmic detail is essential to my work. I liked flamenco so much, for example because — aside from the whole harmonic concept and the devotion of those singers and dancers — the rhythm opened up for me like a whole new language. It drove me crazy.

A lot of musicians feel the beat somewhere else, they hardly ever agree with me, but I feel the rhythm in the tempos out of place, the weak tempos of the syncopation, the drum, the rumba, that flexibility of dance, the body — all of that is present in my way of creating. You have to tie yourself to something that defines you, and for me, this is like a hallmark.

Hat, suit and cane. What’s behind that esthetic?

Oh, I think that the stage is also a place to inhabit with a theatrical concept, esthetics and glamour. I really identify with that Cuba of the 1950s, that way of dressing that somehow goes a little against what is usually seen in the genre. I might wear stylish ripped jeans, but I enjoy that elegance on stage much more. shingle, but I enjoy more elegance on stage.

The cane? It’s a nod to Benny Moré, of course. I’m not religious, but when I’m making music, I inevitably have to bow down to the greats like Celia, Benny, Juan Formell, Paco. I have to sing to the sentiment of the great ones who motivated me to be who I am. That’s what inspires me onstage.

When you are on stage…

Oh, now that’s crazy. As the years go by, I get more and more connected to the stage. I unfold, I’m possessed by a very wonderful, totally spiritual energy. In Cuba it is a supreme experience, because we have our land and our roots in common, and so that moment of ecstasy is tripled, magnified.

The phenomenon of performers who want to display their technical virtuosity at any cost — what is your experience with that in your band?

First, the concept has to be clear. Who are you playing for? What are you playing? Musicians today should be able to accompany, including in jazz, where there is a broader concept of improvisation. I think there’s a problem with musicians, in general; some know how to perform, but not to listen, and that is annoying in every sense. Not listening can affect the dynamic, sound, cleanness, time and stability of a band.

I have young musicians that I’ve had to pass through a filter first to be able to achieve a simple, profound coherence. Apparently it’s more elemental, but the effect and result that it has for the band, for the song, for the dancer, is totally different.

If you had to create your DNA with music, how would you do it?

I would put African rhythms, jazz, flamenco, the sounds of Brazil, and lots of, tons of, Cuban music.