When I entered the Ena they forbade us to go to the Isa cafeteria. It seems that the kids got into the university parties, got drunk and finished. I was 15 years old the night I jumped into the pool at the Faculty of Music. I do not forget the general mess caused by the sound of Interactive in the background. In the courtyard of the Faculty of Plastic Arts, baptized as La Vagina, electronic music was a trance during the early hours, they passed the clothes from hand to hand, as if everything was legal. The central cafeteria, from eight in the morning, was full of people chatting; there I met, with my Carmelite uniform, the most picturesque characters of Isa: artists, teachers, dealers, sneaker skaters. At a table, four drunken jazz players singing a Coltrane tune; over here some girls warming up to have an orgy; a junkie harpist said she was studying “baffle”, the painters with their pints drinking coffee; the actors stuck in their unpredictable channel; the classical music, very serious, conversing well dressed; the cafeteria tables testing their resistance to any type of event.

Walking through Plástica was a surreal trip. The domes were always active and producing. Paintings, sculptures, installations, the open engraving workshop, the dark and mysterious corridors. There we hid in uniforms to drink coffee and be free. In the smaller cafeteria, they played contemporary yuma music and we could take out the bottles of rum without a problem. On the picket line, fagots had supremacy, I remember how they made me bullying and they discriminated against me for being rare among les rares; The girls talked openly about anything, and I felt a lot of love, always, for everything. We hated the Ena education system, and the Isa taught us how to escape the anti-artistic dictatorship and the semi-military regime imposed on the hostel.

In the Faculty of Music, during the day, the notes were entangled from classroom to classroom. Classical pianists burned 24 hours a day, flute, double bass, singing, percussion teachers... together they made great magical music. In the surroundings, always the one with the trumpet, and in the forest a saxophone descending scales and arpeggios. The true metatrancoses would gather in Juan Piñera's studio, listening to him tirelessly give pooch. And on Wednesdays Las Músicas Itinerantes sounded in the hall, with all the avid composers. 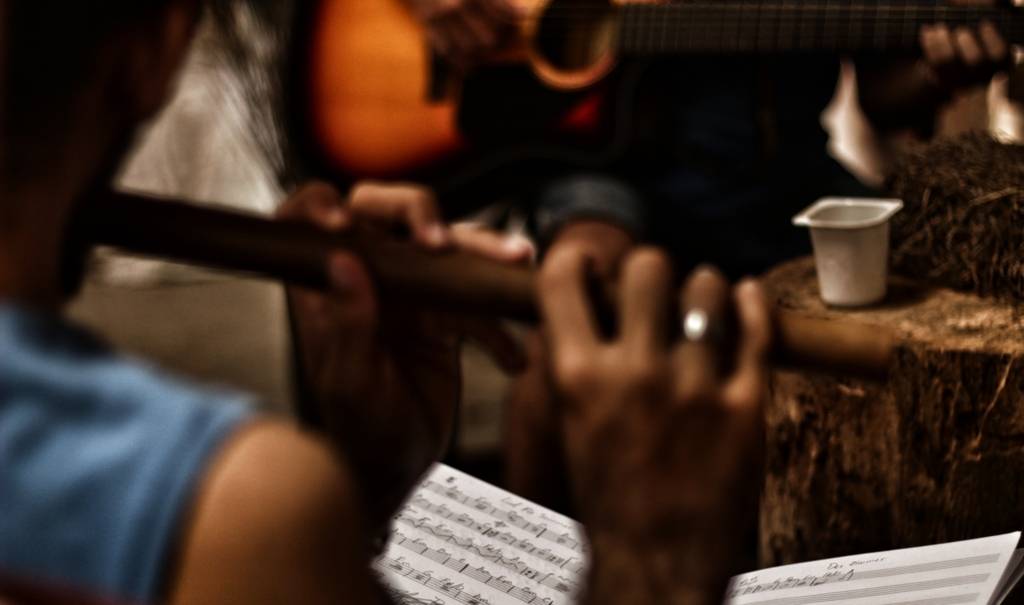 In the hostel cafeteria, weekly, a saxophone quartet formed a jam. In the days of JoJazz, all the musicians rehearsed at the same time. And the concerts in the courtyard of the Faculty were historic moments.

The day I enrolled at Isa, in September 2019, a concert was improvised in the cafeteria. My Latin American friends praised the intense cultural life of the institution. All the characters walked colorfully and gathered in groups. Parties were held at night. The theater floor was an eternal experimental stage. They were all crazy. An interdisciplinary piquetón began to make Elementales Leshes parties, with concerts, exhibitions, movies, free drinks, soups. In a dome with open windows, there was a pile of youngsters twisting, and les de la Feu, with their backs turned, looking at Inti and Piñol singing; Half Gram kicking her out with Ledea, becoming a galactic solo. How to forget that? The public was large and the wine did not end. They gave us five in the morning dancing.

Many parties and adventures were planned in March 2020. We were told that in a month we would be back, but much more time passed. The school finally reopened in November 2021 and we saw each other again.

The new rector began the course with strategies to keep the students peaceful. Every Wednesday, party! A lot of reggaeton and expensive drinks with little alcohol. They quickly emptied out and became "recreations". The scholarship has also been emptying.

Although the food has improved, people complain about how bad the school is. The classes, the opportunities, the artistic life. Fewer and fewer people pass through the corridor. It may be that they haven't reopened the central cafeteria, but you don't see pretty and colorful people inventing crazy things there anymore. The classes on-line They don't add much either. "This is dead," a member who passed after a long time told me. 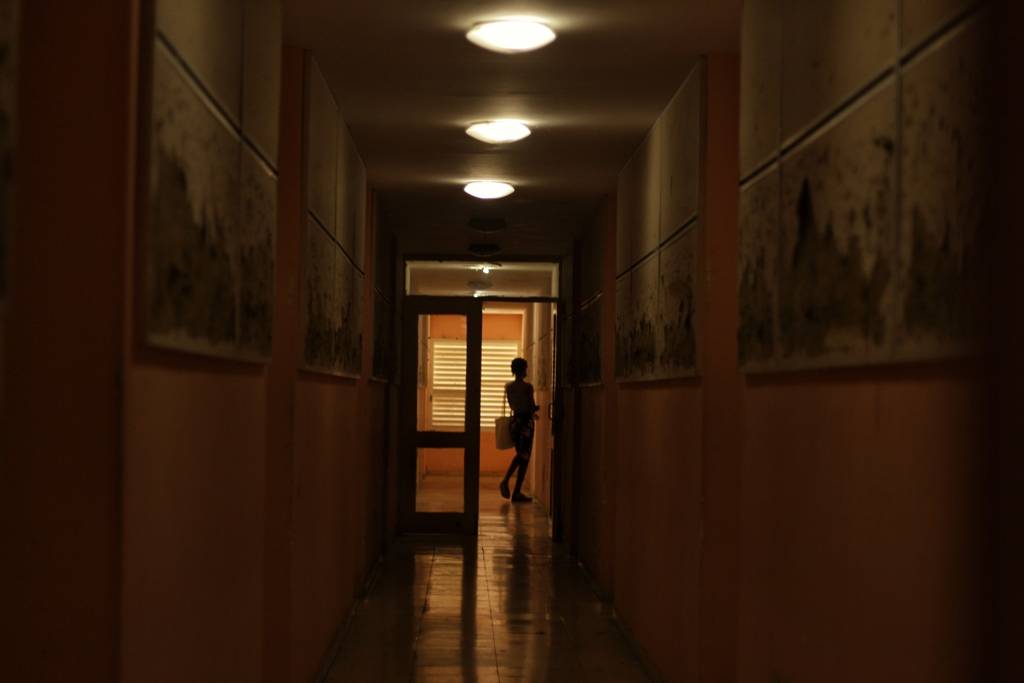 La Feu managed to make two peñas in this course, without many Isa artists being involved. In a tense month three concerts were suspended. The reds do their hidden clubs without making a promo. During the Havana Biennial we have seen several painters' domes become garbage dumps. The Itinerant Musicians spent only one day at the Faculty. In the hostel there is a silence that is only broken at times by mosquitoes, reggaeton and the stunning timba. Les de Plástica, Famca and Teatro don't even appear at the recreations. The most addictive thing there is is the peanut nougat, and the most psychoactive is the nightingale that sings in the morning.

The squirrel population grew during the quarantine. Soprano and tenor birds reached the tops of the trees. Now the ruins preserve a Taoist emptiness, a rare silence to find. The river runs faster than before and has less garbage, although the lawns are full of plastic that the Quibú drags along. There are days when the wind is howling and it's scary. The sunsets from the Ruinas del Gusano are orchestrated by the leaves of the trees, in unique and daily shows. 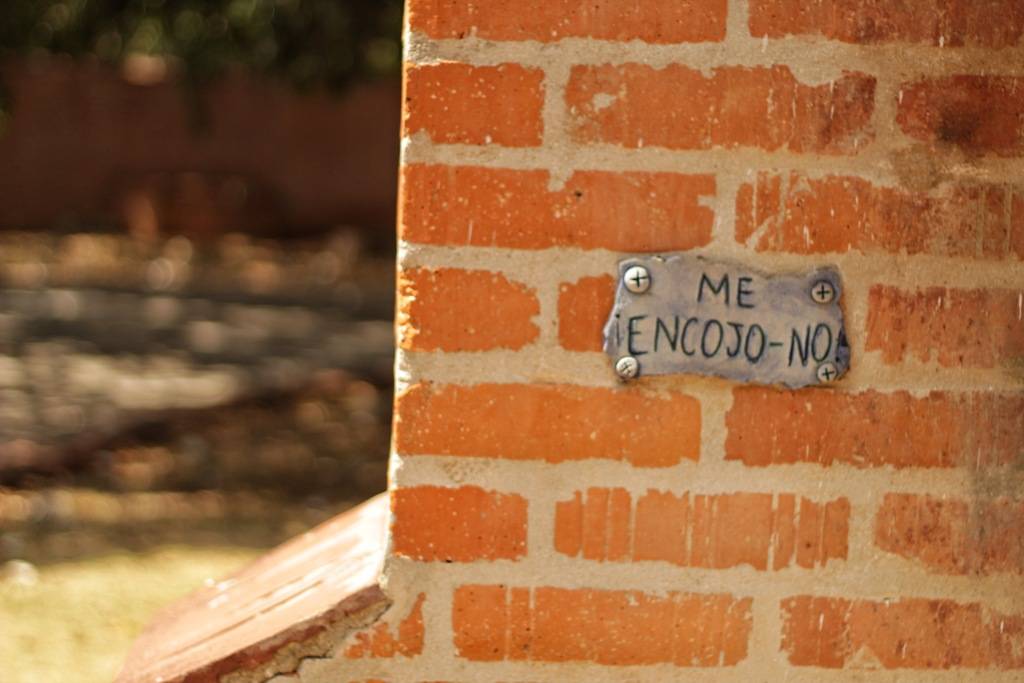 There are few of us who have a cup of coffee looking at the twilight. And we care less and less what happens outside or in the minds of CVPs. Yesterday I found my painter friend playing the bamboo flute like a little bird. In silence we inhabit a space that, although controlled and guarded by censors and insurance, belongs to the free, to those of us who are happy hugging a tree.

The Isa is today a natural park, where the ruins of an artistic society await. It is a moment of silence, depressing. Or of contemplation, to feed the soul. Meanwhile, the metamorphosis continues, destiny takes the brush to teach us how to live. The squirrels hide in the leaves, and the sun goes down, without further ado.